As 2022 edges closer the prospect of conflict is high. Whilst Russia and China are emboldening each other there are also other regional conflicts that have the potential to draw in the global powers

As 2022 edges closer the strategic landscape is as unsettling as ever. The prospect of conflict is high with some linked by unknown levels of collusion whilst others have been simmering for a long time and tensions are boiling over. Whilst Russia and China are emboldening each other their conflicts have the prospects of changing the global order, but there are also other regional conflicts that have the potential to draw in the global powers and re-order the power in their regions.

The Battle for the Edge of Europe

It has now been 6 years since the Euromaidan protests led to the overthrow of the Pro-Russian Victor Yanukovich and what ensued was another colour revolution style uprising where Europe and the US backed pro-Western Ukrainians and Moscow watched in horror as another former Soviet Republic got the ‘liberation’ treatment.

But Ukraine is not simply another former Soviet republic, Ukraine is integrated into Russia’s agricultural belt and much of Europe’s energy comes via energy infrastructure that goes through Ukraine. Ukraine is also less than 300 miles from Moscow so the loss of Ukraine for Moscow is existential. This is why Russia responded by supporting militias which took over parts of Eastern Ukraine. Russia then used its naval presence in the Crimea to conquer it and then formally aligned it with Russia through a referendum vote. But then the conflict froze as Ukraine, with Western support, pushed back against Russia and Moscow has had to deal with economic and social problems at home. 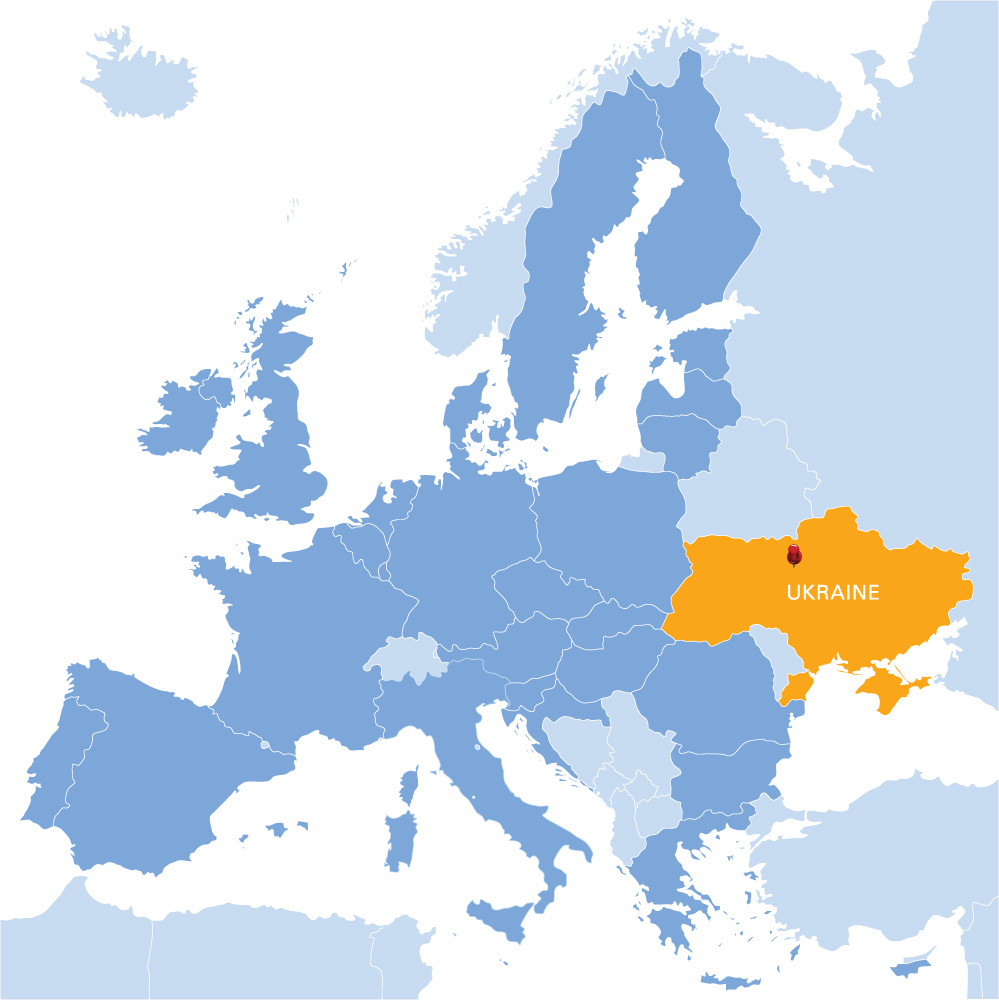 The current escalation comes as the West continues to arm Ukraine and creeps ever closer to the Russian border. The West has been gradually arming Ukraine which could change the balance in the region. Since 2018, the US has sold hundreds of anti-tank Javelin missiles to Ukraine. Turkey has supplied the Ukrainian army with the armed drones that proved decisive in Azerbaijan’s victory over Armenia in Nagorno-Karabakh in 2020, which Ukrainian forces used in October 2021 to destroy rebel artillery in Donbass. In November 2021, Ukraine’s parliament approved a deal with the UK that would allow it to buy British warships and missiles.[1] Throughout 2021 the US and its NATO allies have stepped up military activity in the Black Sea, near Russian territory. Just last month US bombers rehearsed attacks on Russia and came within 12.4 miles of the country’s borders.

Russia’s response began in November with a huge movement of the Russian military to Ukraine’s border. There are now around 100,000 troops gathered on the Ukraine border and the West is taking notice. Carl Bildt, the UN’s former Balkan envoy, warns that the two countries [China and Russia] may launch attacks “simultaneously in a more or less coordinated fashion”, even if they are not formal military allies. US president Joe Biden warned Putin during their video summit on the 7th December 2021, that the US will retaliate with economic strangulation and a Nato build-up if he tries to gobble up Ukraine.

Russia’s reasons for the escalation are clear. Putin explained that an expansion of NATO’s presence in Ukraine, especially the deployment of any long-range missiles capable of striking Moscow or missile defence systems similar to those in Romania and Poland, would be a “red line” issue for the Kremlin. Putin believes these missile-defence systems may be converted into launchers of offensive Tomahawk long-range cruise missiles. He went further: “If some kind of strike systems appear on the territory of Ukraine, the flight time to Moscow will be seven to 10 minutes, and five minutes in the case of a hypersonic weapon being deployed.”[2]

Ukraine for Russia is about NATO’s expansion into her buffer region, something that began in 1991 when the Soviet Union collapsed and still continues today.

“What we do not know is how far Russia and China are coordinating their actions,” Lloyd Austin, the US defence secretary, said after China’s latest spate of bomber and fighter sorties into Taiwan’s airspace looked “a lot like a rehearsal” for an attack on the island.[3] For China, Taiwan is a rebel province and the last remaining region that needs to be disciplined to put the century of humiliation China suffered firmly behind it. China worked actively to isolate Taiwan on the international stage and for much of the post-WW2 period China built relations with the world on the basis that the Chinese Communist Party (CCP) was the legitimate representative of all of China, including Taiwan. China continues to rely on a combination of tools, from conciliatory, political and economic policies to more coercive military activities and international diplomatic isolation to maintain control over Taiwan.

Since 1979 the US enshrined in law its commitment to assisting Taiwan to maintain her defensive capability. This insurance policy has seen the US regularly sell arms to Taiwan to the anger of China. But with a rapidly expanding military as well as capabilities China is really putting on display its ambition to take over Taiwan. Taiwan may be hoping for a US intervention but in the 2020 war games by the US military, it was revealed that America lacks the front-line clout in the region needed to hold back an invasion. Taiwan could only hope to harass attackers with a “porcupine strategy” of asymmetric defence, buying time for the US to mobilise.

To add to America’s woes China’s navy carried out Amphibious exercises around Hainan Island in the South China Sea from on the 15th December to the 17th December 2021. The Island is only slightly smaller than Taiwan, this may have been a possible dress rehearsal for Taiwan.[4]

China is not in a hurry about Taiwan as Russia is with Ukraine. However, the balance of forces are completely outnumbered against Taiwan now and US intervention, especially based on its recent performances, doesn’t worry the Chinese like it used to, making Beijing all the more confident in reunification with Taiwan.

Israel has held a consistent position against Iran, when the US began nuclear talks back in 2015 and the subsequent nuclear deal saw aggressive Israeli protests. Whilst President Trump ripped up the nuclear deal, the emergence of the Democrats in 2021 has seen the revival of talks between the US and Iran and once again Israel has taken a very hawkish position.

The talks took a five month break during the summer due to Iran’s presidential elections. During this break the enrichment of uranium has reached 60% levels in Iran. This is the highest level ever and allows the regime to leap to weapons grade level of 90% according to Helima Croft, energy strategist at RBC Capital Markets and former oil analyst at the CIA.

Israel has for long been in a shadow war with Iran but has always been looking to carry out a pre-emptive strike to put back Iran’s nuclear program and with Iran enrichment programme reaching worrying levels Israel may get the chance. With the US focused elsewhere Mossad chief David Barnea flew to Washington on the 5th December to push for a pre-emptive strike. Israel would like the US to join in with its 2.5 tonne “bunker buster” bombs to destroy Iran’s underground sites. But she may have to act alone and allocated $1.5 billion in October to prepare for its own attack.

The Battle for Western Sahara

Tensions between both Algeria and Morocco – two neighbouring North African countries, have been growing with Algeria’s rhetoric pointing towards an armed conflict. In November last year, then-US president Donald Trump had recognised Morocco’s claim over the phosphate-rich Western Sahara as part of a deal for Morocco’s normalisation with Israel. This agreement was much to Algeria’s dismay as it has been a firm supporter of the local Polisario Front with the Sahrawi group that seeks independence for the region. 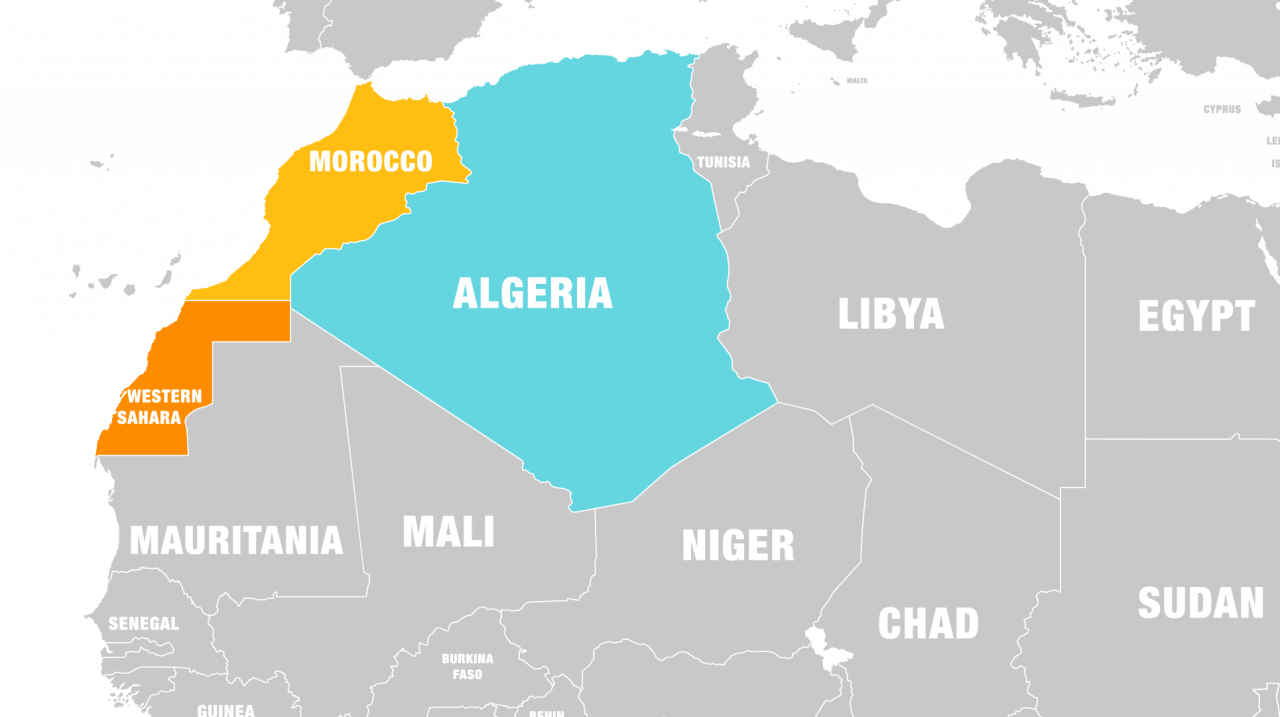 Since then, relations between Algeria and Morocco have gone downhill with ambassadors being recalled, borders closed, airspaces being blocked and the killing of three Algerian truck drivers adding fuel to the fire.[5] Morocco has grown increasingly confident in the last few years over its claims for the Western Sahara. Since 2017 Morocco has been increasing its military expenditures making arms deals with the US and France to purchase F-16 jets, attack helicopters, M1A1 battle tanks and surface-to-air missile systems. Morocco also invested in its own domestic military production base. Morocco has also been increasing commercial investment in its Western Sahara in order to lay claim to the region. In 2016, Morocco launched a $1.8 billion investment plan that included funding for new plants for the state-owned phosphate company OCP. Western Sahara is rich in fish and phosphates, and has untapped oil and gas potential.

Morocco’s rejoining of the African union and its political actions within African institutions has led to several African countries to open consulates in Western Sahara. In doing so, they have effectively pledged their support to Morocco. Then in December 2020 the White House and the Moroccan royal court confirmed that Israel and Morocco had decided to establish full diplomatic relations. As part of the normalisation deal, the US said it would also recognise Morocco’s “full sovereignty” over Western Sahara. This was a major victory for Morocco as the global superpower recognised Morocco’s claim to the Western Sahara.

Algeria responded in October 2021 by refusing to renew the contract for a gas pipeline that runs via Morocco to deliver gas to Spain. A presidential statement confirmed: “in light of the hostile behaviour of the (Moroccan) kingdom which undermines national unity.”[6] The contract between Algeria’s state-owned energy company Sonatrach and the Moroccan National Office for Energy and Potable Water (ONEE) ended without renewal in late October  2021. Algeria has been using the Gaz-Maghreb-Europe pipeline (GME) for the past 25 years to deliver natural gas to Spain and Portugal — via Morocco. Morocco, in turn, has been receiving about 10% of its gas supply as compensation. Algeria has promised to meet Spain’s energy demand by using the smaller undersea Medgaz-pipeline which doesn’t run through Morocco.

Algeria’s generals believe Morocco’s opening of relations with Israel will result in Israel transferring military technology to Rabat. With tensions sky high and the previous war in 1975 not resolving the issue of who controls Western Sahara the likelihood of war remains very high.

Trouble in the Balkans

Bosnia is facing its biggest crisis in 26 years. The 1994 Dayton agreement was made in order to bring to an end the Bosnian War, one of the Yugoslav Wars. The warring parties agreed to peace and to a single sovereign state known as Bosnia and Herzegovina composed of two parts, the largely Serb-populated Republika Srpska and mainly Croat-Bosniak-populated Federation of Bosnia and Herzegovina. But Serb lawmakers in the Bosnian Serbs’ autonomous republic have begun the process of withdrawal from key national institutions in Bosnia-Herzegovina, in effect, seceding. The Dayton system was in reality a stopgap measure to end the war and was never intended to be permanent. Many Serbs still reject the international-court verdicts that established the Srebrenica massacre as genocide. With the Serb side so roundly rejecting it they believe they do not need to abide by the Dayton Accords agreement.

The COVID-19 pandemic has hit the Balkans hard, bringing with it a sharp economic downturn and political blowback and this added to the woes. Many also see EU enlargement has slowed down. Following the EU-Western Balkans Summit in October 2021, the leaders of Albania, North Macedonia, and Serbia issued a joint statement, complaining that on paper, the enlargement policy remains active. In practice, however, there is a growing disappointment among the citizens of the region with the EU perspective.

[3] To Counter China, Austin Vows to Shore Up Alliances With Others in Region – The New York Times (nytimes.com)

[6] Algeria to halt gas exports to Spain via Morocco | Africanews