Taiwan has become an important battleground between China and the US, with the US regularly selling arms to the island nation and supporting its independence from mainland China.

The US recently approved arms sales to Taiwan worth around $2.3 billion in a move that is likely to increase tensions with China. The Pentagon said the deal comprised three weapons systems, including rocket launchers, sensors and artillery. Taiwan has for long been a political football used by the US and China against each other. Taiwan has become an important battleground between the two, with the US regularly selling arms to the island nation and supporting its independence from mainland China.

Taiwan emerged to prominence after WW2. When the war ended in 1945 and the Japanese were defeated, the Nationalists led by Chiang Kai-shek set up the government and represented the whole of China at the UN as one of the founding members of the international body. By 1948 the civil war between the Communists led by Mao Zedong against the Nationalists resumed, it was put on pause due to the Japanese invasion. Mao raised a peasant army to fight the Nationalists, who by 1949 retreated to the island of Taiwan. There was little the Communists could do about this as they lacked the military capability to invade Taiwan.

With the Chinese Communist Party (CCP) ruling over mainland China and with the Cold War in full swing the US opposed the replacement of the Nationalist government at the UN, in effect supporting Taiwan’s position. Taiwan’s foreign policy has ever since been based upon maintaining its status as the legitimate government of all of mainland China. Over the decades the Taiwanese  government has been constrained by a policy by the CCP to try and marginalise Taiwan on the international stage. As a result, Taiwan has had to be satisfied with maintaining official state relations with just a few small states around the world.

The CCP position has always been that Taiwan is a rebel province and a part of mainland China which needs to be reunified. China worked actively to isolate Taiwan on the international stage and for much of the post-WW2 period China built relations with the world on the basis that the CCP was the legitimate representative of all of China, including Taiwan. China continues to rely on a combination of tools, from conciliatory political and economic policies to more coercive military activities and international diplomatic isolation to maintain control over Taiwan.

In the 1970s however the US changed track. The government in Taipei was expelled from the UN in 1971 and the CCP took over the seat representing China at the UN. Due to the Sino-Soviet split the Nixon administration strategically switched recognition from Taiwan to China, i.e. the CCP. Despite this the US signed into law the Taiwan Relations Act (TRA) in 1979 which provided a legal basis for the unofficial relationship between the US and Taiwan and enshrined the US commitment to assisting Taiwan to maintain her defensive capability. This insurance policy has seen the US regularly sell arms to Taiwan.

For the CCP, reunification with Taiwan is a strategic priority. Taiwan is a perpetual scar on the Communist Party’s narratives about her victory in the Chinese civil war; Taiwan sits firmly in the middle of the first island chain. More than any other island in this chain, Taiwan could be used by a foreign power to threaten the Chinese mainland itself. Retaking Taiwan would blow a massive hole in the US containment strategy and puts China in a better position to expand into South-East Asia. 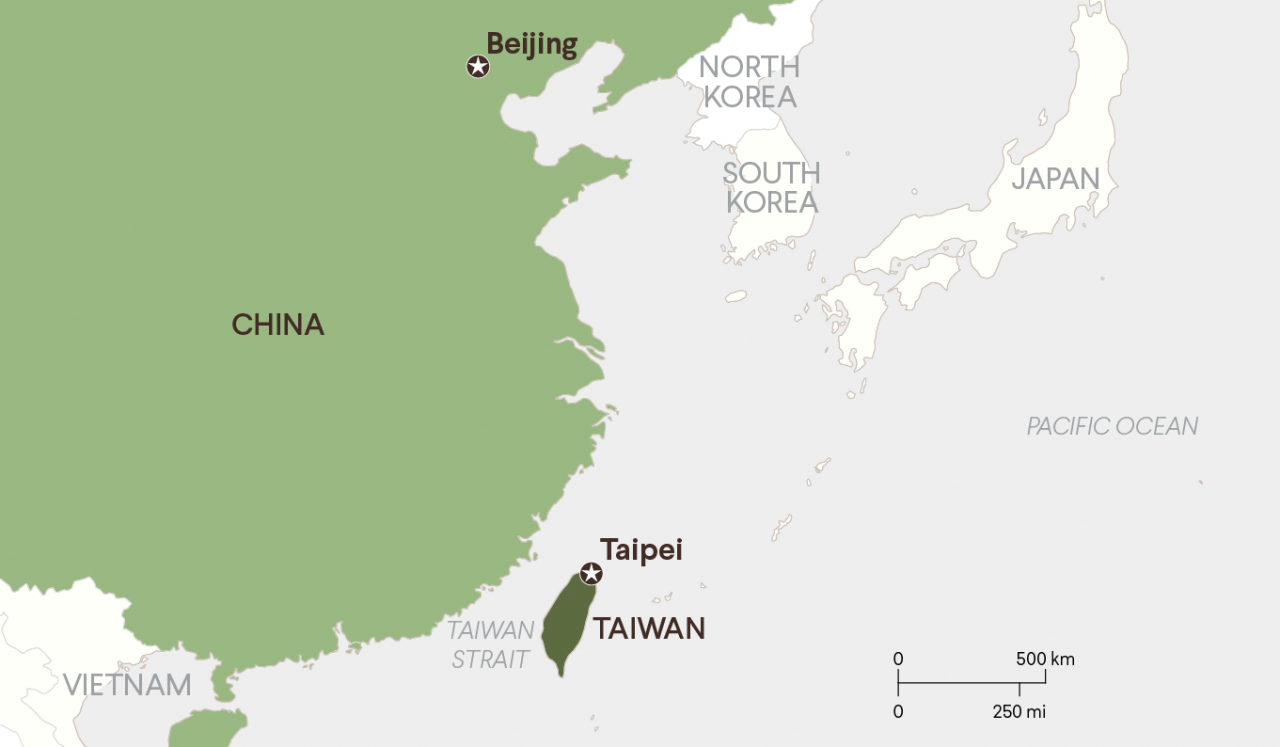 For the US, Taiwan is an integral part of her strategy to contain China. Supporting Taiwan provides the US with a forward base in the case of a conflict, but also to show China that in a conflict, it’s not the 23 million people of Taiwan she’s fighting, but the US military might. Taiwan’s strategic location within the first island chain and at the door of China’s entrance provides the US with a key platform to face China in any escalation.

Taiwan is now a key pillar of America’s containment strategy over China. It is now down to China to change this fact.