The people of Libya were jubilant when Muammar Gaddafi, the long-term dictator was pulled out of a sewage pipe back in 2011. But a decade on, the Arab Spring in Libya has descended into a battle for Africa’s oil giant by foreign powers

The people of Libya were jubilant when Muammar Gaddafi, the long-term dictator was pulled out of a sewage pipe back in 2011, where he would meet the fate he had delivered to so many sons, fathers, and daughters of Libya’s six million people. After 42 years of brutal rule, 2011 is now a distant memory as the country descended into civil war and as foreign powers hijacked the uprising in order to use Libya for their own strategic goals. A decade on, the Arab Spring in Libya has descended into a battle for Africa’s oil giant.

North Africa has historically been an important region for Europe. The British Empire, France and Italy colonised the region in the 19th century and it remains today an important source of energy and raw materials and the last region where Europe maintains influence. Whilst Algeria provides significant natural gas to Europe, Libya was a potential alternative to Russian energy dependence for Europe. Britain’s close relationship with Gaddafi has been well documented as he played a key role in securing British interests, Muammar Gaddafi funded militant groups against communist expansion into Africa and then US influence in Africa. The US tried for decades to overthrow Gaddafi and cripple him and the neocons were calling for regime change after the events of 9/11 in Libya. It was Britain’s Tony Blair that forced the neocons hand when Gaddafi accepted responsibility for the Lockerbie disaster and gave up the country’s weapons of mass destruction (WMD) programme. For the US, the Arab Spring represented an opportunity that could not be missed to finally rid herself of the hard man and bring a more friendly regime to power in the oil rich nation.

When the people of Libya joined the wider region to call for the downfall of the Gaddafi regime in early 2011 both Britain and France came to believe Gaddafi’s days were numbered and supported the uprising. They organised a NATO intervention under the guise of a bloodbath that was going to take place in Benghazi, to overthrow Gaddafi. Soon after Gaddafi’s overthrow David Cameron of the UK and Nicholas Sarkozy of France set up the post-Gaddafi regime from Gaddafi era officials. The transitional government quickly became the permanent government in Tripoli. But in the 2014 elections, the General National Congress (GNC) government lost the elections on a very low turnout and refused to accept the results. Militia groups loyal to the GNC seized the airport and proclaimed the GNC as the legitimate government. Due to this the House of Representatives (HoR) were forced to flee the capital to Libya’s eastern coastal town of Tobruk. Libya now had two rival governments, one in Tripoli established and backed by Europe and one in Tobruk.

The US entry into Libya was through the emergence of former Major Gen­eral Khal­ifa Haf­tar. Ever since his return to Libya he has worked to weaken the government in Tripoli. In 1990 America’s CIA nego­ti­ated his release from Chad and sub­se­quently Haftar spent the next 20 years in Vir­ginia, USA, where he was trained in guerrilla war­fare by the CIA. The Busi­ness Insider reported: “The like­li­hood that Hifter [sic] was brought in to be some kind of asset is pretty high. Just as fig­ures like Ahmed Cha­l­abi were cul­ti­vated for a post-Saddam.”[1] Haftar began working with the HoR government in Tobruk, but it would take until 2017 for him to gain full control over Benghazi, the largest city in East Libya with significant help from Egypt.  By 2019 Haftar had taken control over the oil wells in eastern and central Libya including the oil terminals and ports. By April 2019 Haftar called on his military forces to advance on Tripoli to topple the government, but Haftar failed to take Tripoli despite significant Russian support. After years of US backing, Haftar failed to conquer Tripoli.

It was at this point Turkey entered the conflict when the US backed warlord had effectively failed to achieve what the US for long desired in Libya. In January 2020 Turkey entered the conflict and airlifted some of the rebels from Syria to Libya. Turkey entered the side of the Tripoli government and became the power that led the defence of Tripoli against Haftar’s forces. Turkey already had relations with many of the militias that were working with the Tripoli government such as the many groups in Misrata and Ansar al Sharia etc. Turkey provided support to these militia forces through unmanned aerial vehicles (UAVs), intelligence and support from Turkey’s Navy. Turkey signed a maritime deal with the Tripoli government which included installing new air defence systems, which allowed Turkish drones to start a major campaign of air strikes, crippling Haftar’s ability to resupply his forces. The Daily Sabah confirmed that Turkish President Erdogan and US President Donald Trump agreed in a phone call to work more closely in Libya to ensure lasting stability in the country. “We came to some agreements during our call,” Erdogan said about their conversation on Libya.[2] Despite all the rhetoric and sanctions against Turkey by US congressmen the New York Times confirmed “Libya is the latest place where the two men have seemingly reached agreement, with Mr. Trump effectively greenlighting Mr. Erdogan’s military intervention, which has reshaped the conflict.”[3]

With the US working with Turkey, who now controls the government in Tripoli and warlord Haftar dominating the other side of the conflict, the US now gained control over both sides of the conflict. Turkey and Russia, who backed Haftar, are calling for the disarming of militia groups; this indicates they will both lead the political process. This also means the European position in Libya is in a perilous state as the US is on the verge of a major victory in Libya.

Whether its the Europeans or the US, they all looked the other way when decades of brutal rule by Gaddafi led to the torture, imprisonment and disappearance of much of the Libyan population. Many braved the crackdown in 2011 to try to change the situation in the country, but foreign interference in Libya has turned the country into a battleground fought over by global powers. The people of Libya have become a mere footnote in the negotiations and political process taking place which is being led by foreign powers who are seeking their own strategic goals.

[2] Erdogan said about their conversation on Libya, Bloomberg, 8 June 2020, https://www.bloomberg.com/news/articles/2020-06-08/erdogan-signals-libya-agreement-with-u-s-after-trump-call

Is America the New Sick Man?

The Major Forces Shaping the Future of the Global Economy 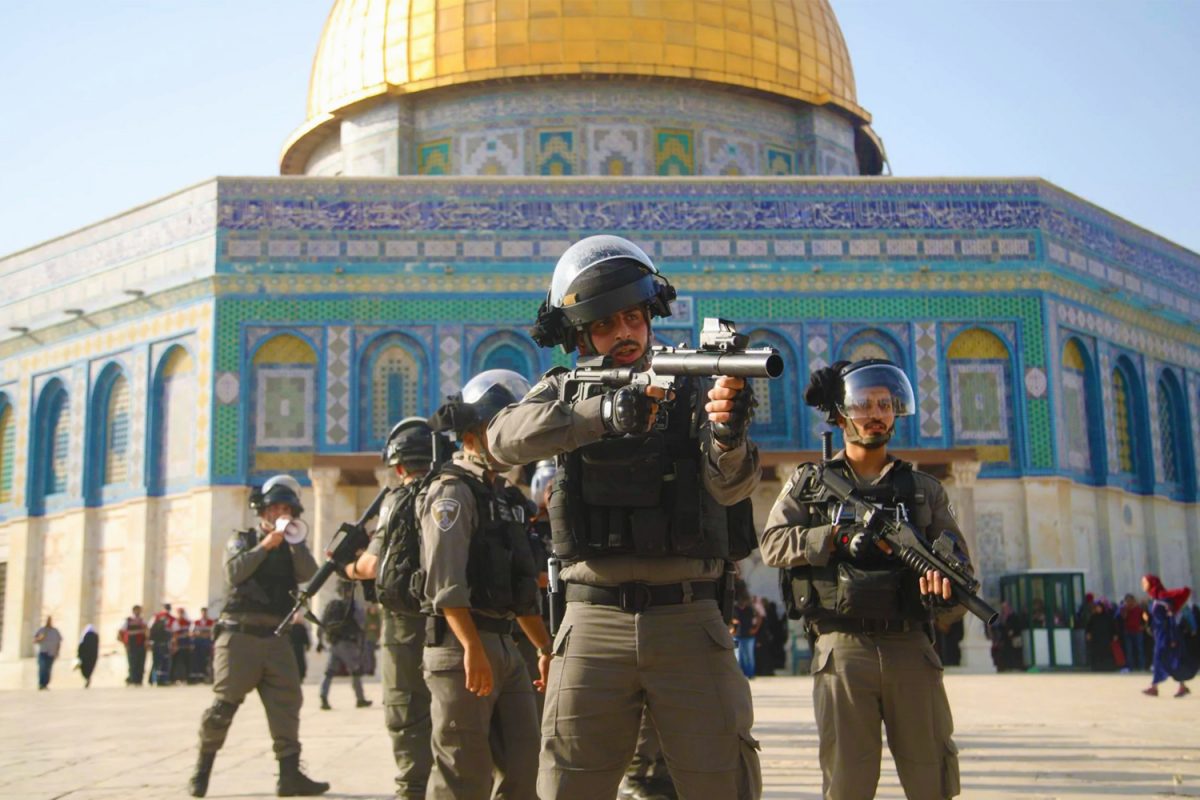