In this 2 part series RO analyses the supposed terrorist threat in the West assessing the level of the threats that get regular media coverage By Adnan Khan The UK’s Home Secretary, Theresa May highlighted on 2nd November 2014: “The threat we face right now is perhaps greater than it ever has been and we must have the powers we need to defend ourselves.”[1] The statement came ahead of a new Counter-Terrorism and Security Bill,...
9th December 20147 min 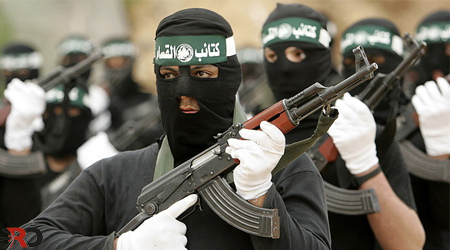 The UK’s Home Secretary, Theresa May highlighted on 2nd November 2014: “The threat we face right now is perhaps greater than it ever has been and we must have the powers we need to defend ourselves.”[1] The statement came ahead of a new Counter-Terrorism and Security Bill, expanding anti-terror powers in the UK. The war in Iraq and Syria are considered to now present the biggest threat to the West with fighters returning from these conflict zones with new skills. Since the ISIS declaration of Khilafah in July, “The threat of attacks has never been greater — not at the time of 9/11, not after the war in Iraq – never,” this was how a European counter-terrorism official described the threat to the west.[2] Terms such as ‘transnational plots,’ ‘sleeper cells,’ ‘Lone wolfs,’ and ‘Transnational Jihadists,’ continue to be thrown round, blurring important distinctions and hyping up the threat the west faces. A closer examination of the supposed threats to the west show terrorism, at most presents a low level threat.

Terrorism, the use of terror or violence is a tactic utilised by a wide array of individuals, groups and states and something that has existed throughout history. Terrorism did not come into existence on September 11th, 2001. Terror or violence transcends across various fault lines and there is no single creed, ethnicity, political persuasion or nationality with a monopoly on terrorism. Individuals and groups of individuals from almost every conceivable background from late Victorian-era anarchists to tribal clansmen to North Korean intelligence officers – have conducted terrorist attacks. Despite this the 9/11 attacks are considered the most successful transnational attack in history.

A transnational attack is where an operative is trained abroad and travels to a host country to conduct an attack. For such an attack to be successful a number of hurdles need to be overcome.  The tradecraft elements required to conduct a spectacular terrorist attack include the ability to travel internationally, to operate in a clandestine manner, to conduct surveillance without detection, and to acquire weapons and build bombs. Each of these represents challenges on their own to a militant group.

One of the first challenges a transnational terrorist operative faces is traveling to the targeted country without being detected. Whilst state sponsored intelligence agencies have the capabilities to create counterfeit documents, so called terrorist groups do not have advanced document procurement or counterfeiting capabilities. This has represented a big problem for transnational operatives as poorly altered passports have made it more difficult for individuals travelling from Pakistan, Afghanistan, Somalia and Yemen to even enter western cities.

Once a transnational operative makes it into the host country as an individual or part of a small cell they must then conduct their operations in a clandestine manner that will not attract the attention of authorities. Being foreigners makes blending in extremely difficult. Many operatives have been brought to the attention of authorities by just not observing local customs.

Once the operatives are in place they will need to conduct surveillance without drawing the attention of the authorities.  It is this stage in which most operatives have been caught.  Intelligence agencies conduct extensive training and practice to master the art of surveillance, yet most individuals involved in terrorist planning simply do not devote the time necessary to master the art of surveillance and due to this they display terrible technique and use sloppy procedures which brings attention to their activities.

Acquiring weapons clandestinely is another difficult task. Many plots have been disrupted when planners attempted to obtain weapons, explosives or the components required to make explosive devices. While people residing in a community may know where to go and who to talk to in order to obtain weapons illegally, it is a big challenge for an outsider to do so with very little local knowledge and few contacts. Developing the contacts needed to obtain weapons or chemicals without being detected takes considerable tact and discernment or a fairly sophisticated local network. But most transnational operatives have found obtaining the chemicals required to construct explosives, building an improvised explosive device extremely difficult. This is because most of operatives are trained in war zones where bomb makers often have ready access to large quantities of military-grade high explosives. Such purpose-made explosive components are normally inaccessible to bomb-makers outside combat zones who are frequently forced to fabricate many if not most of the components for improvised explosive devices.

Al Qaeda and other jihadi groups clearly have the intent to attack the west. This is evident in their rhetoric and their repeated attempts to strike. But what these groups lack is the capability to fulfill their intent. They do not possess the tradecraft necessary outside a battle zone. Tradecraft is also not quickly or easily learned, and acquiring it through practical experience is difficult for a movement that often uses suicide operatives. These constraints have resulted in terrorist operatives with limited tradecraft capabilities.

Although all of the various regional jihadi groups have their own training camps where they teach basic military training, most of these groups, including al Qaeda in the Arabian Peninsula, al Qaeda in the Islamic Maghreb and ISIS, have not demonstrated that they possess operatives with the type of sophisticated terrorist tradecraft needed to transcend across the globe. These groups have shown the ability to conduct terrorist attacks and insurgent operations in their core areas of operation, but they have struggled to project that capability outside of those areas. Even al Qaeda in the Arabian Peninsula, which has attempted several transnational attacks, has done so by dispatching operatives equipped with suicide devices from its core.

Ever since the Syrian uprising began over four years ago some Muslims from the West joined the conflict to aid the overthrow of Bashar al-Assad. The narrative coming from the West is these fighters will receive training in foreign camps and once the conflict is over these skills will be used on the non-Muslims in the West.

The return of foreign fighters from war zones is not a new phenomenon. Thousands of Muslims received training at camps in Pakistan following the Soviet invasion of Afghanistan, and thousands more received training at camps in Afghanistan between the Soviet withdrawal and the US invasion in 2001. It is believed that at least 20,000 foreign fighters cycled through Afghanistan between 1979 and 2001. Al Qaeda emerged from among these fighters, and the current al Qaeda leadership, including Ayman al-Zawahiri have their roots in the struggle in Afghanistan. Many Muslims also travelled to Chechnya and Bosnia to fight Jihad to protect the Ummah who were being slaughtered rather than traveling there to establish the Khilafah. An even smaller number of Muslims have also fought in Libya, Somalia, Mali and elsewhere. Yet despite the tens of thousands of Muslims who have fought in these various conflicts since the 1970s, only a very small percentage have returned to their countries of origin in the West to conduct terrorist attacks.

Politicians, policy makers and the media in the West have constantly propagated that returning fighters, with the necessary skills are a threat in Western capitals.  However the training such individuals receive is not conventional training but the skills needed by a guerrilla fighter in a war zone. These include things such as physical fitness, some hand-to-hand combat and the use of small arms, assault rifles, hand grenades and pistols. Very few fighters ever receive advanced training in the types of skills required to successfully conduct a major terrorist attack. This is because one would need to be trained in terrorist tradecraft which is usually the realm of conventional armies and would include skills such as obtaining fraudulent travel documents, clandestine communications, weapons procurement, bomb-making, surveillance, etc. Most foreign fighters who travel to various theatres’ to fight are provided with very rudimentary training.

In part 2, Lone wolf attacks and sleeper cells will be analysed

Cutting Through the Terrorist Hysteria - Part 2