In this  second and final part of RO’s series assess­ing the supposed terrorist threat in the West that get reg­u­lar media cov­er­age, Lone wolfs and Sleeper cells are analysed By Adnan Khan The lone-wolf threat has received considerable coverage in the west since 9/11. The shooting to death of a Canadian soldier outside Parliament in October 2014, in Ottawa, Canada was just a recent example in a series of attacks by individuals with no clear links to...
12th December 20149 min 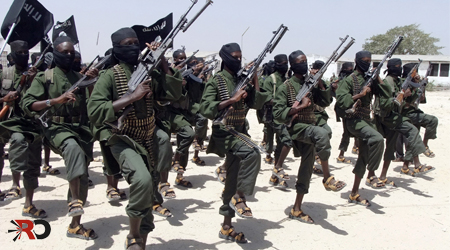 In this  second and final part of RO’s series assess­ing the supposed terrorist threat in the West that get reg­u­lar media cov­er­age, Lone wolfs and Sleeper cells are analysed

The lone-wolf threat has received considerable coverage in the west since 9/11. The shooting to death of a Canadian soldier outside Parliament in October 2014, in Ottawa, Canada was just a recent example in a series of attacks by individuals with no clear links to a terrorist group. What makes this type of threat so daunting is that the lone wolf is a person who acts on his or her own without orders from — or even connections to — an organisation. The theory is that this distance will prevent disclosure of an attack to informants or authorities and in effect make such an attack unstoppable. A lone wolf is distinct from a sleeper cell operative in that a sleeper is an operative who infiltrates the targeted society or organisation and then remains dormant until being activated. A lone wolf is a single person, who feels the need to conduct an attack, due to what he/she perceives as an injustice – usually described in the west as radicalisation. As they can materialise out of thin air there is no way such attacks could be stopped by the authorities.

On closer examination of individual and lone attackers it becomes apparent that there is a significant gap between lone-wolf theory and lone-wolf practice and that media coverage to this threat has given certain degree of hype which has created a mystique around lone wolf attacks.

The leaderless resistance model of attacks is not new. White supremacists and environmental extremists have been practicing the concept for decades, well before jihadi military theoretician Abu Musab al-Suri began promoting it in his writings in 2004. Al Qaeda in the Arabian Peninsula (AQAP) began to promote al-Suri’s leaderless resistance theories in 2009. To spread the message, the group even created the English-language Inspire Magazine, which frequently featured sections of al-Suri’s writings on the topic along with instructions on how to conduct simple attacks.

All attacks, even those conducted by lone assailants, do not simply materialise out of thin air. A lone wolf will follow the same process as a small cell or a terrorist organisation, whilst larger organisations or underground cells have resources at their disposal, thus allowing them to utilise multiple individuals in planning, preparation and launching a successful attack. The lone wolf would need to undertake all of these tasks themselves thereby exposing themselves to detection on multiple occasions. A lone wolf must conduct all the preoperational surveillance, acquire all the weapons, assemble and test all the components of the improvised explosive device, if one is to be used, and then deploy everything required for the attack all on their own.

There are occasions lone wolfs have been successful in in their aims, these are however exceptions rather than the norm.  It is a rare individual who possesses the combination of will, discipline, adaptability, resourcefulness and technical skill to make the leap from theory to practice and become a successful lone wolf. Most examples of lone wolf operatives show they were immature, impatient and incompetent, who frequently lacked a realistic assessment of their capabilities and attempted to conduct attacks well beyond their capabilities. When they try to do something spectacular they frequently achieve little or nothing. By definition and necessity, a lone-wolf does not have the luxury of attending a training camp where they can be taught effective terrorist tradecraft. This is why al-Qaeda and its various franchises have urged lone wolves to focus on simple, easily accomplished attacks that can be conducted with readily available items and that do not require advanced tradecraft to succeed. The skills needed to conduct a successful attack cannot just be picked up from reading articles on the Internet; they are arts that require practice.

A recent example of a rare lone wolf operative was Anders Breivik of Norway, who in 2011 bombed a government building and a shootout which killed 77 and injured over 300. In Breivik the Norwegian authorities were dealing with a very capable lone wolf operator. Unlike many lone wolves, Breivik demonstrated that he possessed the intelligence and discipline to plan and carry out an attack that spanned several years of preparation. Breivik was also driven, detail-oriented and meticulous in his planning. His diary documents that he was also extremely patient and careful during the dangerous trial-and-error process of manufacturing explosives. It is rare to find a lone wolf militant who possesses all those traits, and Breivik stands in stark contrast to other lone wolf operatives like Nick Reilly or Bilal Abdullah and Kafeel Ahmed, who made amateurish attempts at attacks.

Since the ISIS announcement of Khilafah in Syria and Iraq a great deal of publicity and a lot of concern has been raised about the group attacking the US or Europe. Now that ISIS has replaced al Qaeda as the world’s most feared terrorist group, experts in the west believe that ISIS’s experience in conducting insurgent and now regular warfare makes the west a key target. There has also been much talk among pundits and in social media about the possibility of jihadi groups such as ISIS establishing so-called sleeper cells inside the US or Europe.

A ‘sleeper’ is an espionage term rather than the lexicon of the security establishment or the terrorism field. A sleeper is an operative who infiltrates the society, government or institute of a targeted country and is there to remain dormant until activated by a prearranged signal or a certain chain of events. Sleeper cells gained notoriety during the Cold War and the Soviet Union became an expert at creating sleeper operatives. A sleeper was typically an officer working with a foreign intelligence service. Avoiding detection by counterintelligence and security forces required maximum care when infiltrating a target country. The operative was tasked with carrying out acts of sabotage or gathering intelligence in the case that war broke out. But until activation, a sleeper agent’s job was to do nothing operational besides blend into society, thus a sleeper doesn’t undertake any operational activity but must remain dormant until activated.

Creating individuals to undertake sleeper operations is an extremely delicate and onerous task as there are many dangers in submerging a sleeper operative for long periods in a target society. This is why intelligence agencies are very particular about the kinds of individuals they select for such assignments. Such operatives must be mentally prepared for the stress they will endure in infiltrating the country and be capable of enduring the monotony of being in place for years without engaging in operational acts or betraying their true identity or purpose. Any contact between the operative and deploying government is extremely risky, so a highly sophisticated command-and-control system is needed for communication. This requirement would be multiplied in the case of a sleeper cell, given the need to avoid arousing suspicions or linking members of a cell together.

An operation involving a sleeper, is by definition, a long-term, strategic project that will take decades to reach fruition. Great vision, sophisticated planning and deep reservoirs of patience are required of the government or group that prepares and deploys such agents, which are assets to be held in reserve until a time of great need. From this there is a huge difference between transnational Jihadi’s or supporters of Jihadi causes and sleeper cells.

Almost all groups with political grievances do not have the resources or patience to launch a true sleeper operation. While militant groups do frequently utilise covert operatives, such as the 9/11 attackers, these are not sleeper operations. Most of the sleeper operations that are undertaken involve attempts at international espionage, primarily due to the patience, skills and delicate and intricate planning needed. Militant organisations and its members engage in operational activity and do not remain dormant. One cannot carry out operational activities and be a sleeper at the same time. However, the sophistication and expertise required and the decades needed to achieve results make sleeper cells an ineffective method for a modern militant group. In fact sleeper cells are more useful for intelligence agencies as national governments need sleeper cells in foreign nations that could be used at some point in the future, and even very distant future. Whilst the media has hyped this threat and will continue to do so, it is sleeper cells from Russia that the west is most threatened by rather than a Jihadi or militant group sleeper cells.

Cutting Through the Terrorist Hysteria

Hama Past And Present