By Bilal Khan Sixteen years have passed since Pakistan conducted its first nuclear tests in 28 and 30 May 1998. Chagtai-I and Chagtai-II were the codenames given to the series of underground detonations that took place in response to India’s second wave of nuclear tests, codenamed Operation Shakti. As a result of these tests Pakistan became the seventh country to openly declare its possession of nuclear weapons, joining (at the time) the US, Russia, the...
4th June 20146 min 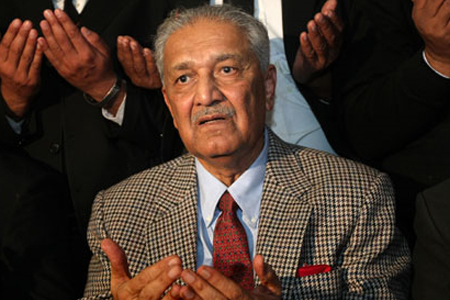 Sixteen years have passed since Pakistan conducted its first nuclear tests in 28 and 30 May 1998. Chagtai-I and Chagtai-II were the codenames given to the series of underground detonations that took place in response to India’s second wave of nuclear tests, codenamed Operation Shakti. As a result of these tests Pakistan became the seventh country to openly declare its possession of nuclear weapons, joining (at the time) the US, Russia, the UK, France, China and India. Pakistan is also the only Muslim-majority country in possession of nuclear weapons as well as a multi-layered delivery system comprising of aircraft, ballistic missiles and cruise missiles. 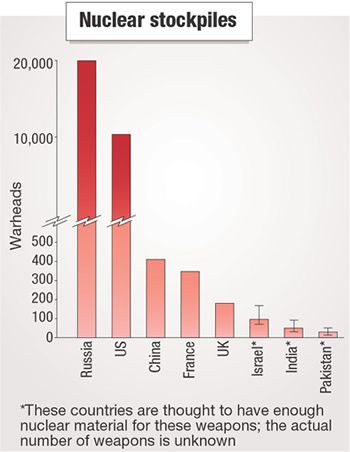 Pakistan formally initiated its nuclear weapons program in 1972, following the country’s crushing defeat at the hands of India in 1971 and the subsequent departure of East Pakistan (which became Bangladesh). The prime minister at the time, Zulfiqar Ali Bhutto, commissioned two parallel weapons programs: A plutonium program under Dr. Munir Ahmad Khan and the Pakistan Atomic Energy Commission (PAEC) in 1972, and a uranium program under Dr. Abdul Qadeer Khan and Khan Research Laboratories (KRL).

A.Q Khan’s uranium program was the first to come to fruition as it was responsible for the Chagtai-I tests in 28 May 1998, earning A.Q Khan the title of ‘father of [Pakistan’s] nuclear bomb.’ Two days later PAEC conducted Chagtai-II with its plutonium-based warheads. While A.Q Khan’s uranium program initiated Pakistan’s acquisition of nuclear weapons, PAEC’s plutonium program became the eventual mainstay of Pakistan’s nuclear weapons inventory.[1] With the advent of indigenous cruise missiles, i.e. Ra’ad (air-launched) and Babur (land and potentially underwater-launched), Pakistan prioritized the development of more sophisticated plutonium-based warheads.

Although Pakistan possesses a capable ballistic missile inventory (based on modern solid-propellant based designs such as the 2500km-range Shaheen-II), the military sought to develop second-strike capability using aircraft and submarines. ‘Second-strike’ refers to the capacity of a country to respond to an effective nuclear strike by an enemy. To the Pakistani military, cruise missiles launched from fighter aircraft and submarines are ideal second-strike delivery platforms. Thus, the military commissioned PAEC (between 2005 and 2009) to develop suitable miniaturized low-yield warheads. In 2013 the military began fielding new tactical short-range ballistic missiles such as Nasr in tandem with the Babur and Ra’ad cruise missiles. This signalled that miniature warhead production had matured and that the military was preparing doctrines around their usage, e.g. staving-off enemy armor formations or attacking enemy bases using low-yield/tactical nuclear weapons.[2]

It is believed that Pakistan’s nuclear weapons inventory has 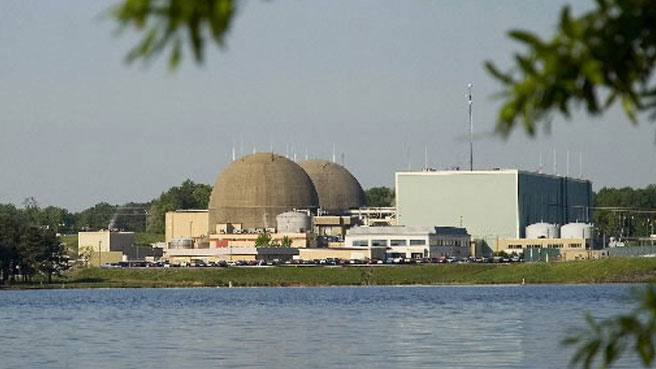 largely transitioned to various plutonium-based warheads. The core of its warhead production-line is the Khushab Nuclear Complex – which is today composed of four reactors (three active and one under-construction). Analysts believe that Khushab’s three operating reactors can produce at least 12 plutonium-based warheads a year, and if all four reactors were active, up to 26 warheads could be produced each year. It is believed that Pakistan currently has 90 to 120 warheads.[3]

As evidenced by Pakistan’s various strategic weapons programs, particularly its tactical ballistic (Nasr) and cruise missile (Ra’ad and Babur) systems, the complications resulting from its possession of nuclear weapons technology are significant. While Pakistan has yet to actively engage in programs such as inter-continental ballistic missiles (ICBM), multiple independently targetable re-entry vehicles (MIRV) or thermonuclear warheads, its push to ‘fine-tune’ its nuclear doctrine for tactical use cannot be understated.

By fielding cruise missiles with low-yield warheads, Pakistan is in fact enhancing its deterrence value by indicating that it is capable of responding to enemy formations directly without the need to target civilian infrastructure. Pakistan could potentially pair a high-speed anti-ship missile with a warhead[4], thus adding a major layer of complexity for an enemy naval fleet trying to blockade Pakistan. Not only that, but Pakistan’s emerging second-strike capability (via fighter aircraft and potentially submarines) would indicate to invaders that it is capable of responding to a nuclear strike, as opposed to simply initiating one. The fact that Pakistan has succeeded in multiplying its deterrence layers is cause for concern, not only for India, but also the United States.

It is no secret that America has tried to thwart Pakistan from acquiring its own nuclear weapons. Although the US was willing to overlook Pakistan’s nuclear ambitions in the 1980s (given the Soviet occupation of Afghanistan), Washington chose to impose rigid sanctions on the Pakistani military in the 1990s. The Pressler Amendment for example prevented the delivery of new F-16s to the Pakistan Air Force until 2005, when America decided to offer new and used F-16s as a carrot in return for securing Pakistan’s cooperation in the so-called War on Terror. Today the US is serving as a major obstacle ahead of Pakistan’s nuclear energy aspirations, e.g. preventing Pakistan from acquiring commercial nuclear fuel and technology from the Nuclear Suppliers Group (yet making an exception for India, in contrast).[5]

With weapons development having matured, it is possible that Pakistan will focus on developing its own reactor technology for both civilian and strategic military applications. For example, it was reported that PAEC sought to develop a miniature reactor for use on submarines.[6] However, given Pakistan’s political and economic challenges (not least the corruption and foreign interference in its policies), bringing these more ambitious and more complex programs will be extremely difficult. What could easily be an advanced high-tech industry is being inhibited by systemic constraints.

America Makes its Move in Libya