By Muzimmul Hussain Russia’s deal with America over Syria’s chemical weapons  is considered by many to have averted another military invasion by the US. Ever since the uprising in Syria, Russia has been accused of supporting the Assad regime and thwarting all attempts by the West – particularly the US’ – to end the uprising. This is despite statements by Russian officials alleging their lack of influence over the Ba’athist regime in Damascus. Russia...
25th October 20135 min 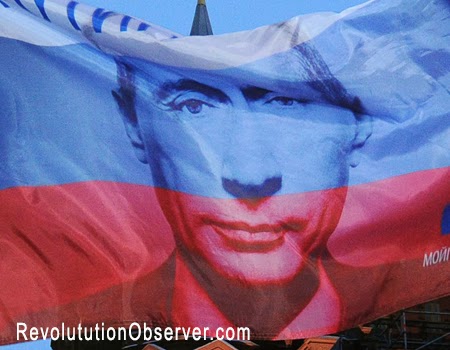 By Muzimmul Hussain
Russia’s deal with America over Syria’s chemical weapons  is considered by many to have averted another military invasion by the US. Ever since the uprising in Syria, Russia has been accused of supporting the Assad regime and thwarting all attempts by the West – particularly the US’ – to end the uprising. This is despite statements by Russian officials alleging their lack of influence over the Ba’athist regime in Damascus. Russia has been openly challenging the US ever since its resurgence began when Vladimir Putin became the leader of Russia in 1999. Russia’s ability to stand against the US in Syria and in many of the former Soviet territories is usually cited as evidences for Russia’s global influence. Russia was a superpower during the era of the Soviet Union, yet today it is a shadow of its former self. This is discernible from four perspectives.
Firstly, in an increasingly multipolar world the economy of a nation is one of the most important factors contributing to its political influence. To this end the economy of Russia has improved miraculously, to the extent it now has a current account surplus second only to China. Closer examination of this phenomenon sheds a different light however, to what is depicted by the Russian administration. It is true that the Russian economy has seen dramatic improvements, but it is predicated upon the general increase in prices for oil gas and other minerals. The economic revival is by no means based upon a return to the Soviet era when manufactured items from motor cars to complete nuclear power plants formed the bulk of Russian exports. Russia’s oil and gas production and pipeline projects have not only been  a primary source of Russia’s economic growth, but also a geostrategic lever in the country’s relationship with Europe and Asia.[1]  The 2006 and 2009 European gas crisis showed the considerable leverage that Russia has over this key commodity.[2] However, these crises prompted European states to diversify their imports away from Russia, so much so that a repeat of these events has become an unlikely scenario.[3] Furthermore, development of shale gas reserves in many European nations will further reduce European dependence on Russian gas.
Secondly, The Soviet Union’s defence relations played a central role in its power projection around the world. Due to the nature and length of defence contracts, they often formed and solidified strategic relationships with nations. Russia inherited the Soviet Union’s large nuclear arsenal and also its huge conventional arsenal. However, up to 90% of this equipment has not been maintained or can no longer be used.[4] The decade after the collapse of the Soviet Union led to economic and financial chaos leading to the deterioration of arms and equipment due to inadequate servicing. Russia’s defence industry is today a relic of the Cold War era, and Russia continues to struggle exporting its equipment, as countries such as China, Britain, France and other defence manufactures export military hardware as good as, if not technologically superior than Russia’s.
Thirdly, The Slavic population played a central role in the Soviet Union’s expansionist strategy in the past. The Soviet Union transferred large segments of its population to Satellite states in central Asia and Eastern Europe to act as a bulwark for Moscow. The disintegration of the Soviet Union in 1990 did not just have political and economic consequences; it also had massive social consequences. Russians stopped having children, due to uncertainty of the future of their welfare, as deaths increased with the collapse of Soviet territories. The Soviet health system crumbled, suicide and AIDS increased leading to deaths outstriping births. Russia’s population on the eve of the Soviet Union’s collapse was 148 million, today it has declined to 141 million, and continues to decline.  Whilst in the past Russia’s demographics was its strength, today an aging population places a heavy economic burden upon a nation which will only be further exacerbated as the labour force continues to shrink.
Fourthly, The quality of governance directly affects the future and present prospects of a nation, and in this regard Russia fails miserably. In 2012 a number of large protests swept across Russia and people in the hundreds of thousands took to the streets. These demonstrations continued for months and had a very overt undertone of being anti-Kremlin. When Putin was elected president in 2000, he started to consolidate the Russian people under his leadership. Putin was very heavy-handed in his tactics. He united the majority of the people under one political party, he clamped down on dissidence, political or ethnic, and purged foreign influence. Under Putin’s leadership the country began to not only stabilize but to thrive. For most Russians the important issue was that under Putin, Russia was a strong, globally significant country once again. Twelve years have passed since Putin first came into power and the security-establishment led system in Russia is struggling to survive. As much of Russia was centralised under Putin’s rule, the middle class, labour class and every other class that was not linked to the security-establishment suffered. From a governance perspective, Russia like the Soviet Union, employed brute force as a strategy to enforce its objectives, which has ultimately not led to very fruitful outcomes in managing and holding together the vast nation.
Although at face value Russia seems to be reasserting itself on the international scene, the underlying weaknesses presently masked by high energy prices, will likely severely limit the influence Russia is able to exert on the global scene.  Furthermore it can be argued that Russia’s influence in the Syrian conflict can be relegated to the acquiescence and orchestration of the US, and it’s strategic plans, rather than any real strength on the part of the Russians.
[1] http://euromonitor.typepad.com/.a/6a01310f54565d970c017c325d2c8b970b-500wi
[2] http://www.theguardian.com/business/2009/jan/07/gas-ukraine
[3]http://www.upi.com/Business_News/Energy-Resources/2013/09/25/Ukrainian-gas-sector-escaping-Russias-grasp/UPI-83001380107370/
[4]http://www.upi.com/Business_News/Energy-Resources/2013/09/25/Ukrainian-gas-sector-escaping-Russias-grasp/UPI-83001380107370/
previous