By Adnan Khan Edward Snowden, the former National Security Agency (NSA) contractor continues to ‘whistle blow’ on US mass surveillance. His latest revelation on Tuesday 22 November reverberated around the world, as he exposed the NSA had spied upon 35 European leaders including Angela Markel’s cell phone.[1] This recent case of espionage gives another insight into the world of intelligence and espionage. Whilst spying on world leaders has received significant media coverage what’s surprising was...
1st November 20135 min 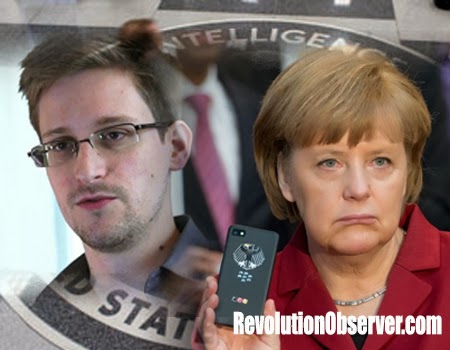 Edward Snowden, the former National Security Agency (NSA) contractor continues to ‘whistle blow’ on US mass surveillance. His latest revelation on Tuesday 22 November reverberated around the world, as he exposed the NSA had spied upon 35 European leaders including Angela Markel’s cell phone.[1] This recent case of espionage gives another insight into the world of intelligence and espionage. Whilst spying on world leaders has received significant media coverage what’s surprising was how surprised many were! Espionage needs to be put into perspective and placed in its correct context and with this in mind there are four aspects that need to be understood.
The first aspect is why nations put resources into intelligence and espionage activities? Nations have relations with other nations, these could be commercial, defence, cultural or economic. Knowing what each country is doing, planning or contemplating will place a nation in an advantageous position and potentially save a nation from potential disasters. Companies monitor their competitors, sports teams monitor their competition and even political parties monitor other political parties. Enemies, friends and acquaintances all keep an eye on each other, but how they accomplish all of this varies, the fact they all do this is an aspect of human nature. The shock at learning that the US wants to even know what is going on in Europe, in reality is just a natural aspect of human nature. The fact the Soviet Union and the US wanted to know what each other was up to was not just based on human nature, but prudent planning. Espionage is well documented throughout history. The ancient writings of Chinese military strategists such as Sun-Tzu contain information on deception and subversion. Fundamentally every entity, be they government, corporations or individuals conduct espionage, it is the styles and means that vary.
The Soviet Union had a big impact on espionage. During the 1920s and 1930s, the Soviets developed a unique model of espionage. They excelled at placing undetectable operatives in key positions. The Soviet KGB would frequently visit left-wing meetings to recruit potential agents. These would be young people with impeccable backgrounds and only limited contact with the left. They would be recruited based on ideology, and less often via money, sex or blackmail. They would never again be in contact with communists or fellow travelers. They would apply for jobs in their countries’ intelligence services, foreign or defence ministries or other strategic posts. Given their family and academic backgrounds, they would be hired. They would then be left in place for 20 or 30 years while they rose in the ranks, and aided with information from the Soviet side to move their careers ahead. Recruiting someone at an early age created psychological and intimate bonds over long years of management and also allowed an agent to eventually mature into senior foreign government post, which allowed ample time for testing loyalty. The Soviets not only got more reliable information this way but also the ability to influence the other country’s decision-making.
The US adopted technical intelligence for this process. This is why the most important US intelligence-collection agency is not the CIA, but the National Security Agency (NSA). The NSA focuses on intercepting communications, penetrating computer networks, encryption and the like. So whereas the Russians seek to control the career of a recruit through retirement, the NSA seeks access to everything that is recorded electronically. The goal here is understanding capabilities and intentions of other nations. This method provides better and faster intelligence than the placement of agents, but substitutes for influence. The revelations about PRISM or Angela Merkel’s cell phone being tapped are thus not a diversion from US modus operandi (method of operation). Given the state of technology it was inevitable that the NSA would be capturing communications around the world. Many leaks prior to Snowden’s showed that the NSA was doing this.[2] In order for the US to collect data regarding potential attacks vast amounts of data need to be collected. As data cannot be judged until it has been read, NSA systems have turned into a global collection system, whereby vast amounts of information are collected, regardless of source or use.
Regardless of capabilities, espionage activities have an inherent weakness. If we consider two cases: the collapse of the Soviet Union in 1990 and the Iraq war of the last decade. Even if a member of the Soviet Union’s Politburo was a long-term US mole and even if the US knew everything Saddam Hussein, his Generals, inner circle and family knew, wrote or said. In either of these scenarios it would not have made any difference to how events played out, despite them being of critical importance to US strategic interests. This is because, in the end, the respective senior leadership didn’t know how events were going to play out. These critical events in history, the most thorough penetration using either American or Russian techniques would have failed to provide warning of the change ahead. This is because the people being spied on did not even understand the reality on the ground in their respective countries, thus their intentions about what to do were irrelevant.
Intelligence and espionage activities are similar to war, in the sense that they are just politics through other means. Just as military equipment and wars can yield results they can also lead to stalemates or even losses, espionage activities can also lead to results or failure. In the 21st century, espionage is as prominent a tool as it was during the cold war. While espionage efforts on a country-to-country basis are what dominate the headlines, the covert operations that are not heavily publicized are what deserve the most scrutiny. This recent event reveals much about the inner workings and trends within the espionage community, and show that every nation is spying on other nations despite rhetoric to the contrary.
[1] http://www.theguardian.com/world/2013/oct/25/nsa-spying-rift-us-europe-angela-merkel
[2] http://www.washingtonpost.com/world/national-security/nsa-collects-millions-of-e-mail-address-books-globally/2013/10/14/8e58b5be-34f9-11e3-80c6-7e6dd8d22d8f_story.html
previous

Russia & the Global Balance of Power