By Mozimmal Hussain Most, if not all, economic activity in advanced western economies are dependent upon the availability of low cost and readily available forms of energy. In order to secure such strategic commodities, western nations, in particular the United States, expend considerable diplomatic and military resources. Currently, the US produces about 74% of its energy requirements domestically, however, certain key sectors of the US economy remain heavily dependent on imported energy. For example, 93%...
11th September 20136 min 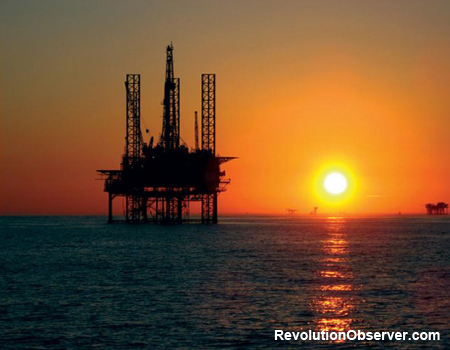 By Mozimmal Hussain
Most, if not all, economic activity in advanced western economies are dependent upon the availability of low cost and readily available forms of energy. In order to secure such strategic commodities, western nations, in particular the United States, expend considerable diplomatic and military resources. Currently, the US produces about 74% of its energy requirements domestically, however, certain key sectors of the US economy remain heavily dependent on imported energy. For example, 93% of the energy derived from oil that is used for transportation in the US is imported. Energy sources can be divided into three main categories: renewable, nuclear, and carbon-based.
Although the US has invested a considerable amount of money in renewable energy sources as an alternative form of energy, the production and application of this technology is limited as it costs significantly more per kilowatt than conventional forms. Furthermore, much of the technology used to produce renewable energy relies on rare earth elements that are almost entirely monopolized by China [1].  Fluctuations in production also cause instability in the electricity grid, limiting the proportion of renewable energy which can be generated. [2]  Therefore, renewable sources cannot replace conventional sources as a means of meeting the global demand for energy.
A look at nuclear power generation shows that it currently produces 790 TWh of electricity, which accounts for 19.2% of the US electricity production. [3]  In the previous decade, due to high oil and gas prices, there was talk of a nuclear renaissance which was supported by the Nuclear Power 2010 Program. The program addressed the need for new power plants in order to develop advanced nuclear technology. The 2011 Fukushima Daiichi nuclear disaster and decreasing gas prices have prevented any renaissance in the US nuclear energy industry. [4] Thus, the lack of groundbreaking innovation in the US nuclear plants since 1974 eventually resulted in the failure of a nuclear renaissance.[5]
Carbon based fuels including coal, gas and oil, have consistently accounted for 84% of the US energy use over the previous decade. [6]  Of which 40% of the electricity is generated using coal. [7] The US has the world’s largest proven reserves of coal as its current levels of consumption are considered to be sufficient for at least 200 years. [8]  Over 95% of natural gas consumed in the US is produced domestically, making it currently self sufficient in natural gas. [9] However, proven reserves of conventional natural gas are estimated to be exhausted in less than 15 years. Even though the existence of shale gas has been known for over a hundred years, developing methods to extract it at commercially viable costs are ongoing. The process commonly known as fracking (induced hydraulic fracturing) is being used to exploit reserves of gas previously inaccessible to conventional methods of extraction. Shale gas production has steadily increased and now accounts for over 23% of natural gas production in the US and is estimated to increase to 49% by 2035. [10]
The exploitation of unconventional gas reserves has dramatically increased the estimated natural gas reserves of the US causing some to speculate that reserves have been increased from 15 to 100 years supply. [11]  It is estimated that the US will become a net exporter of natural gas in the coming decade which may potentially cause tension between suppliers and consumers in the energy market. This is a reflection of current technological developments, and as of yet there is no alternative which can provide the same power density and range that an internal combustion engine using diesel or gasoline can provide.  For instance, alternatives like the electric car all have critical and somewhat insurmountable obstacles for their large scale adoption such as the cost of batteries, the range,  and most importantly the time required to charge- all factors severely limit the use of electric cars. [12]
The US imported 11.0 MMbd of crude oil and refined petroleum products in 2012, however, the majority of the oil was imported from western countries with Canada topping the list at 28%. The country’s dependence on imported oil fell from 60.3% in 2005 to 49.3% in 2010, [13]  and all indicators suggest that this is an ongoing trend.  This reduction can be attributed to decline in consumption partially due to the reduction in the popularity of large engine sized automobiles. [14]  The US gets 29% of its imports from the Middle East and is attempting to reduce this percent. The country also has several programs looking at methods to produce fuel domestically; biofuels gas-to-liquid technology and shale oil seem to be the most promising. Furthermore, electrification of the railway network reduces dependence on diesel locomotive which further reduces demand from the freight sector and diverts it from roads to the railway network which, in turn reduces demand for oil imports.
In conclusion the US has the means available to reduce or even eliminate its dependence on foreign energy supplies in all sectors, including transportation. Even in the transportation sector, she can look to eliminate the need to import oil from the Middle East as further advances in efficiency and better practices are anticipated. Although the programs researching various methods to produce fuel domestically are in early stages of development and may take considerable time to come online; the biofuels gas-to-liquid technology and shale oil seem to be the most promising sources for turning around the US energy dependency.
[1] http://www.theguardian.com/environment/2012/jan/27/rare-minerals-global-renewables-industry
[2] http://www.spiegel.de/international/germany/instability-in-power-grid-comes-at-high-cost-for-german-industry-a-850419.html
[3]  Nuclear Energy Review, US Energy Information Administration, 2012
[4] US Energy Information Administration, Table 3. Nuclear Reactor Characteristics and Operational History, 11 Nov. 2011.
[5] Matthew L. Wald (December 7, 2010). “Nuclear ‘Renaissance’ Is Short on Largess”. The New York Times.
[6] http://data.worldbank.org/indicator/EG.USE.COMM.FO.ZS
[7] http://www.eia.gov/energy_in_brief/article/role_coal_us.cfm
[8] http://www.eia.gov/tools/faqs/faq.cfm?id=70&t=2
[9] http://www.eia.gov/energy_in_brief/article/about_shale_gas.cfm
[10] Annual Energy Outlook 2012 Early Release Overview”. Retrieved 27 January 2012.
[11] Doran, Peter T.; Maggie Kendall Zimmerman (January 20, 2009). “Examining the Scientific Consensus on Climate Change”. EOS, Transactions American Geophysical Union, vol. 90, no. 3: 22–23.
[12] http://www.eia.gov/energy_in_brief/article/major_energy_sources_and_users.cfm
[13] http://www.eia.gov/energy_in_brief/article/foreign_oil_dependence.cfm
[14] http://www.nytimes.com/2010/08/15/automobiles/15FOUR.html

Understanding the U.S Strikes Against Syria