By Adnan Khan The British Geological Survey report, published June 27 2013, suggested the country could have as much as 64 trillion cubic meters of shale energy within its shores.[1]  Shale energy continues to make global headlines as the development of new technologies in extraction and drilling have made previously unrecoverable energy resources now recoverable. The shale gas energy revolution has changed the face of the energy landscape in the US. Natural gas production in...
5th September 20135 min 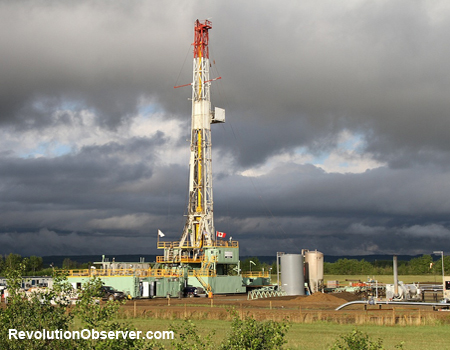 By Adnan Khan
The British Geological Survey report, published June 27 2013, suggested the country could have as much as 64 trillion cubic meters of shale energy within its shores.[1]  Shale energy continues to make global headlines as the development of new technologies in extraction and drilling have made previously unrecoverable energy resources now recoverable. The shale gas energy revolution has changed the face of the energy landscape in the US. Natural gas production in the US has drastically increased to an all-time high. Proposals for, and the actual construction of 7 liquefied natural gas export terminals, are afoot.[2]
When attempting to discover fossil fuel deposits, various techniques and technologies have been developed. For the moment, drilling for energy has been to depths of around one mile, as this is where oil and gas is found in significant quantities, having escaped from their original sources. The World’s largest oil field – the Ghawar oil field in Saudi Arabia, is liquid that escaped from its original source in a very large quantity and settled in between the Earth’s crust and through drilling techniques, it has been extracted and fuels most of the world’s daily oil needs. Nearly 85% of the easily extractable energy has already been mapped and analysts do not believe another Ghawar will be found in the remaining 15%.[3] For these reasons, drilling and searching for fossil fuels further within the earth is needed, but this requires more advanced technology, newer techniques and methods due to the depth, and it also needs to be profitable.
The developments in shale energy has been due to the need to find new sources of oil and gas and also due to the development in new drilling techniques and methods. This has now allowed previously unrecoverable energy reserves to be extracted. Energy is extracted from shale rocks deep in the earth by blasting them apart through a process called ‘fracking’. This is where the injection of water with sand and chemicals at high pressure along horizontal pipes, causes cracks in the shale rock, which then allows oil and gas to seep through. This process has been controversial as it has caused earthquakes and requires two barrels of water to extract one barrel of oil. Due to drilling taking place so far in the earth, there is the prospect of water sources becoming contaminated and soil damage taking place. Whilst there are many who have written about the negative aspects of this new technical process, the prospects of new sources of energy has been given priority by Western governments.
The political implications of this new development may strengthen the American position globally. America has led the way in this area and is considered to posses the world’s largest reserves of shale oil. The 2012 annual energy review by the International Energy Agency (IEA), outlined that new shale sources could fuel US’s energy independence, and make the country the world’s biggest oil producer by 2017.[4] US energy dependency has long dominated successive administrations. The US today consumes around 19 million barrels of oil a day (bpd) from which domestic production from US oil fields accounts for only 10 million (bpd), the remainder is imported. Now, this could possibly be fully reversed. According to the RAND institute, US shale reserves can produce an estimated 1.5 to 1.8 trillion barrels of crude oil, three times more than the oil reserves of Saudi Arabia.[5]
It is unlikely that the importance of the Middle East will reduce, because 61% of the world’s oil reserves are in this region.[6] More importantly, the region possesses the sweet type of crude oil, which is the cheapest and easiest to extract and refine. The sheer size of the reserves makes the Middle East important globally, as whoever controls the region, controls the world’s energy supplies. Political change in this region would lead to a major geopolitical shift. Thus, it is unlikely the US will stop interfering in this region.
America has overcome the technological obstacles to extract from deep within the earth. These new technological improvements mean the US may be able to end her dependency on foreign energy. This will have big political ramifications as the US may become self-sufficient in energy within a decade, and even begin exporting energy. For the rest of the world, there will be a rush to develop their own deposits of shale and then to develop those of other countries who they have influence over. Whilst this may be an opportunity for many nations, including Muslim ones, to free themselves from the foreign dependency, the challenge for them is to develop this technology themselves; otherwise, further dependence on Western technology will continue to strangle nations as it has in the past.
[1] http://www.bgs.ac.uk/shalegas/#ad-image-0
[2] www.fas.org/sgp/crs/misc/R42074.pdf‎
[3] http://www.theglobaleducationproject.org/earth/energy-supply.php
[4] http://www.rigzone.com/news/oil_gas/a/122022/IEA_Shale_Boom_to_Turn_US_Into_Worlds_Largest_Oil_Producer
[5] http://www.rand.org/pubs/research_briefs/RB9143/index1.html