By Adnan Khan David Cameron, prime minister of the United Kingdom, failed to gain parliamentary approval for British military involvement in Syria on August 29th, despite making a passionate appeal on humanitarian grounds. As the US struggles to cobble together a coalition, the European position (primarily that of France and the UK) on global issues, especially Syria, has come sharply into focus. As the unprecedented events of the Arab Spring continue to reverberate in the...
3rd September 20135 min 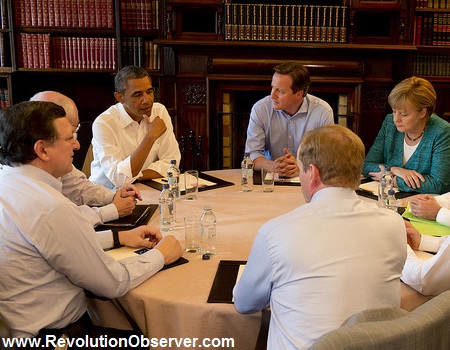 By Adnan Khan
David Cameron, prime minister of the United Kingdom, failed to gain parliamentary approval for British military involvement in Syria on August 29th, despite making a passionate appeal on humanitarian grounds. As the US struggles to cobble together a coalition, the European position (primarily that of France and the UK) on global issues, especially Syria, has come sharply into focus. As the unprecedented events of the Arab Spring continue to reverberate in the Muslim world, the division between Europe and the US is becoming clearer.
Both Britain and France have ambitions around the world, but both are outstripped by the world’s superpower, the US. After the events of WW2, both nations were replaced by the US and the Soviet Union as the world’s powers. Ever since the collapse of the Soviet Union, both countries have continued to compete with the US in international affairs. Britain dealt with this reality by working with the US on global issues, whilst simultaneously attempting to complicate, alter, and divert US plans. Wherever British interests can be served, they side with the US, and when they are threatened, they still side with the US in order to complicate and weaken their plans. Thus, very little tension occurs in Anglo-US relations on the surface, but beneath the facade, the UK is continuously challenging US policies. During the de Gaullist era, France perceived the United States as a threat that could make Paris irrelevant, and so it openly stood in opposition against the US. However, when Nicolas Sarkozy took office in 2007, France adopted the British approach of working with the US in order to compromise it. For example, France, Britain and the US have worked together on the issues of two-state solution for Palestine, North Korea and Iran. On the other hand, they conflicted and competed with each other in Lebanon, Sudan, and Nigeria.
Syria is the latest battleground between France, UK and the US. Whilst the US was calling al-Assad a reformer, the European powers were calling for his ouster and replacement. Hillary Clinton said in 2011: “What I do know is that they (al-Assad) have an opportunity still to bring about a reform agenda. Nobody believed Gaddafi would do that. People do believe there is a possible path forward with Syria. So we’re going to continue joining with all of our allies to keep pressing very hard on that.”[1] David Cameron outlined at the G8 summit: “Assad has blood on his hands, it is unthinkable the dictator could play any part in the nation’s future.”[2] While France carved up Syria after WW1 and cultivated links with the Alawites, putting them into a position of power, its loss of importance after WW2 led Syria to come under the influence of the US.
As images beamed around the world of the massacres at the hands of Bashar al-Assad, the US position became untenable and thus they began talks with opposition groups. However, Leon Panetta made the US position very clear in July 2012 when he said: “I think it’s important when Assad leaves – and he will leave – to try to preserve stability in that country. And the best way to preserve that kind of stability is to maintain as much of the military, the police, as you can, along with the security forces, and hope that they will transition to a democratic form of government. That’s a key.”[3] The Syrian National Council (SNC) which then became the Syrian National Coalition was always open to talks with the regime – which was always the US position. However, both Britain and France pursued a separate track, independent from the US, through the ‘Friends of Syria’ group. Under European direction, a transitional government was established, which appointed Ghassan Hitto as interim leader. Establishing an interim government meant that no deal would take place with the Assad regime – which has always been the European position. This interim government, however, remains in exile and lacks an organizational base inside Syria.
The US has been able to dilute both French and British attempts to gain influence in Syria through various initiatives. These initiatives included providing the rebels with weapons, establishing a transitional government composed of al-Assad cronies along with some new faces, applying the Yemen model in Syria, and utilising the UN when atrocities occurred. All these initiatives however ended with the existing regime remaining in place. With Europe consistently calling for the end of al-Assad’s regime and the US deflecting this position, the chemical weapons attack in Ghouta on August 21st, led to the immediate prepositioning of four US Navy warships into the Mediterranean. This maneuver caught both France and the UK off guard as the US had been dragging its feet against any type of intervention.  In a matter of days, France and the UK were forced to deal with the reality of possible US intervention.
Whilst Britain and France appear on the surface to be working with the US, in reality they are competitors in the global arena – the latest battleground being Syria, where over 100,000 people have been killed at the hands of the al-Assad regime. For Britain and France, the instability in Syria offers new opportunities to interfere and gain leverage over a nation which lies at the heart of the Middle East. The US continues to navigate European diversions and obstacles in its quest to keep Syria firmly within its sphere of influence. What they all do agree on is the prevention of an independent Syria, free from their grasp.