By Abu Anas The United States and its Turkish ally are preparing for the worst-case scenario, which is invading Syria through ground troops in order to secure US hegemony. This is the third option the US possesses to maintain control over this strategic country in the Middle East, as we have outlined before in an earlier article. Such an invasion will most likely be vetoed by Russia and China in any UN resolution, therefore the...
24th August 20125 min 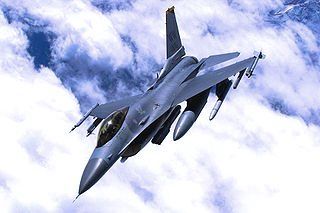 The United States and its Turkish ally are preparing for the worst-case scenario, which is invading Syria through ground troops in order to secure US hegemony. This is the third option the US possesses to maintain control over this strategic country in the Middle East, as we have outlined before in an earlier article. Such an invasion will most likely be vetoed by Russia and China in any UN resolution, therefore the US will resort to NATO to execute the military campaign.
Until now the US has been attempting to get the opposition to reach a compromise in which the rebels and the government negotiate the exit of Bashar al-Assad in return for ending the revolt and transitioning into a government that can pave the way for a democratic state. The Free Syrian Army (FSA) has not cooperated yet with such a political maneuver that would in effect abort the revolution by removing the face of the regime and maintaining its structure. A significant number of the FSA factions have dropped the revolution national flag (green, white with red stars) and instead raised the Islamic white flag with the black slogan “There Is No God But Allah”, which shows the Islamisation of the rebels. The dilemma of the United States is that the Assad regime has proven its inability to crush the revolution and stabilize the country while the rebels are demanding an Islamic State.
Even though the military option has been discussed by analysts for a while, the point at which the US and Turkey signaled that such intervention is possible was on June 22nd, after the Syrian air-defenses shot down a Turkish reconnaissance airplane. Turkey threatened to take military action, if necessary, under the 5th article of the NATO charter. The Turkish F-4 Phantom jet flew at high speed and low altitude close to the Syrian airspace, an act that would automatically trigger the Syrian air defenses to shoot down the plane, which points at a deliberate US and Turkish plot seeking to gain an excuse for a later NATO intervention.[1]
On July 26th, Turkish Prime Minister Recep Tayyip Erdogan warned that a Turkish intervention would be definite if the Kurdistan Workers Party (PKK) establishes a separate state inside Syria by saying, “we will not allow a terrorist group to establish camps in northern Syria and Turkey.“[2] Whether it is the PKK militants or any other militant groups that would threaten Turkey’s stability, it would entail the same military response. Additionally, since the downing of the plane in June, Turkey has been amassing troops and spreading anti-aircraft defense systems along the Syrian border.[3] The clearest message surfaced last Monday, August 20th, when President Obama said: “We have been very clear to the Assad regime, but also to other players on the ground, that a red line for us is [if] we start seeing a whole bunch of chemical weapons moving around or being utilized.”[4] Aside from his comment being a green light for al-Assad to do whatever he wants against his people less than using chemical weapons, this is a warning from Obama to the “other players on the ground” (FSA) that the US has the excuse ready to militarily intervene if rebels do not comply and serve US interest!
On August 11th, the US announced that it has set up a joint operational planning group with Turkey that would coordinate both countries’ response to the Syrian conflict.[5] Clinton and her Turkish counterpart have both indicated that a “no-fly zone” is an option that is still in consideration. Today, the first meeting of this operational group that included “senior diplomatic, military and intelligence officials from the U.S. and Turkey met in Istanbul” in preparation for any chemical weapons fallout.[6] State Department spokeswoman Victoria Nuland said that in addition to securing the chemical weapons, the plan will assist in maintaining law and order and offer “various levels of support that have been requested for public safety, public security, [and] for restructuring the military.”[6] Additionally, today, it was reported that the US Navy is sending its aircraft carrier, USS Stennis, back to the Middle East four months prior to its scheduled return. Secretary of Defense, Panetta, stated that one of the reasons for such a deployment was “the turmoil in Syria.”[7]
The US will not use this option unless the regime partly or fully implodes, but it has set up the operational plans and will try to militarily intervene in Syria if the rebels establish a regime outside of its control, especially if the new regime is an Islamic one. For the rebels to block any excuse for intervention they should seek the demolition of the regime through encouraging the defection of full Syrian army units. The synchronization between the FSA and those units should lead afterwards to the immediate integration of the FSA back into the national army to secure all types of weapons and to prevent any external intervention. The only way for the rebels to secure a free and independent Syria is by having a united and strong army that is sincere to the Muslims in Syria and ready to secure the country and its borders.

The Agency of the Assad Regime

US Ties To Syrian Rebels