By Abu Anas The United States has setup its contingency plan for invading Syria if the regime collapses or nears collapse. The most cost effective plan for the US is managing to influence the rebels and establish an acceptable opposition leadership that will serve its interests and continue to be a loyal regime in the post-Assad era. This will continue to be the first option for the US in dealing with the Syrian revolution and...
30th August 20125 min 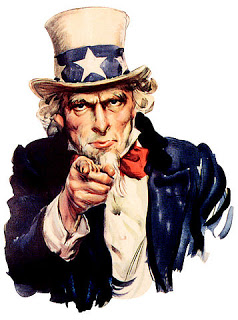 By Abu Anas
The United States has setup its contingency plan for invading Syria if the regime collapses or nears collapse. The most cost effective plan for the US is managing to influence the rebels and establish an acceptable opposition leadership that will serve its interests and continue to be a loyal regime in the post-Assad era. This will continue to be the first option for the US in dealing with the Syrian revolution and managing its outcomes.
The outcome for this Syrian conflict can be one of three results, summarized as follows: (a) the regime crushing the revolution, (b) the crisis deteriorating into an all-out civil war that spans years or (c) the rebels reaching their “goals” including the removal of the Assad family from power. The first outcome has become more and more unattainable through the weakening of the regime and the loosening of its grip on the ground as it battles with the Free Syrian Army (FSA). As of now, the regime is solely relying on air-power and shelling from afar using tanks and other heavy weaponry. The second option is not in the strategic interest of the US since it will bring chaos to Syria’s neighbors, including Israel, which can exacerbate the conflict into a regional one. So, strategically speaking, the US is trying to manage the third outcome by, first and foremost, trying to shape the goals of the rebels through compromise and intimidation.
After initially backing the Syrian National Council (SNC) the US has recognized that the SNC alone has failed to gather support from the Syrian public and to rally the internal revolutionary councils around it. In particular, the rebels inside Syria have denounced the SNC after months and months of demands have gone unanswered and for failing to supply them with weapons. Therefore, the US had to invent new approaches to keep its options open so it can influence the revolution and steer it in a direction compatible with its strategy in the region. For the US to be effective in winning over the rebels, it has to work with them directly on the ground inside Syria.

Last Sunday, Aug 26th, it was reported that the US and Britain have setup a training camp close to the Turkish border for this exact reason of training Syrian activists from inside Syria. “An underground network of Syrian opposition activists is receiving training and supplies of vital equipment from a combined American and British effort to forge an effective alternative to the Damascus regime. Dozens of dissidents have been ferried out of Syria to be vetted for foreign backing.“[1] A British consultant who is part of this “multinational project to build Syria’s next governing class“[1] was quoted while commenting on the objective of this US/UK effort, “What’s going to come next? Who is going to control territory across Syria?“1 The West is worried that Islamists might seize power unless they prepare secular-minded rebels to rule post-Assad Syria. Recruits face “two days of vetting designed to ensure that the programme does not fall into the trap of promoting sectarian agendas or the rise of al-Qaeda-style fundamentalists.”[1]
The US tries to lure these hand-picked “vetted” activists through offering training and support so they can galvanize greater influence within the rebels inside Syria and naturally take the leadership role. The false leak about the US offering “stinger” anti-aircraft shoulder-held missiles is just another signal of what the US can offer those FSA factions that would line up properly under its agenda.[2] On the other hand, the US will keep the pressure upon the rebels by turning a blind eye to the Assad regime while it continues its bloodshed. The whole fear of al-Assad using chemical weapons is part of the psychological warfare utilized to intimidate the rebels to comply with American foreign policy.
The US and the West in general do not want to let Syria become free from their hegemony, where the global powers have a grip on every country in the third-world, particularly the Muslim world. This revolution is a genuine popular uprising by the Muslims in Syria who have suffered at the hands of its US-backed regime for over four decades. The US is coaching a new team of pre-screened and loyal activists to rule future Syria in the post-Assad era. The Syrian people are paying a heavy price to attain their freedom and to decide their political destiny. Falling in the trap of exchanging the main goal of the revolution, which is the emancipation from tyranny, by the acceptance of a foreign backed Karzai-like leadership for the sake of gaining logistical and military support from the West is political suicide and a betrayal to the blood sacrificed by the Syrians thus far!

Nasser of the Brotherhood