Sudan has recently joined a growing list of nations who have signed normalisation agreements with Israel. The African continent has long been a target for normalisation for Israel as it aids the legitimacy she has long sought

Sudan has recently joined a growing list of nations who have signed normalisation agreements with Israel. This is a significant development for the Zionists as Africa has long been a target for this entity in order to justify her existence in the Middle East. Much of the African continent long supported the Arab position of having no ties with Israel, but after decades of diplomacy, the African continent now provides Israel with the much needed legitimacy it has for long sought.

Israel for long tried to present itself in Africa as a newly emergent nation during the era of decolonisation. But in the wake of the oil crisis, and the 1973 Yom Kippur War, African governments fell out with Israel to comply with a resolution of the Organization of African Unity (OAU), sponsored by Egypt, calling for members to break off ties with Israel. Another incentive for severing relations was the promise made by Libyan leader Muammar Qaddafi and Saudi King Faisal to provide cheap oil and financial aid to African countries. The African Union (AU) even granted Palestinians non-member observer status at AU Summits, the Israelis did not receive the same treatment. Israel’s active support for the Apartheid’s regime in South Africa throughout the 1980s widened the rift. In the 1990s, following the end of the Apartheid, several African countries restored their relations with Israel. However, Israel’s diplomatic strategy remained limited.

For Israel, Africa provides immense economic opportunities, especially due to her strategic  dilemmas. Israel for long sought defence sales, agricultural technology sales and assistance that were essential for her economic development. Africa’s development needs provide  Israel with the opportunity to develop herself if relations could be forged. In 2016, Prime Minister Benjamin Netanyahu declared that “Israel is coming back to Africa, and Africa is returning to Israel”[1]. This was a referral to the erstwhile relationship between the two parties before it was disrupted. The relationship between the two has always been intermittent. In recent years Israel has pursued a new policy for Africa with the aim to dissuade the continent from backing the Palestinian agenda at the UN by exporting weapons and technology to the continent in return for diplomatic support.

Ethiopia has for long been Israel’s most important ally in Africa. Israel intervened for Emperor Haile Selassie I in 1960 when the military attempted  a coup. In addition, the presence of Jews in the East-African country allowed a pretext for forming a stable relationship that has seen Israel willing to have African Jewish migration. Ethiopia has also received military training and weapons from Israel for decades and therefore has long been in a form of alliance.

Sudan’s foreign ministry spokesman was sacked in August 2020 after the ministry rejected his public statement that “…a normalisation deal between Khartoum and Tel Aviv was imminent.”[2]But after the US President subsequently exposed that Sudan would be the next nation that would normalise relations with Israel, Sudanese officials moved ahead despite public condemnation. For decades, Sudan has been a strong critique of the Zionist state as it fought wars with Israel, and adopted the AU resolution known as the resolution of the Three Noes: no peace, no recognition, no negotiations. Sudan had sent troops to fight Israeli forces in all Arab-Israeli wars and for long considered Israel an enemy. But with promises by the US to remove Sudan from the terrorist sponsors’ nations list, Sudan’s military who has been dealing with an uprising from its own people, moved to normalise relations due to her dire economic situation.  A Brookings Institute report outlined that Sudan normalising relations with Israel is far too dangerous due to the fear that mass Islamic sentiments could plunge the country into further chaos.[3]With economic pressure that piled up on the country’s leadership, she had no choice and resigned to her dependency on foreign assistance.

Nigeria is a strategic nation in West Africa due to her vast population and extensive mineral resources. She is a member of the Organization of the Petroleum Exporting Countries (OPEC) and Africa’s largest oil exporter. The country has an unofficial relationship with Israel via representatives that have received military equipment from Israel. Nigeria has not shown any signs of joining the normalisation accords for the moment, but would be a key nation on the continent, should she want to take advantage of the economic opportunities.

With the normalisation of a number of Arab nations with Israel, this has opened the doors for the African continent to also follow suit. Many African nations who joined the Organisation of Islamic Cooperation (OIC) and African Union (AU) eschewed relations with Israel, but with the Gulf States normalising relations, there is now no sense of obligation to the Palestinian issue; the economic gains outweigh the ideological commitments.  The significance of the African continent recognising Israel is that it betrays the Palestinians and provides the Israelis with the much needed security it for so long needed. 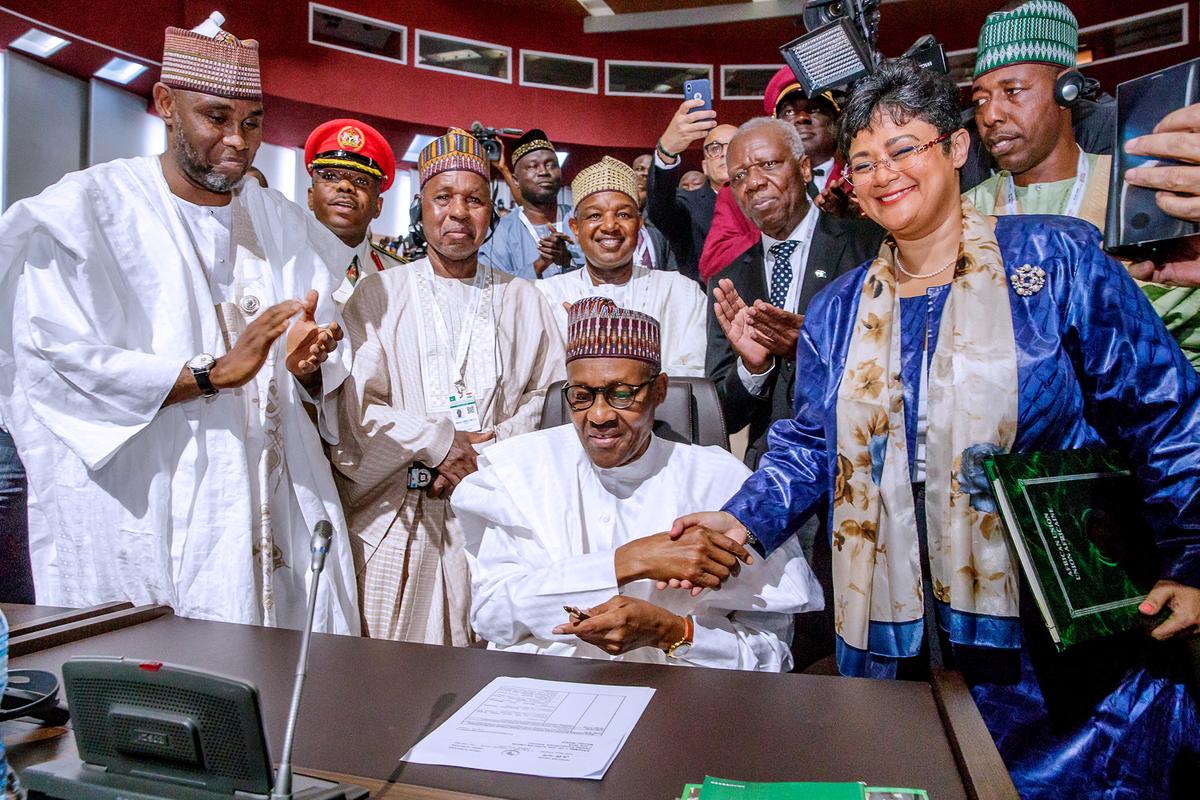