The nation-state with clearly defined borders is today the basic building block of political life. The nation state is  central to political discourse and political analysis. Today, there around 200 nations globally, organised by ethnicity, ideology, nationalism or even religion. But, since the collapse of the Soviet Union, globalisation of the world economy made political borders less important. Global and cultural interaction is today at unprecedented levels and the developments in international trade, communications, air...
21st March 20188 min

The nation-state with clearly defined borders is today the basic building block of political life. The nation state is  central to political discourse and political analysis. Today, there around 200 nations globally, organised by ethnicity, ideology, nationalism or even religion. But, since the collapse of the Soviet Union, globalisation of the world economy made political borders less important. Global and cultural interaction is today at unprecedented levels and the developments in international trade, communications, air travel and the internet is challenging the pre-eminent position of the nation state.

Since the beginning of civilisation, human beings organised themselves to live in families that were part of clans and where groups of clans formed tribes. These tribes were organised along certain traits and characteristics – nationalism, patriotism, a creed, racism and superiority are just some examples. On several occasions empires emerged that completely transcended across such groupings, the Roman Empire being one. These groupings did not live in isolation but were forced by the dynamics of life to interact and compete with each other. This competition over wealth, resources, land, geography, honour, prestige, power and supremacy constantly led to local, regional and global wars.

These groupings eventually gave rise to the basic building block of global power today – the nation state. The state is the government and its institutions; the nation is best described as some kind of grouping of people who identify with each other, be it for cultural, ethnic, linguistic or historical reasons. The nation state is the marriage of the two ideas. The modern nation state was a result of the Peace of Westphalia that ended the Thirty Years’ War in Europe in 1648. The Thirty Years’ War, was a series of wars beginning in 1618 because of conflicts between Protestants and Catholics and political struggles involving the Holy Roman Empire and was fought mainly in the region we now call Germany. The impact of the wars in central Europe was devastating. The Thirty Years’ War became the last major religious war in Europe.

The edicts agreed upon during the Peace of Westphalia helped lay the foundations for what was to become modern nation states, stipulating that the citizens of the respective nations should be subjected primarily to the laws and of their own governments. The nation-state became the basic governing entity and has ever since dominated global politics. Nations, rather than tribe or clan made relations with other nations and it was the executive authority, usually elected, that managed the affairs of the nation. The nation State is today central to political discourse and political analysis. for most of the 20th century, the nation-state, with clearly defined borders, has been the leading political model. Today there around 200 nations globally and organised by ethnicity, ideology, nationalism or even religion.

However, since the collapse of the Soviet Union, globalisation of the world economy made political borders less important. Strategic alliances that would have been impossible during the Cold War era have developed to allow more economic and cultural interaction. The developments in international trade, communications, air travel and the internet is challenging the pre-eminent position of the nation state.

The developments in international trade, communications, air travel and the internet is challenging the pre-eminent position of the nation state

Politicians and thinkers and nations can no longer think of themselves in the context of nationalism that gave rise to the modern nation state of the industrial era. They are now being forced to think in a new international context since globalisation means that nations can no longer think of themselves in isolation to the rest of the world. The growing interdependencies between nations driven by changes in the structure of the global economy, international relations and technological advancement are forcing people to question the nature of the nation state and social organisation. Globalisation captures elements of a widespread perception that there is a broadening, deepening and speeding up of world-wide interconnectedness in all aspects of life, from the cultural to the criminal, the financial to the environmental. At issue is ‘a global shift,’ that is, a world being moulded, by economic and technological forces, into a shared economic and political arena. Anthony Giddens, who is considered the most prominent modern sociologist, highlighted: “globalisation is restructuring the ways in which we live” and “the era of the nation state is over.”[1]

Globalisation is just one trend that has challenged the nation state. The legitimacy and effectiveness of the nation state is also being questioned. The nation state is meant to represent its people and effectively represent the national will. But in all most all nations governments represent an increasingly narrow segment of the population who possess most of the nation’s wealth and thus have a disproportionate influence over the nation. Global surveys continue to show that most people feel government are not governed by the will of the people and they express little interest in national parliaments, political parties and governments. One of the main reasons for this is economic inequality because the rich have huge influence upon political leadership and political institutions. These have become undermined as governments overwhelmingly serve the interests of economic elites to the detriment of ordinary people. An Oxfam report recognized this: “Since the late 1970s, weak regulation of the role of money in politics has permitted wealthy individuals and corporations to exert undue influence over government policy making.”[2] The nation state is increasingly being viewed as working for the few and thus inadequate in the 21st century.

If the primary task of the nation state is to provide for the peoples well-being and happiness – it is failing in this task. People continue to organize and are expressing their discontent with national governments across world, including some of the most democratic. There is currently a global mistrust of national governments, as one US professor highlighted: “the increasing inability of the political system, anchored in the nation state to represent citizens in effective practice of global governance and the ascendance of global governance as an increasingly essential component of national and local government.”[3] The nation state is losing out in effectiveness and popularity to other forms of governance including grass root organizations, nongovernmental organizations (NGOs) transnational corporations and movements and intergovernmental organizations (IGOs). Today, transnational collective action is challenging even these institutions and the nation state.

International NGO’s have become more prolific in the last decade which is directly challenging the nation state, the authority of governments and increasingly bringing together people from different countries to work on issues which affect us all and transcend national boundaries. Their work is often sustained by young people and has been made possible, more so due to the internet and the increasing ease of international travel. Such interactions inevitably reduce ethnocentrism and enhance friendships amongst citizens from different nations, even if their governments are not so friendly with each other. This phenomenon is referred to as a ‘global civil society,’ a trend that completely undermines the power, legitimacy and authority of the nation state.

All of the debates surrounding the nation state starkly demonstrate how nationalism is incompatible with the reality of life because globalisation transcends ethnicity. What this means is that nationalism was always philosophically deficient and therefore has always been unsuitable as a basis for defining one’s identity.

All of the debates surrounding the nation state starkly demonstrate how nationalism is incompatible with the reality of life because globalisation transcends ethnicity. What this means is that nationalism was always philosophically deficient and therefore has always been unsuitable as a basis for defining one’s identity

Special Economic Zones (SEZ) – A half-century ago there were only a handful of Special Economic Zones (SEZs) — designated areas with more free-market oriented economic regulations — in poor countries like Mauritius and the Dominican Republic to help boost their agriculture and textile industries. Today there are more than 3500 such zones, integral to almost every country’s strategy in attracting investment and technology and strengthening productivity. Since China declared its first SEZ at Shenzhen in 1979, such zones have grown to account for a quarter of its GDP and most of its exports. SEZ’s are not states, but that could easily be so.

Megacities – It was only in 2010 that news headlines declared that human beings had officially become an urban species—with more than half the world’s population now living in cities. Cities are more meaningful to most people in the world than the invisible national borders. Already, the world’s most important cities generate their own wealth and shape national politics. The rise of global hubs in Asia is an increasingly important factor in the rebalancing of global power between West and East than the growth of Asian military power, which has been much slower. In terms of economic might, consider that just forty city-regions are responsible for over two-thirds of the total world economy and most of its innovation. To fuel further growth, an estimated $53 trillion will be invested in urban infrastructure in the coming two decades.

Global System – Global systems now include currency exchange, stock trading, e-commerce, news services, postal delivery, voice and text communication, social media, measurement systems, GPS, mapping services and the Internet. With national borders becoming more irrelevant in people’s identity and with 40% of the world population under the age of 24, this generation view themselves as internationalists and global citizens. For the moment there is no worldwide executive, legislature, judiciary, military or constitution with global jurisdiction. But geography and borders are becoming more and more irrelevant due to technology and infrastructure connecting different regions of the world.

The Next Global Arms Race

Sisi Wins, but Now He Can Only Lose 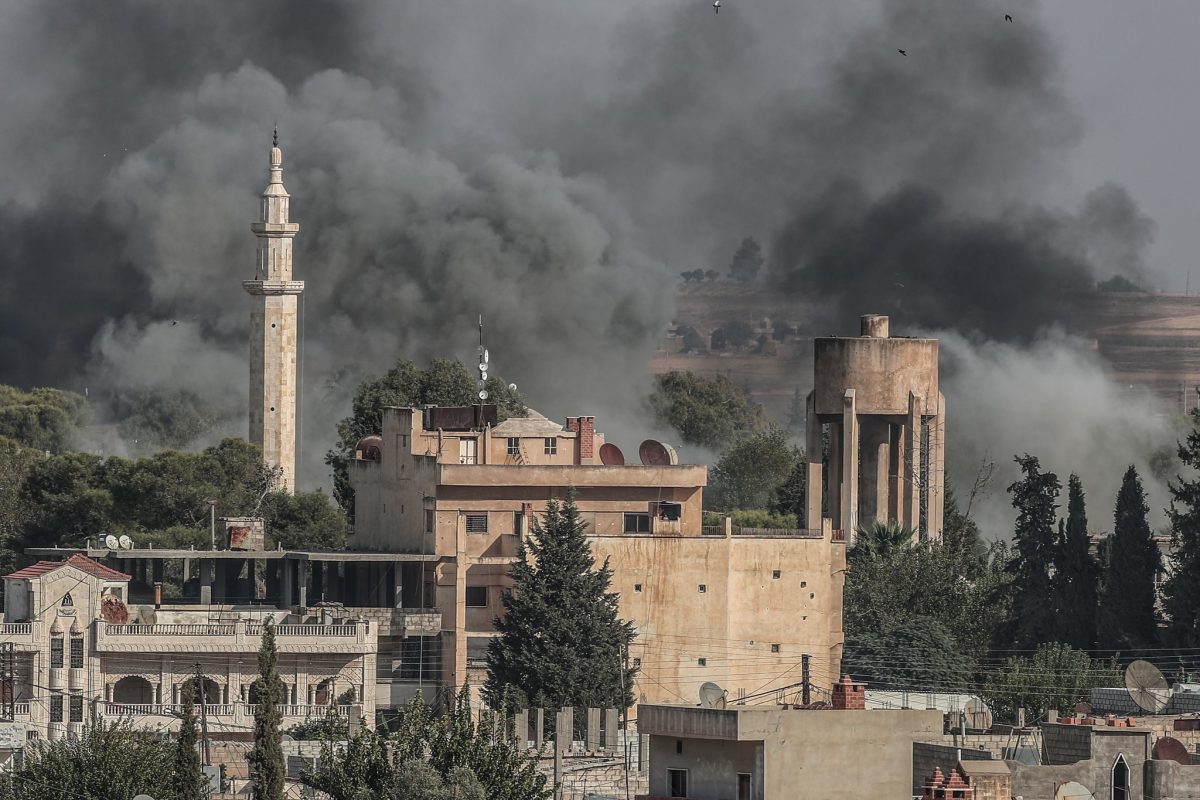 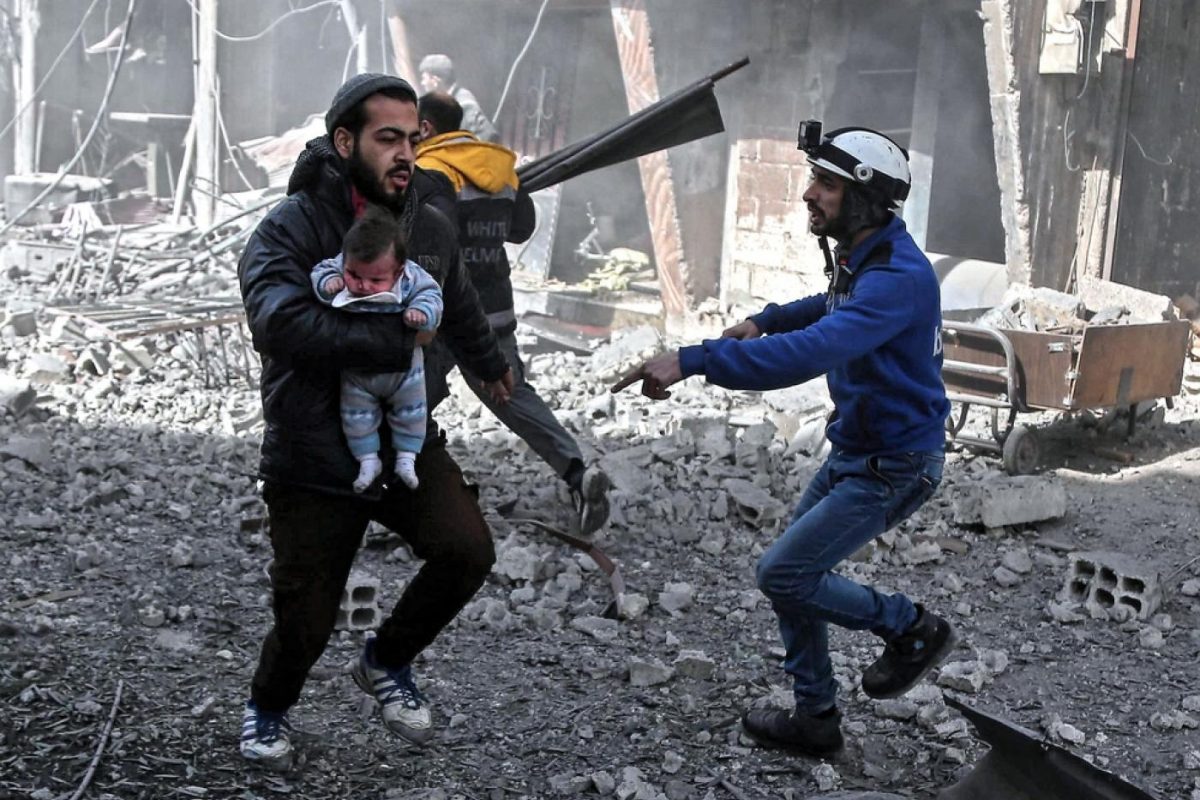