By Adnan Khan In the same month Ennahda of Tunisia formally announced it was abandoning its Islamic agenda and pursuing a programme that would no longer take Islam as its identity, the Pew research centre published its latest research showing the growing demand for Islamic governance across the Muslim world.[1] Aljazeea described this U-turn as ‘ditching Islam,’[2] whilst Ennahda’s leader, Rachid Ghannouchi explained this U-turn as: “following the revolution of 2011 and the adoption of...
27th May 20166 min 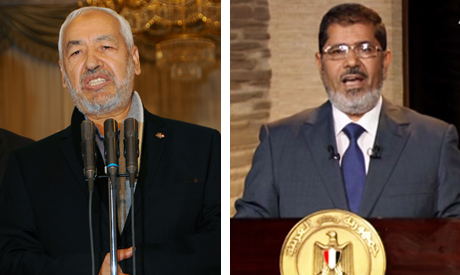 In the same month Ennahda of Tunisia formally announced it was abandoning its Islamic agenda and pursuing a programme that would no longer take Islam as its identity, the Pew research centre published its latest research showing the growing demand for Islamic governance across the Muslim world.[1] Aljazeea described this U-turn as ‘ditching Islam,’[2] whilst Ennahda’s leader, Rachid Ghannouchi explained this U-turn as: “following the revolution of 2011 and the adoption of the new Constitution in 2014, there is no reason for a party in Tunisia to refer to the term political Islam.” Ghanouchi added, “The party would seek to define itself as a democratic and civil movement.”[3] The formal abandonment by Ennahda brings to an end the time in power of parties who called for ‘political Islam’ and ascended to power in the Arab spring environment, but failed miserably once in government. The Muslim Brotherhood (MB) regime met a worse fate in Egypt where many of the rank and file are either dead or languishing in prison. Much of the world’s media has presented this development as the death nail for Islamic rule, however a closer examination shows otherwise.

Much of the world stood in astonishment when both the MB in Egypt and Ennahda of Tunisia emerged victorious in their respective elections. These were countries where the old regimes had entrenched themselves and had either imprisoned or exiled much of the opposition. In Egypt the MB won a landslide victory in parliament, taking half of the seats and then also winning the presidential election. In Tunisia Ennahda won the country’s first ever free election in 2011, with 37% of the vote, its closest rival only garnered 8% of the vote. Despite these stunning achievements both parties from the day they emerged victorious operated from a position of weakness, rather than a position of strength. Despite winning at the elections Ennahda constantly reassured the secular and liberal currents in Tunisia and foreign media – of its democratic credentials. Despite receiving a mandate from the masses Ennahda surrendered references to Islam, when it came to forming the country’s new constitution.[4] Ennahda’s actions reached the point of appeasement when it voted against laws that excluded members of the old regime from participating in the 2015 elections. Ennahda and the MB in Egypt were unable to rule effectively as they ruled from a position of weakness and attempted to appease those who failed to garner influence in the post Arab Spring elections. Their appeasement also ended in failure as both the MB and Ennahda governments were eventually forced out from government.

Both parties took rule in countries which were suffering from severe economic problems. Successive opinion polls and surveys showed jobs, security and opportunities was the main concern of the masses. Both parties failed miserably in these areas. Both parties lacked any polices and had no road map, despite having decades to prepare one, no road map was ever presented as a vision. Tunisia has inherent limitations, it is a tiny nation, with a population of 11 million people and a GDP of $50 billion – smaller than the Nigerian city of Lagos. But Tunisia’s significant shale formations in the Ghadames basin, estimated to hold 23 trillion cubic feet of technically recoverable shale gas resources and 1.5 billion barrels of technically recoverable shale oil resources remained on hold.[5] The MB government fared even worse in Egypt. The Muhammed Morsi regime brought great confusion and instability to Egypt due to their decisions making. Policy positions were taken and then constantly reversed due to opposition. In both countries the economic and social situation worsened due to the lack of policy development and at times outright incompetence.

[pullquote align=”right” color=”” class=”” cite=”” link=””]Both Ennahda and the MB abandoned Islam and failed utterly even when they attempted to rule with secularism. Both parties effectively used the peoples Islamic senti­ments to come to power, and once in power they presented the impracticality of Islam as a justification for their own incompetency.[/pullquote]

Ennahda’s ditching of Islam and MB’s constant U-turns on Islamic rule highlights the complete lack of grand vision based on Islam the for their respective nations. In the case of Ennahda, its leader Rachid Ghannouchi spent decades in exile in the UK explaining how Islam is compatible with democracy and liberal values. When Ennahda emerged victorious it went to great lengths to show its moderation to the west. The MB in Egypt followed the same path when it also backtracked on Islamic rule. The MB and Ennahda argued that Islamic solutions were not ready to deal with problems such as poverty, unemployment and development. They also believed implementing Islam would scare minorities, scare investors and scare the international community. The fascination with democracy and liberal values by these parties resulted in in them abandoning Islam and presenting no vision, despite running on an Islamic ticket.

In reality when observing the period both the MB and Ennahda were in power they lacked any principles aside from compromise and abandoning Islamic precepts. They won elections that were flawed from the outset. The elections that took place, where for parliaments which were a relic of everything that was wrong in the Muslim world. These parties rather than change and replace such a system, they entered the corrupt system and replaced Ben Ali and Hosni Mubarak with themselves in maintaining the corrupt, secular systems. Their appeasement and twisting of Islam ensured the sacrifices of the people and demands for change were diluted and breathed life back into the old systems the people initially arose to overthrow.

Both Ennahda and the MB sacrificed for decades to bring change to their nations. They called for Islam when many of their members were imprisoned or forced into exile. But once in power they abandoned their decades long call and became like their secular colleagues in adopting the principles of compromise, flexibility and never having any fixed principles.  Both Ennahda and the MB abandoned Islam and failed utterly even when they attempted to rule with secularism. Both parties effectively used the peoples Islamic senti­ments to come to power, and once in power they presented the impracticality of Islam as a justification for their own incompetency. For the last decade consistent survey’s including the extensive research conducted by the Pew institute have shown the muslim world wants more and more of islam as part of their nations, something the MB and Ennahdah failed to understand. Their failure proves the  demand for islam has not ended, but is yet to begin. What has failed and most likely ended is those that espouse Islam, but maintain the status quo once in power.

Saudi Vision 2030: A Mirage in the Desert