By Adnan Khan Saudi Deputy Crown Prince Mohammed bin Salman has become the symbol of Saudi Arabia globally, especially since he articulated a new economic plan for the nation. On April 25, at his press conference in Riyadh, the 30-year-old rising star announced ‘vision 2030’ which is a long-term development plan to diversify the country’s economy beyond oil and pilgrimage. Vision 2030 states: “Gold, phosphate, uranium and many other valuable minerals are found beneath our...
8th May 20165 min 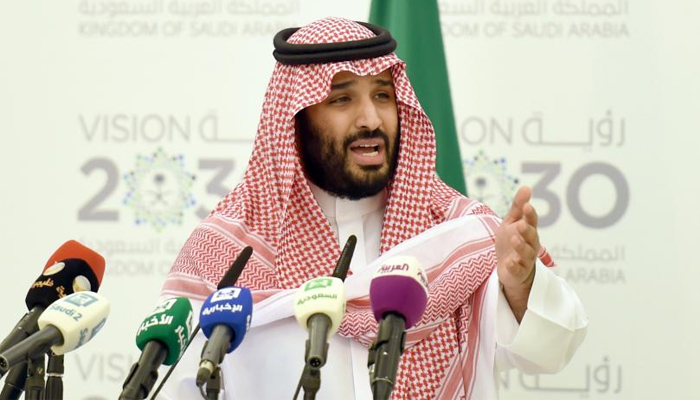 Saudi Deputy Crown Prince Mohammed bin Salman has become the symbol of Saudi Arabia globally, especially since he articulated a new economic plan for the nation. On April 25, at his press conference in Riyadh, the 30-year-old rising star announced ‘vision 2030’ which is a long-term development plan to diversify the country’s economy beyond oil and pilgrimage. Vision 2030 states: “Gold, phosphate, uranium and many other valuable minerals are found beneath our land. But our real wealth lies in the ambition of our people and the potential of our younger generation. They are our nation’s pride and the architects of our future.”[1] The Saudi monarchy faces significant trends for the foreseeable future which this vision attempts to address. Vision 2030 promises plenty, but specifies very little, despite the plethora of challenges facing Saudi Arabia.

The Saudi monarchy is completely dependent upon oil. The oil industry produces 45% of Saudi Arabia’s gross domestic product, it accounts for 90% of the country’s exports and 75% of government revenues. Even 40% of the country’s private sector is based on oil. Up to 65% of Saudi oil comes from the world’s largest oil field – Ghawar. Discovered in 1948, this field is extremely old, has been producing oil for decades and is considered to have peaked in the 1990’s. By most estimates Saudi will exhaust its oil within 50-90 years, this has been well known since the 1970’s and several plans since to develop the non-oil economy have never been successful. The wikileaks leaks also seriously questioned the reserves Saudi constantly states, with US officials considering them to be severely overstated.[2] Saudi’s dependency and reliance on oil has stifled the development of other sectors and restructuring the economy now, even if successful would mean the result of such reforms at best

will be decades away.

[pullquote align=”right” color=”” class=”” cite=”” link=””]Saudi’s dependency and reliance on oil has stifled the development of other sectors and restructuring the economy now, even if successful would mean the result of such reforms at best will be decades away[/pullquote]

Another major problem standing in the way of any vision is the structure of Saudi’s workforce and the cultural problems the monarchy created. 33% of Saudi’s population consists of foreigners,[3] but these workers make up 66% of workers employed in the country. In the private sector the situation is far worse, over 90% of those employed are foreigners. According to Reuters, economists “estimate only 30%-40% of working-age Saudis hold jobs or actively seek work,” although the official employment rate is only around 12%. Most Saudis with jobs are employed by the government, the government has announced a succession of plans since 2000 to deal with the imbalance by ‘Saudizing’ the economy, however, the foreign workforce and unemployment among Saudis has continued to grow.[4] As in the Soviet Union, nearly all Saudi official statistics are unreliable, so economists believe the real Saudi unemployment rate is closer to 40% today. Even beyond the structure of the workforce Saudi has many cultural problems.

The monarchy created a culture of dependence. It subsidised massive social welfare programmes to buy the silence of its population. The Saudi monarchy figured the most effective way

to remain in power was to keep their subjects pampered and happy. This has resulted in many Saudi men choosing unemployment over employment or taking up ‘no show’ jobs. Those that do work, they have become world renowned for only working in government jobs where the work is easy, the pay is good and the title is flattering. Many expats who have worked in Saudi Arabia have learnt first-hand that many Saudi men tend to have a high opinion of themselves and view most work as beneath them. Jobs in service and sales are considered totally unacceptable for citizens of Saudi Arabia.[5] As the locals tend to avoid heavy physical or mental labour roles foreign workers are needed to do such jobs.

A major part of vision 2030 was the announcement of the domestic production of half of the monarchies military needs. Saudi Arabia currently has the world’s largest military budget after the US and China ($87 billion) and nearly all military equipment is imported. In March 2016 Mohammed bin Salman was present when a munitions factory in Saudi Arabia was opened. The facility was built by South African defense firm (Denel) and it will produce artillery, mortar, howitzer shells and aircraft bombs. The new plant, financed by the Saudis and jointly run can produce up to 300 artillery and 600 mortar shells a day. Saudi however faces immense challenges in constructing a national military complex. Previous attempts at indigenous production have all failed. In the 1980’s South Asian workers were used and quality control was poor. This was kept secret until 1990, when during a skirmish with Iraq it was found the Saudi built ammunition was defective. The plant was quietly closed, the ammunition produced there was discarded and replaced with ammunition purchased from a European manufacturer.

Saudi Arabia has always lacked the skills, knowledge and research and development capability needed to be a modern nation. Much of this is down to the Saudi education system which focuses on memorization solely to pass exams rather than building thinking and developing ideas and building approaches to learning. With the Wababis dominating religious life in the country, their school of thought is taught in the Islamic institutes which places the study of engineering and science as secondary subjects, which are, at best, neglected. This is why the Saudi monarchy has consistently turned to foreign skills, expertise and workers, to ensure the Saudi machinery is well oiled, which has made the problem of indigenous capability even worse.

Whilst vision 2030 is filled with rhetoric and grandiose plans, it lacks any detail on how much of this will be achieved and how the challenges Saudi currently has will be overcome. Saudi’s role in the region and the wider world is noticeably absent and proves this vision was for domestic consumption during a very turbulent period for the monarchy. With oil prices so low, the monarchy is struggling with a budget deficit, debt and maintaining its social welfare subsides. It remains to be seen if this vision ever becomes a reality.

The Death of Political Islam?