As the upris­ing in Syria reached 5 years in March 2016, RO analy­ses the cur­rent sta­tus quo and where the bat­tle for the coun­try is heading By Adnan Khan US officials confirmed April 24th that US president Barack Obama is planning to send another 250 ground troops into Syria to join the troops already there.[1] This was said to http://www.viagragenericoes24.com/hay-similar-de-viagra have been on the upper end of the proposals being pushed by the Pentagon. Five...
27th April 20167 min 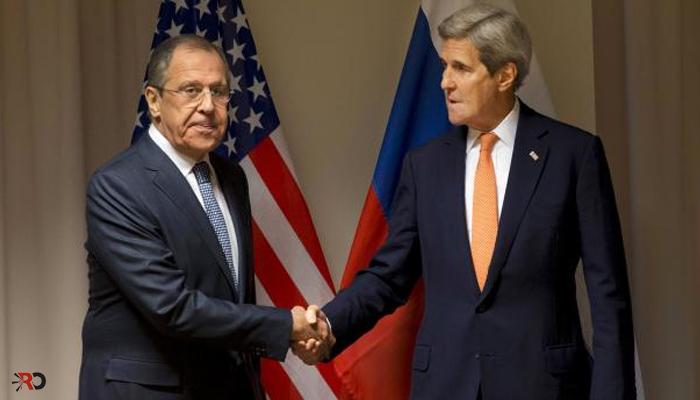 As the upris­ing in Syria reached 5 years in March 2016, RO analy­ses the cur­rent sta­tus quo and where the bat­tle for the coun­try is heading

US officials confirmed April 24th that US president Barack Obama is planning to send another 250 ground troops into Syria to join the troops already there.[1] This was said to

have been on the upper end of the proposals being pushed by the Pentagon. Five years on from when the uprising in Syria began, western solutions to the conflict are struggling to succeed. Whilst the other Arab spring nations in the region have returned back to the pre-revolutionary systems or are marred in civil war, in Syria at every turn western solutions to the conflict have failed to traverse a fortified castle – the Syrian people.

The west from the very early days of the uprising in Syria has been working to establish a loyal opposition. The aim here was the cre­at­ion of an oppo­si­tion that could be nego­ti­ated with, weapons could also be pro­vided to them and they then represent Syria in inter­na­tional con­fer­ences. The US strat­egy became clear when it only spoke with cer­tain groups over oth­ers. It also never gave any group enough weapons that would tilt the bal­ance in the coun­try. The Wall Street Jour­nal high­lighted in 2015: “Some weapons ship­ments were so small that com­man­ders had to ration ammu­ni­tion. One of the US’s favorite trusted com­man­ders got the equiv­a­lent of 16 bul­lets a month per fighter. Rebel lead­ers were told they had to hand over old anti­tank mis­sile launch­ers to get new ones.”[2] The Free Syr­ian Army (FSA) and the Syr­ian National Coali­tion (NC) were both eclipsed by groups the west did not want to do busi­ness with. The western strat­egy has been to bol­ster sec­u­lar fac­tions over the sin­cere fac­tions, which includes the Islamic fac­tions. This has been a com­plete fail­ure, because, as was outlined by one journalist who spent time in Syria, 80% of the current resistance fighters all fight under one Islamic banner or another (excluding ISIS).[3]

The major groups fight­ing in Syria who have made con­sid­er­able progress and are bleed­ing the al-Assad regime to death, with sup­port from the peo­ple of Syria, have never been invited to the multiple conferences that have taken place on Syria. Ahrar al Sham attended the Riyadh con­fer­ence back in Decem­ber 2015, but refused to sign the final document,[4] whilst Jab­hat al-Nusra is con­sid­ered an al-Qaeda fran­chise and thus not invited. Both groups enjoy con­sid­er­able sup­port as they defeated regime forces in much of the North of Syria and admin­is­tered these regions win­ning much praise from the Syr­ian peo­ple. Their Islamic cre­den­tials also res­onate with the peo­ple too. Not only are they the two largest indi­vid­ual groups but they are a part of a larger coali­tion called Jaysh Al Fatah whose author­ity and con­trol has been grow­ing expo­nen­tially since the begin­ning of 2015. None of these groups are party to the Geneva talks that continue to take place. Much of the atten­dees at the Geneva con­fer­ences are sec­u­lar groups, whilst the stronger Islamic ones are con­stantly left out. Jab­hat al Nusra is accused of links to Al Qaeda, in spite of the fact that Nusra leader, Abu Muham­mad Jolani, has pub­licly stated that attacks out­side of Syria will not be staged, planned, or financed from Syr­ian ter­ri­tory under his con­trol and his very pub­lic fall-out with ISIS. As far as the west is concerned non-secular groups are not viewed as part of the solution to Syria, even if they are the most influential groups in the country.

[pullquote align=”right” color=”” class=”” cite=”Walid Al-Moallem, Syrian Foreign Minister” link=””]“We know that those who plan evil for Syria and those who demand the establishment of the Islamic Khilafah state will not stop at the borders of Syria. So what we are currently doing is even defending Jordan, Lebanon and Turkey.” [/pullquote]

To divide the revolutionaries, the US announced in 2015 the direct training and equipping of forces fighting on the ground in Syria. The aim here was to halt the gains the rebel forces were making, in order to make negotiations using the Geneva accords,  thus halting the revolutionary rebels who are working for real change. The train and equip program included training around 5,000 rebel fighters. Turkey agreed to host the program as well as Saudi Arabia and Qatar. But this new Syrian force was a disastrous failure, with two “classes” of rebels sent to Syria, numbering around 125 in all, and accomplishing nothing. The first class was 54 people, and were quickly routed by Jabhat al-Nusra.[5] Incredibly, that was probably less of a failure than the second class, which saw roughly 70 fighters show up in Syria from Turkey and more or less immediately give all their US-made weapons and vehicles to Jabhat al-Nusra. The US was so embarrassed that the Pentagon insisted they’d never trained this second class.[6]

The chief reason western solutions are failing is the central role Islam is playing which has motivated for the people in Syria to continue their struggle after a 5 years of brutal war.

Walid Al-Moallem in a press conference in June 2013 confirmed what was at stake in the country and the region, he said: “We know that those who plan evil for Syria and those who demand the establishment of the Islamic Khilafah state will not stop at the borders of Syria. So what we are currently doing is even defending Jordan, Lebanon and Turkey.”[7] The Geneva negotiations are to end what the west call the civil war, which requires the handpicked opposition to negotiate with the levitra alternatives al-Assad regime. The terms of this agreement are to ensure a transitional government includes elements of the al-Assad regime. So the west plans to maintain the regime through its handpicked opposition going into government and sharing power with the al-Assad regime. This is at complete odds with the masses and the revolutionary groups who see Islam and not secularism as the future of their revolution.

All the stakeholders are very clear on what is taking place in Syria and what the implications are if the people succeed. This is why they have, in reality, propped up Bashar al-Assad by doing little physical actions against him and hidden this behind lots of rhetoric. The rebel groups along with the Syr­ian peo­ple have con­tin­ued their strug­gle despite the odds against them. The fac­tions the US would like to see victorious have no cred­i­bil­ity within Syria. As a result, the US con­tin­ues to reit­er­ate a long bat­tle in Syria, poten­tially into a decade long war. This pos­ture high­lights the fact that the US and the west will be involved in Syria for some time. The con­flict will take a long time to resolve as the US desired out­come has failed to take shape.

Saudi Vision 2030: A Mirage in the Desert