As the upris­ing in Syria has reached 5 years, RO analy­ses the cur­rent sta­tus quo and where the bat­tle for the coun­try is heading By Adnan Khan Very few people expected the conflict in Syria to ever reach its fifth anniversary. The regime in Damascus has always been brutal and everyone expected this would be enough to put to a bloody end to the attempts by the people of Syria to join the region in...
18th April 20165 min 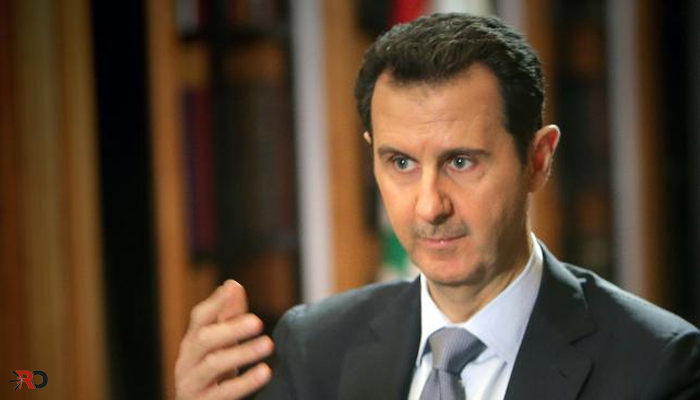 As the upris­ing in Syria has reached 5 years, RO analy­ses the cur­rent sta­tus quo and where the bat­tle for the coun­try is heading

Very few people expected the conflict in Syria to ever reach its fifth anniversary. The regime in Damascus has always been brutal and everyone expected this would be enough to put to a bloody end to the attempts by the people of Syria to join the region in the Arab spring. But today the Bashar al-Assad regime and his armed forces are a mere shadow of its former self. The year’s long conflict has taken its toll and the future does not bode well for the regime. These circumstances have evolved due to rebel victories which have bled the regime dry and this can be seen from a number of perspectives.

Bashar al-Assad’s regime is crumbling after facing-off for 5 years against the rebel forces across the length and breadth of the country. Bashar al-Assad lacks the capability to win back the whole country. Bashar long gave up in reclaiming the North of the country and the East of the country, which is largely unpopulated. Today, al-Assad’s army is no longer capable of large-scale ground operations and is unable to win large areas of territory quickly. al-AssAd has been left focusing on shoring up the defence of the capital city Damascus and a strip of territory along the Mediterranean coast. The strategy is to defend the Alawite heartland, beyond this area the regime has all but given up defending the remainder of the country as it no longer has the forces to even make a challenge for territories further from Damascus.  The battle for Palmyra in March 2016 was almost entirely conducted by non-Syrian forces and highlights the lack of Syrian forces now fighting across the country. In reality, an eccentric multinational force took back Palmyra, the UK’s Independent noted: “analysis of photographs, social media posts and Iranian, Russian and even Syrian media has shown that the path was led by the Russians, with much of the “grunt” work done by Afghan Shia and Iraqi militiamen under generals from the Iranian Revolutionary Guard.”[1]

Al-Assad’s armed forces numbers has declined considerably in the five years of the war. Al-Assad’s military was his trump card in the conflict. It allowed the regime to lay sieges on towns, conduct massacres and air attacks. Syrian bombs and missiles not only killed tens of thousands of civilians but also helped ground forces take most of the decimated cities like Homs. As the war dragged on the Syrian military capability declined significantly due to deaths, defections, and military defeats. By some estimates, the army has shrunk from an original 300,000 personnel to below 150,000 today. The military situation was so bad Bashar al-Assad had no choice but to address this with his Alawite supporters. The Syrian president acknowledged that his regime has suffered significant military defeats. In a speech in Damascus in May 2015 al-Assad for the first time replaced his “victory” rhetoric with a more sober assessment: “Today we are fighting a war, not a battle. War is not one battle, but a series of many battles. It is the nature of battles there will be advances and retreats, victories and losses, ups and downs.”[2]

Al-Assad is now completely dependent upon external powers to fight his war. The Russian intervention back in October 2015 came in the nick of time for al-Assad as he was on the verge of collapse. The rebels were launching attacks on Latakia, the Alawite stronghold itself and proved the regime is now completely reliant on external help. For the first time, clear evidence has emerged of not only Russian special forces but Russian mercenaries connected directly to President Vladimir Putin on the front lines in Syria.[3] Reports continue to emerge of the funerals of tens of Afghan Shiite fighters in Iran, most originating from the Afghan Hazara refugee population in Iran.[4] There have also been sporadic claims of Pakistani Shi’ah involvement in Syria. This was confirmed, following funerals for three Pakistani Shi’ah fighters in Iran.[5] Iranian forces, with Shi’ah fighters from Pakistan and Afghanistan as well as Russian special and mercenary forces, are now the backbone fighting for al-Assad.

The structural problems al-Assad faces are replenishing his armed forces in this battle of attrition. Bashar al-Assad’s support base at most is 12% of the population, for every soldier that defects, dies and loses a limb and therefore cannot fight needs to be replaced from his extremely small support base. The longer the wars goes on this support base will only shrink at a faster rate. The common issue throughout the whole conflict and the future is Bashar will always need help to fill the ranks in his army, which is constantly shrinking. This Problem was originally dealt with through the creation of the National Defence Force (NDF) to fill the army, then al-Assad needed Hizbullah and then the Islamic Revolutionary Guard Corps (IRGC) from Iran. As the army lost more personnel it resorted to Iraqi Shi’ah militias and then Afghan Shi’ah mercenaries to support to fill its ranks. The Druze community has stepped away from the regime and are no longer willing for their young men to leave their region in Syria – Suweida, to fight across Syrian territory for the al-Assad regime. On top of all this, the Alawi community has been exhausted, there are fewer and fewer men left who can fight. This is why foreign fighters will become more and more important to fill the ranks

The al-Assad regime has only survived due to external support, as long as the Damascus regime is seen as a necessity to protect western interests this supply line will continue to prop al-Assad up.