As the upris­ing in Syria has reached 5 years, RO analy­ses the cur­rent sta­tus quo and where the bat­tle for the coun­try is heading Muhammed Ubaid As the conflict in Syria reaches its fifth anniversary the roles of the regional nations and a number of external powers continue to garner significant attention. After five years onlookers often refer to the “confusion” around the role all the world’s powers are playing in Syria, with statements that...
15th April 20165 min 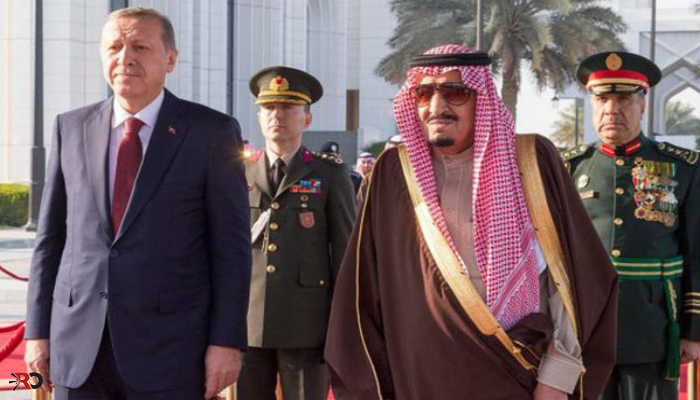 As the upris­ing in Syria has reached 5 years, RO analy­ses the cur­rent sta­tus quo and where the bat­tle for the coun­try is heading

As the conflict in Syria reaches its fifth anniversary the roles of the regional nations and a number of external powers continue to garner significant attention. After five years onlookers often refer to the “confusion” around the role all the world’s powers are playing in Syria, with statements that contradict their actions. Today the regional nations are central to arming and funding rebel groups within Syria and will play a key role in the future of Syria.

The nations of the region have the capabilities both as a collective and individually to solve the crisis. For example, Turkey who is Syria’s most vocal neighbour, possesses 410,500 active personnel with 3778 tanks, 1007 military aircraft and a formidable naval force.[1] Saudi Arabia has also been involved in the conflict and recently became the second largest importer of foreign arms largely consisting of F-15 aircraft giving it the third largest fleet of such models in the world. [2] In the case of Saudi Arabia, its involvement in Syria from a military perspective is almost non-existent when compared to its campaign in Yemen. Both Turkey and Saudi Arabia are more than capable of removing the Syrian regime due to their superior military capabilities. Despite al-Assad being backed by powers such as Russia, Iran and Hezbollah, the reality of this support is that it will still be insignificant in the face of any regional power if it intervened.

Instead of intervening, regional powers have opted to support the “solution” which is being pushed in the various Geneva and Vienna conferences. This all takes place in complete cooperation with the US stance on the issue, who desires that the regime in Damascus remains in place. Saudi Arabia for example, was tasked with forming the Syrian High Negotiations Committee (HNC) under the auspices of the US which brought together representatives from 34 rebel groups to form the “opposition.”[5]. Turkey has also supported the Western stance on the conflict and has not yet stepped out of line. For example, despite the supposed use of US weapons by Kurdish forces on Turkish forces, relationships remain fruitful with a telephone call from Obama to Erdogan being described as “reassuring”[6]. Turkey has also worked with the US in training Syrian troops to create an alternative force and recently Erdogan also alluded to the possibility of including al-Assad in a future regime in the transition process, a stark difference from his previous statements on al-Assad.[7] Both countries are also part of the US led coalition currently attacking positions in Syria which as well as targeting ISIS, have also hit the positions of rebel factions. Whilst reports have alluded to their support of rebel groups, in retrospect in order to form a rebel opposition deemed safe enough for ‘‘negotiations,’ the nature of these groups must be known. Reports detailing the number of arms given all suggest that it was not enough to take down the regime, which all confirms an ulterior motive by such states. In light of this it is clear that the actions of the regional powers continue to be in line with US policy for Syria with the peace talks being in this trajectory.

The fall of al-Assad has significant implications on the position of the rulers of the countries surrounding it. The Arab Spring gave rise to a new phase in the Middle East where the position of the rulers was weakened. Rulers such as Ben Ali, Gaddafi, Saleh and Mubarak who each ruled with an iron fist over a long period were all removed. The people stood up after years of oppression and whilst the result of this revolution did not give rise to any true change, it demonstrated the power of the people. The most important aspect is that these revolutions contained within them Islamic sentiments, in line with their religious outlook. These revolutions were supported by Muslims all around the world and the Syrian revolution is by far seen as the most Islamic. The dropping of the Syrian national flag by almost all the brigades and the overwhelming support for Islamic rebel groups both from within and outside of Syria clearly shows the rising call for Islamic governance throughout the muslim world. This has forced countries such as Saudi Arabia to show increasing involvement within the conflict by working with “Islamic” brigades and also organising “Islamic” coalitions consisting of Muslim nations. Therefore, the fall of the regime creates a chance for legitimate islamic governance to arise in the area, posing a significant challenge for the surrounding nations who are finding it increasingly difficult to consolidate their positions.

Whilst the regional powers have involved themselves in coalition airstrikes, negotiators between the different factions and have made bold statements declaring their desire to intervene, but they have produced very little substance. This is despite possessing the capability to achieve such matters. Instead, the fall of al-Assad poses a big problem for surrounding countries as their own populations have strengthened their position through the Syrian struggle and have become stronger in their demand for Islamic governance. Instead of succumbing to the desires of the people, the surrounding regimes continue to preserve themselves by being subordinate to the US and following her plans through the Geneva conference to preserve the Assad regime.