As the uprising in Syria reached 5 years in March 2016, RO analyses the current status quo and where the battle for the country is heading Muhammad Ubaid As we reach the 5th anniversary of the Syrian conflict the rebel opposition against all odds have remained in the conflict. Despite attempts to dilute the rebel influence through the Geneva conferences, the need to involve rebel groups in the first place is evidence of their influence...
10th March 20166 min 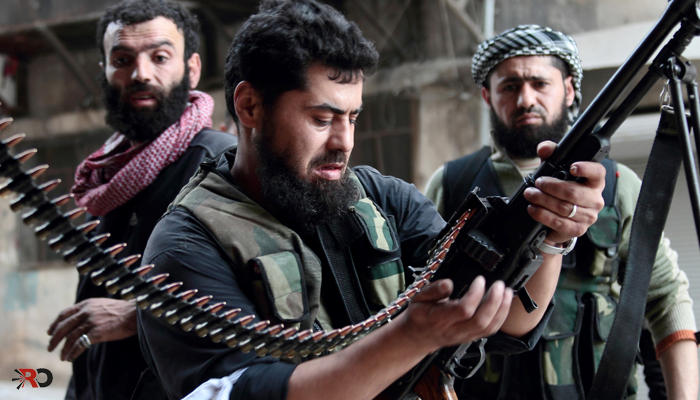 As the uprising in Syria reached 5 years in March 2016, RO analyses the current status quo and where the battle for the country is heading

As we reach the 5th anniversary of the Syrian conflict the rebel opposition against all odds have remained in the conflict. Despite attempts to dilute the rebel influence through the Geneva conferences, the need to involve rebel groups in the first place is evidence of their influence within the conflict. Through the use of guerilla tactics and through partnerships and the sharing of resources, the rebels in Syria have succeeded in facing-off against the Bashar al-Assad regime for 5 years.

Prior to the entry of Russia into the conflict in Syria, the rebels were a force to be reckoned with. Early 2015 saw rebel groups make a number of large gains including gaining power of the North-Western town of Idlib. After stretching the already thin al-Assad regime to all parts of Syria, which has seen 30-50% of its military force defect, the rebels were able to cause havoc around the country. This included launching attacks in Latakia, which is known as al-Assad’s stronghold as it contains within it the minority Alawite population.[1] After 5 years the Damascus regime has lost most of the country, with the most significant being territory around Damascus which was lost in June 2015 to rebel groups. [2] As well as mastering the use of anti-tank guided missiles, rebel factions were also able to starve the regime of petroleum, forcing it to rely on Iran. All of these losses by the regime eventually led to the Syrian president Bashar al-Assad to admit to the masses in July 2015 that he would be unable to retake the land he had lost, forcing him to consolidate security around the capital Damascus.[3] However, this position of weakness changed to one of strength as Russia decided to support Bashar al-Assad by providing military support resulting in the loss of a number of key rebel positions, the most recent being the encircling of Aleppo.

Whilst there are a number of rebel groups, two in particular are significantly more powerful than the rest. The first is Jabhat al Nusra, a powerful rebel group who have pledged their allegiance to Al Qaeda leader Ayman al Zawahiri, subsequently branded as a terrorist organisation by the West. Al Nusra possesses approximately 7,000 fighters and are one of the best-equipped rebel groups.[4] Despite losing significant gains made in al-Raqqah and Deir al Zour after they split with ISIS, Al Nusra have managed to win the sentiments of the public after declaring that their intention is to establish an Islamic state after overthrowing the regime in Damascus. Another group with significant power is Ahrar al Sham who have approximately 20,000 fighters in their ranks. Like Al Nusra, Ahrar al Sham also possess high calibre weaponry including tanks, anti-tank missiles and rocket launchers. Both groups enjoy popular support from the people after setting up administrative services in their places of control. However, 2015 was the most significant year for both groups as similar to other alliances around the country, they joined forces with other rebel groups to form Jaysh al Fatah, taking places such as Idlib, Jisr Al Shughur, Al Mastumah, Ariya and continuing battles in the Hama province.[5] Therefore, it is clear that as well as being powerful individually, both Al-Nusra and Ahrar Al Sham are an even greater force when united.

Another entity with significant power within Syria is ISIS who in 2014 announced the establishment of an Islamic Caliphate. Their origins lie in Iraq, but a messy divorce with Nusra leader Muhammed Joulani and the leadership of Al Qaeda. Prior to their rise, the rebels had managed to take key positions in Eastern Syria including Deir al Zour and al Raqqa. However, the rise of ISIS and their decision to take over rebel areas forced groups like al Nusra and Ahrar al Sham to divert their attention away from the regime and to ISIS. Whilst ISIS promoted an anti regime focus, it was clear that their movements were largely against other rebel groups. Their immediate pronouncement of other rebel groups as heretics, killing of key personnel such as Dr Hussein al Suleiman of Ahrar Al Sham and their refusal to discuss with other groups made them a thorn in the side of the revolutionaries.[6] According to Jane’s Intelligence, between the period of November 2013 to November 2014 around 64% of verifiable ISIS attacks in Syria targeted other rebel groups and just 13% targeted the Syrian regime.[7]. ISIS has greatly hindered rebel advancement against the regime when it was on its last legs and continues to do so as the regime intensifies its attacks against the rebels.

Moving forward, the rebels will need to take advantage of two important attributes they possess in order to continue battling the regime. The first is to maintain their structure as asymmetric militias who by definition rely on quick movement mixed with guerilla tactics. The lack of a central structure and the ability to quickly withdraw from positions, limits the effect of airstrikes and keeps rebel movements unpredictable. Under the guidance of defected ex-military commanders, the rebels have been able to use their mobility to take over regime positions and equipment including tanks, ammunition and other vehicles. This was explained by Sam Tuck from Stratfor who explained “They [Rus­sia] are fac­ing severe resis­tance on the ground and I would dare to say that with the amount of destroyed vehi­cles that we’ve seen, this might be a set­back in the early stages of that offen­sive. This is look­ing like a quite effec­tive defense of oper­a­tion from the [Syr­ian] rebel side.”[8] Another key factor is unity, which has been established within the rebel contingent during different periods. Earlier we saw the effectiveness of the Jaysh al Fatah coalition and this atmosphere of unity among rebel groups has been recreated after the entrance of Russia. For example, 41 rebel groups announced their united stance to attack Russian forces with the view to driving them out of Syria.[9] Therefore, the maintenance of guerilla tactics and unity against the regime will be key to keeping the rebels in the game.

The American Plan to Divide Syria