By Adnan Khan Russia’s President Vladimir Putin announced, to the surprise of many on Monday 14th  March 2016 that “the main part” of Russian armed forces in Syria will start to withdraw, telling his diplomats to step up the push for peace as UN mediated talks resumed on ending the five-year-old war.[1] Russian spokesman Dmitry Peskov said Putin believed the troops had largely achieved their objectives since arriving in autumn.[2] http://www.viagragenericoes24.com/vagrant-traducciones After 5 months of...
15th March 20166 min 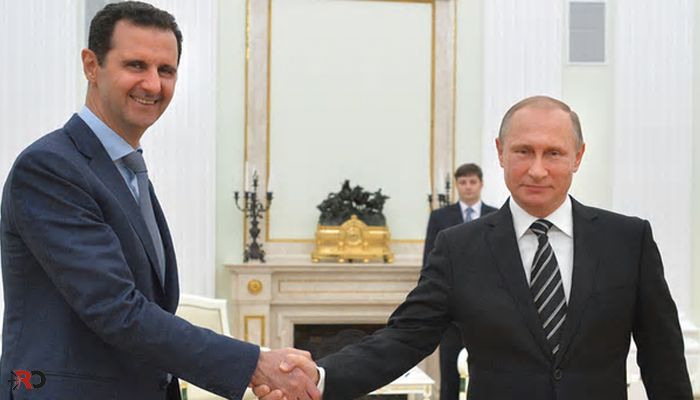 Russia’s President Vladimir Putin announced, to the surprise of many on Monday 14th  March 2016 that “the main part” of Russian armed forces in Syria will start to withdraw, telling his diplomats to step up the push for peace as UN mediated talks resumed on ending the five-year-old war.[1] Russian spokesman Dmitry Peskov said Putin believed the troops had largely achieved their objectives since arriving in autumn.[2]

After 5 months of bombing the north-west of Syria, targeting the rebel groups that opposed the al-Assad regime, Russia has achieved many of its aims, but also failed in some critical areas.

Russia has secured and maintained the regime of Bashar al-Assad which 5 months ago was on the verge of collapse. As far as Bashar al-Assad was con­cerned the inter­ven­tion by Rus­sia came in the nick of time as his army was strug­gling to main­tain an area the size of Bel­gium. Al-Assad’s forces were crum­bling and the Russ­ian inter­ven­tion allowed them to receive more weapons, equip­ment and jets which gives them a new lease to con­tinue the fight. Russia was able to break the advance of the rebel groups in Latakia and Idlib and through indiscriminate bombing campaign drove the rebel groups all the way back the Aleppo, and today even the rebel position in Aleppo is under threat as the town is virtually surrounded by Iranian proxy forces and al-Assad’s forces. The Russian intervention and support has given al-Assad regime a new lease of life and reversed the rebel’s momentum. Bashar’s forces, today have the advantage in the battle for Syria.

Russia used Syria to demonstrate and test its armed forces, new weaponry, tactics and strategy as it undergoes modernization. Although Moscow’s operation in Syria was relatively limited in scale, the Kremlin tested new weaponry and hardware.[3] Russia’s intervention involved aircraft never before tested in combat, including the Sukhoi

Su-34 strike fighter, and a ship-based cruise missile fired more than 900 miles from the Caspian Sea, which surpassed the American equivalent in technological capability.[4] Putin highlighted in an interview broadcast on Russian state television back in October 2015: “It is one thing for the experts to be aware that Russia supposedly has these weapons, and another thing for them to see for the first time that they do really exist, that our defense industry is making them, that they are of high quality and that we have well-trained people who can put them to effective use. They have seen, too, now that Russia is ready to use them if this is in the interests of our country and our people.”[5] Russia also tested out new doctrines on the rapid deployment of its forces far from home and the results of these were seen with the rapid buildup of forces in Syria and it ability to supply equipment, troops and re-supply these over months.

[pullquote align=”right” color=”” class=”” cite=”” link=””]Putin may very well be pulling out in defeat, having concluded that the much hoped-for grand bargain in Syria has failed[/pullquote]

against the al-Assad regime and completely undermining any negotiation. Russia’s indiscriminate attacks that led to the deaths of over 1000 civilians and effectively forced the majority of factional leaders to sit at the negotiating table.[6] Russia’s attacks were indiscriminately targeted at rebel groups fighting al-Assad’s forces and only token attacks took place against ISIS or other

groups that Russia claimed were terrorists. The Russian

attacks to some degree isolated Ahrar al-sham and Jabhat al-Nusra, as Russia conducted huge bombing raids in civilian areas, claiming they were targeting these groups, all of these achieved the aim both the US and Russia worked towards of bringing the rebel groups to the negotiating table, a negotiation that in the long term includes a coalition government with Bashar al-Assad himself.

But despite these gains, Russia has failed in its most important

aim in Syria and that was to link its intervention in Syria to other issues, mainly Ukraine, as well as European and US sanctions on Russia. Europe made matters very clear, Konrad Szymański, Poland’s new Europe minister back in October 2015, warned of a tendency in European politics to look for a pretext to not hold Russia to account over Ukraine. “We’re open to acknowledging Russia’s useful role in any part of the world if [it’s useful] from the European point of view, but we aren’t going to link that to other situations in which we see that Russia’s role is less constructive.”[7] The US, whether John Kerry or Obama and every other US official have refused to entertain any talks on Ukraine due to Russia’s role in Syria. In fact the US has reminded Russia of the need to give up the east of Ukraine which Russian forces continue to occupy.

The next round of talks on America’s peace process will begin on March 15th in Geneva and despite Russian announcements of its withdrawal this does not imply the complete withdrawal of Russian forces. Russia will maintain its bases in Tartus and Latakia. These upcoming negotiations will show if a grand bargain has been made on Ukraine, but by all indications it would appear the US has successfully used Russia to prop-up the regime in Damascus and establish a ground reality which the US was struggling to construct. If this is the case, and in time it will become clear, Putin may very well be pulling out in defeat, having concluded that the much hoped-for grand bargain in Syria has failed.