By Adnan Khan Rev­o­lu­tion Observer high­lights 10 global issues that deserve the atten­tion of the polit­i­cal observer for the year 2016. 1. Syria – In April 2016 the uprising in Syria will officially reach 5 years. No one expected the conflict in Syria would still be raging in 2016. But there are two trends that will shape Syria in 2016 and beyond. In October 2015 at the Vienna conference a roadmap was agreed between 17...
1st January 20168 min 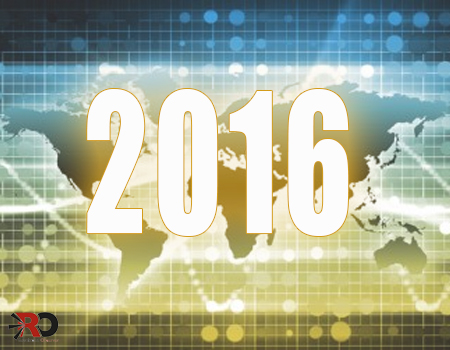 Rev­o­lu­tion Observer high­lights 10 global issues that deserve the atten­tion of the polit­i­cal observer for the year 2016.

1. Syria – In April 2016 the uprising in Syria will officially reach 5 years. No one expected the conflict in Syria would still be raging in 2016. But there are two trends that will shape Syria in 2016 and beyond. In October 2015 at the Vienna conference a roadmap was agreed between 17 nations, who all have a stake in the conflict. This roadmap included ceasefires, negotiations and an election in 2016. Those groups who do not partake in the roadmap are to be considered extremist groups and will see airstrikes even during ceasefires. The second trend is the bleeding of the Bashar al-Assad regime. Bashar can only win in the long-term if he has enough reliable soldiers and local support. The Syrian military is having problems putting enough men on the battlefield. The structural problems al-Assad faces is replenishing his armed forces in this battle of attrition. Bashar al-Assad’s support base at most is 12% of the population, for every soldier that defects, dies and loses a limb and therefore cannot fight needs to be replaced from his extremely small support base. The longer the war goes on this support base will only shrink at a faster rate. As matters stand, there just are not enough to troops to complement Assad’s air superiority and take back territory. This is why it has always needed external support, and will need this for the foreseeable future to survive. [pullquote align=”left” color=”” class=”” cite=”” link=””]Saudi’s decision in 2014 to flood the oil market with extra crude thereby reducing the price of oil has backfired and is hurting Riyadh more than the shale oil producers in the US[/pullquote]

2. Saudi Arabia – Saudi Arabia recently announced it will have a budget deficit of $87 billion in 2016, after years of turning around surpluses of this amount.[1] Throughout much of 2015, rumours continued to circulate of the Saudi monarchies imminent collapse and the country’s economic meltdown. Saudi’s decision in 2014 to flood the oil market with extra crude thereby reducing the price of oil has backfired and is hurting Riyadh more than the shale oil producers in the US.[2] If the aim was to choke the US shale industry, the Saudis misjudged badly. Saudi money has been flowing out at around $12 billion a month to ward off attempts of real change during the Arab spring uprisings and by aggressively supporting regimes across the Arab world like Egypt and Tunisia to stem the rise of political Islam. The interference in Syria and Yemen, continued depleting the country’s cash reserves at an alarming rate. These factors combined are not only putting huge pressure on the fiscal budget but also on the foreign reserve fund. Despite this grim outlook, King Salman continues to spend money at an alarming rate. His coronation bonus to buy loyalty amongst his subjects amounted to $32 billion. This is causing tension within the royal family, whose lifestyles are largely subsidised with oil wealth.

3. Egypt – Egypt in 2016 faces significant economic problems, which the Abdel Fat­tah al-Sisi government has shown little aptitude in solving. After four years of political and economic turmoil, the Egyptian government has been working hard to present an image of revival and a country full of investment opportunities. The expansion of the Suez Canal and the raft of countries investing in Egypt has been presented as economic success. But the armies huge presence in the economy, considered up to 40% has left many Egyptians unemployed and with little business opportunities. Sisi is using the his predecessors tactic of brute force to maintain his position, but social instability is brewing in Egypt and 2016 could be Sisi’s Mubarak moment.

4. US Presidential Election – 2016 is election year for the US and brings to an end Barack Obama’s term. Whilst there was much hope when he emerged victorious, this sentiment quickly dissipated as the reality of America’s global position became apparent. The two wars in Iraq and Afghanistan has consumed the US and many Americans are pessimistic about US prospects going forward. Once the mania around Donald Trump evaporates it is very likely brand Clinton will face brand Bush in the November 2016 election. But whoever emerges victorious will have to navigate the US through unprecedented waters.

5. Afghanistan – Afghanistan is now considered one of America’s most prominent failures. Whilst the US destroyed the country very quickly and efficiently, it has failed to build the most basic of nation building requirements – security and governance. But the handpicked Kabul governments have been failures and have little power outside their offices. With town after town falling in Northern Afghanistan to the Taliban, it looks like the US constructed architecture is unravelling. With negotiations with the Taliban stalled, some form of intervention by US armed forces may be needed again in 2016 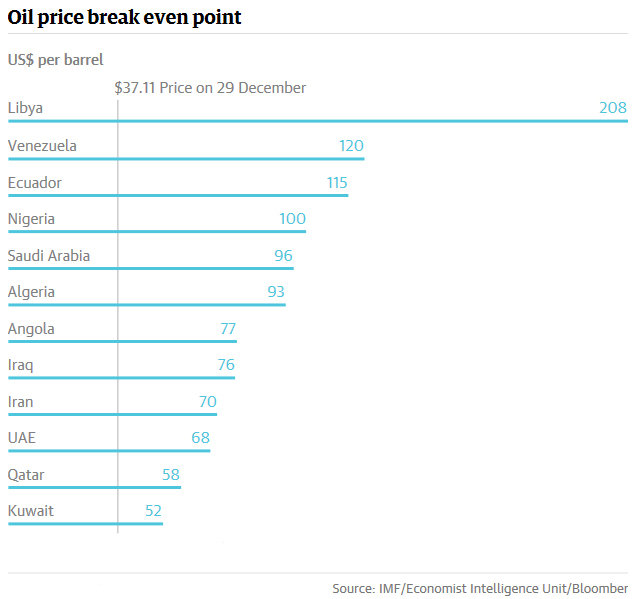 6. Oil prices – The actions of Saudi Arabia and the US to increase oil production is now hurting both  nations as oil prices have fallen well below what both nations expected. Saudi Arabia needs oil prices of over $90 a barrel for its national budget to break-even, whilst for the US the high costs of shale energy require oil prices of above $60 a barrel. Oil producers are making losses due to their actions, but this is also affecting a whole host of other producers and consumers. The political considerations of both Saudi Arabia and the US is what is keeping oil prices so low, but this is not sustainable and 2016 will be an important year for nations that are dependent on oil revenues, who are currently making huge losses. Russia is in economic crisis due to low oil prices.

7. China – China is currently attempting a colossal transition away from its low wage, aggressive export economic model to internal consumption. But this was nearly thrown off course when its stock markets crashed in 2015. China effectively needs to shift its economic drivers, wealth and progress to its vast interior which has been a bystander in China’s three decades of development. For China to play an effective role in its region and beyond, internal stability is crucial. The outcome of this transition will also impact its military, as China attempts to modernise and develop indigenous military platforms and become self-sufficient. China has many grand plans within its region and beyond, but all these are predicated on its economy supporting such aims.

8. Europe – The European Union is facing multiple unprecedented challenges, which will only get worse in 2016. The European sovereign debt crisis still continues unabated and Germany continues to use it to force other EU nations to make changes to their national budgets, banking practices and debt repayments. The influx of refugees will continue to grow in 2016 which is causing more EU nations to challenge EU rules on borders, migration and welfare payments. The British referendum on EU membership is expected in late 2016 or early 2017. The Tory government has attempted to deal with this through various proposals for EU reform. But a vote to remain in the EU during troubled economic and political times is the real problem, and how other members state react to this will be interesting to watch.

9. Tensions in South-East Asia – The military build-up continued in 2015, with China laying claim to the South China Sea through occupying reefs and atolls and building artificial islands. China built a number of artificial islands, with landing strips in order to lay claim to the surrounding oceans. The US challenged this in September 2015 when one of its destroyers passed extremely close and within China’s claimed territory. The US claimed the rights to international maritime waters and China then began using civilian freight and fishing ships to block routes into the disputed waters. Ever since the US declared the pacific as its major focus back in 2012, more incidents are occurring and all it takes is one event for matters to boil over into an incident. In 2016 this region will remain a major international flash point.

10. Russia-West Stand-off – The standoff between Russia and the West has been central to the global balance of power over the last few years. Whilst the Ukraine conflict was largely frozen in 2015, in 2016, the level of conflict and potential cooperation will wax and wane from issue to issue. The war in eastern Ukraine is likely to turn into a long-term frozen conflict, with fighting less intense than that seen in 2015. The US and the EU are almost guaranteed to keep sanctions against Russia in place in 2016, unless Moscow relinquishes access to and control of the border between Russia and the separatist territories in Ukraine. Russia is attempting to use its entry into Syria to also bargain over Ukraine, but for the moment this has not worked. In 2016, fast-paced military exercises and weapons buildups focused on the European borderlands will continue.  Despite agreements over Syria, this does not mean Russia and the West agree on other international issues, and these flashpoints will be important to watch in 2016.

100 Years of the Middle East

The Gulf between Saudi Arabia and Iran