By Adnan Khan Saudi Arabia’s execution of Shi’ah leader Nimar al-Nimr, kicked of a catalyst of events which has brought tensions between the intractable enemies – Saudi Arabia and Iran, to unprecedented levels.[1] In response, on 4 January, hundreds of demonstrators set fire to the Saudi embassy in Tehran.[2] Whilst on 7 January, Iran accused Saudi warplanes of attacking its embassy in an airstrike in Yemen.[3] Whilst many view this conflagration through the lens of...
11th January 20165 min 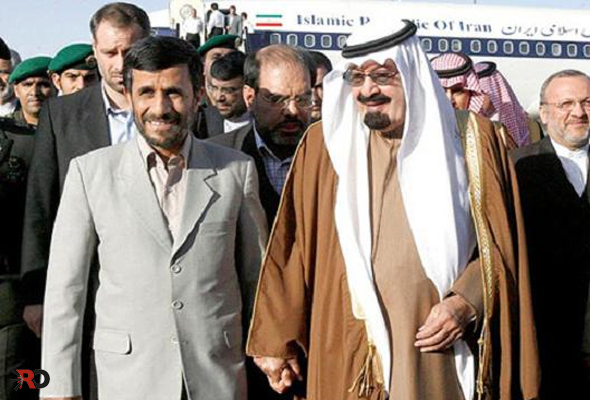 Saudi Arabia’s execution of Shi’ah leader Nimar al-Nimr, kicked of a catalyst of events which has brought tensions between the intractable enemies – Saudi Arabia and Iran, to unprecedented levels.[1] In response, on 4 January, hundreds of demonstrators set fire to the Saudi embassy in Tehran.[2] Whilst on 7 January, Iran accused Saudi warplanes of attacking its embassy in an airstrike in Yemen.[3] Whilst many view this conflagration through the lens of the historical Sunni-Shi’ah sectarian schism, a closer examination reveals a regional rivalry between the two powers driven by national strategic interests rather than religion.

Iran and Persia before it have always been influential in the region, just like its history, Iran wants to dominate the region today. This has been outlined by various politicians in Iran. Iranian Foreign Minister Manouchehr Mottaki, said in 2009: “Iran is emerging as a regional superpower given the increased role Tehran plays in international affairs.”[4] Mahmoud Ahmadinejad said: “We are rapidly becoming a superpower. Our strength does not come from military weapons or an economic capability. Our power comes from our capability to influence the hearts and souls of people, and this scares them.”[5] Iran has worked to expand its influence throughout the Middle East and developed a whole host of strategies to achieve this. Iran established Hizbullah in Lebanon in the early 1980’s and continues to extend its support through training and arms. Similarly in Palestine the Iranian regime has armed Hamas. The clerical regime has deepened relations with the Alawi regime in Syria and is today propping it up, when the people have turned against it. 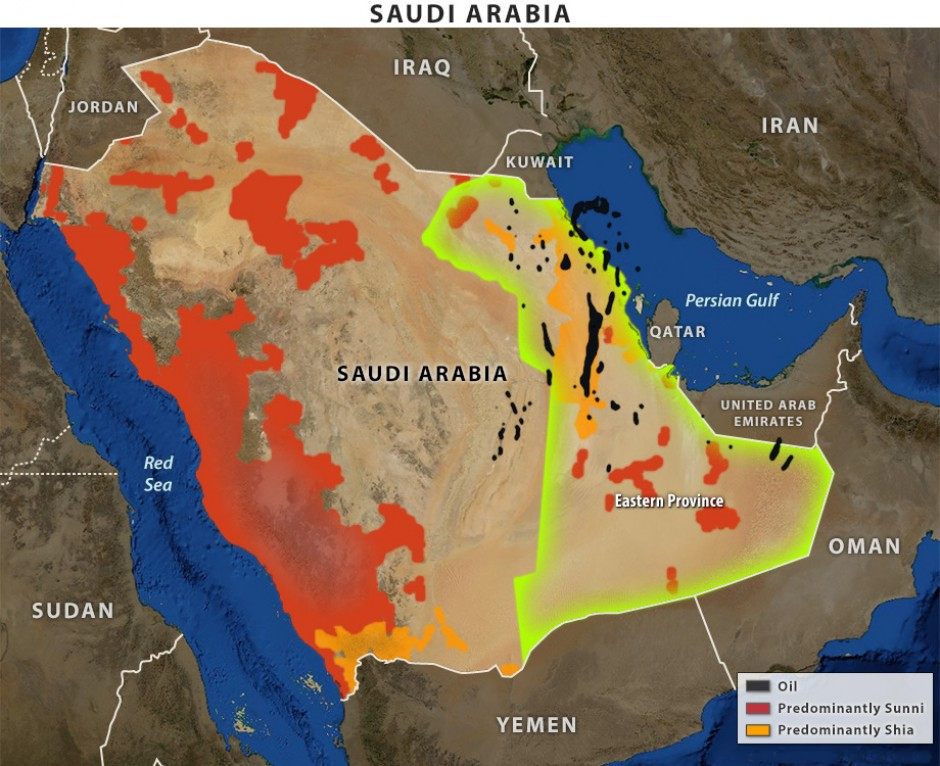 peninsula. Saudi Arabia has constructed its foreign relations to protect and enrich the monarchy and in turn the family of al-Saud. Put within the context of its immense mineral wealth and military riches, Saudi Arabia’s role in the world is largely limited to a mere symbolic leadership due to having the two holy Islamic sites, Makkah and Madinah, within its borders. Saudi Arabia has played a role in a handful of regional issues such as hosting negotiations for the two-state solution and being a hosting ground for US bases. As Iran also claims to represent the Muslims, the Saudis have viewed Iran as a threat to their regional ambitions and have over the decades entered into numerous proxy wars. Saudi Arabia’s Eastern provinces are where predominantly Shi’ah reside. These also happen to be the areas that contain Saudi’s oil fields. Iran has on a number of occasions supported uprisings in these areas to weaken Saudi Arabia, and this remains a central battleground between Saudi and Iran.

Both Saudi Arabia and Iran are competing to be the global representatives of Islam. Saudi’s management of Hajj, its possession of the holy mosques and being the birthplace of the Prophet of Islam (عليه السلام) is used to justify its right to represent Muslims globally. Iran uses the Sunni-Shi’ah schism as a pretext to interfere in other nations and has made itself the official protector of the global Shi’ah in order to achieve its aim of dominating the region. Through this strategy Iran made links with countries with Shi’ah populations such as Saudi Arabia, Bahrain and Afghanistan and the other Gulf states in the Persian Gulf. The Gulf remains a key battleground for both countries as it is also the world’s most strategic area, possessing much of the world’s oil and gas reserves as well as the necessary infrastructure.

The current battlegrounds in the region for both nations include Syria and Yemen. Whilst Iran has historically supported the Alawi regime in Damascus, Saudi is extremely worried about the implications in the region if the Damascus regime were to fall. Whilst on the strategic level both countries effectively have the same interests, who they are backing is different and this is an area of tension and competition between both nations in order to weaken the other and emerge more influential than the other. Saudi Arabia has been backing various rebel groups, arming and funding them, hoping that this allows it to have a say in any future outcome in the country. Similarly in Yemen, which Saudi shares a border with, the instability directly affects Saudi Arabia. Iran has for long armed and trained the Houthis and this has for long worried Saudi,[6] but the Saudi intervention to a large extent is to maintain the status quo. Saudi Ara­bia is attempt­ing to act against this Iran­ian influ­ence by act­ing against the Houthis. It is afraid of the con­flict spilling over the Saudi bor­der and factions such as Al Qaeda within Yemen obtain­ing more ground. The sen­si­tive nature of Saudi pub­lic opin­ion and the sig­nif­i­cantly large Shi’ah pop­u­la­tion has driven Saudi to take a posi­tion in Yemen. How­ever, the airstrikes Saudi is conducting are act­ing only to restrict the move­ments of the Houthis as opposed to erad­i­cat­ing them.

Both Saudi and Iran use the veneer of Islam to justify acts which in reality are for national interests or driven to strengthen the ruling regimes in both nations. Conflict between both nations occur as they are fighting over the same space in the region and this is why there is constant conflict and instability. This instability continues as both use proxy groups, fund militant groups and use their energy resources to maintain the upper hand over each other. Despite their differences on many issues Saudi-Iran have been on the same side on many occasions. Whenever the US comes knocking both have competed with each other to offer their services, be it Iraq, Syria and even Afghanistan. It is national strategic interests rather than religion that drives the competition between Iran and Saudi Arabia.

The Arab Spring: 5 years on