By Adnan Khan Just under 100 years ago in 1917 the Bolshevik Revolution was in full swing in Russia and the ransacking of the foreign ministry brought to light an agreement by two civil servants from the British Empire and France, Sir Mark Sykes and Francois Georges-Picot. This month, exactly 100 years ago, representing their countries, the viceroys agreed to carve up the Middle East in order to to ensure the Muslims never pose a...
23rd December 20156 min 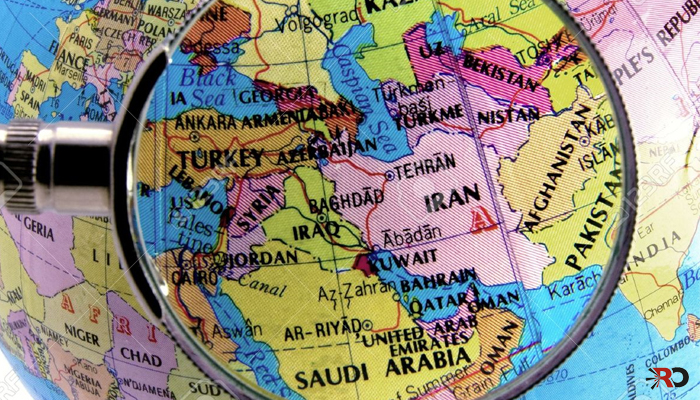 Just under 100 years ago in 1917 the Bolshevik Revolution was in full swing in Russia and the ransacking of the foreign ministry brought to light an agreement by two civil servants from the British Empire and France, Sir Mark Sykes and Francois Georges-Picot. This month, exactly 100 years ago, representing their countries, the viceroys agreed to carve up the Middle East in order to to ensure the Muslims never pose a threat to them ever again. The previously unified land was divided up into nations, and the monarchs and autocrats were called governments and imposed upon the masses. But 100 years on, the Sykes-Picot agreement is falling apart and the forces that were meant to be held back are springing up everywhere. Two of these nations Iraq and Syria have recently lost the border that divided them. Exactly 100 years since dividing the people of the region, it appears the next 100 years will be very different.

These nations lasted this long due to the loyal opportunists France and Britain left in power, that is to say, the dictators they installed. Western leaders, their think tanks and media have for long justified supporting dictators and autocrats in the Middle East. The West has supported autocrats because they are the only force capable of stemming the tide towards Islam, which represents the innate value system of the region and they ensure a regular supply of oil security. Supporting autocrats for “security”, is the same justification used by Arab autocrats to keep their domestic audiences in line. In Egypt, after the military coup that removed the Muslim Brotherhood from power, the military embarked on a campaign of severe repression against its opponents. This strategy was not only aimed at suppressing the Brotherhood, a spent force politically speaking, but it aimed at polarising the political system in a manner that ensured support for the military among the urban middle classes. Whilst leaders in the western world receive support from the people and can be removed with the mobilisation of the masses, in the Middle East the rulers support base is the west and not the people. The autocrats, monarchies and dictators rule with an iron fist, oppress the people and use their secret services to maintain their thrones and maintain the status quo.

Sykes-Picot attempted to end Islam as a political possibility in terms of governance in the Middle East. But a number of western thinkers recognise that the Muslims of the region are culturally different to the west. “The case of Egypt raises an interesting and obvious question regardless of how it all turns out. What if there are democratic elections and the people choose a regime that violates the principles of Western human rights? What happens if, after tremendous Western effort to force democratic elections, the electorate chooses to reject Western values and pursue a very different direction — for example, one that regards Western values as morally reprehensible and aims to make war against them?…….but the general assertion is a form of narcissism in the West that assumes that all reasonable people, freed from oppression, would wish to emulate us.”[1] George Friedman recognises the people of the Middle East are culturally different and therefore have not necessarily embraced western values. Whilst elections, security, ownership and rule of law are universal values, democracy, freedom and secularism are not and have their origins in Europe and the struggle between the church and the people. This cultural difference has led to the failure of western values becoming widespread in the Middle East and it is here the autocrats are needed to ensure the region doesn’t return to its own governance and dominate one of the world’s most strategic regions and expel the west.

The Middle East continues to be subjected to research, analysis, PhD’s and critiqued and whilst the region’s century has seen many actors, nations and powers shape it, the next 100 years is set to be very different from the last 100 years. There are numerous trends already taking shape that will present broader, deeper and wider challenges for the status quo. The rulers in the region have little understanding of these and have generally been pragmatic to the trends that have emerged or have used brute force to maintain the status quo.  These trends range from economic, political and social. In the medium to long term, the Middle East will see a much larger population, consisting mainly of young persons. They will need jobs, be housed and want a say in the governing of their nations. Going forward, repression and authoritarianism are no longer the tool that the autocrats in the region can rely upon as these have no impact on the people anymore, as was seen with the Arab spring. People in the Middle East are now exposed to banned news and a variety of opinions, despite attempts by their governments to limit the free flow of information. They can discuss taboo subjects, criticise their leaders, and protest against injustices. Add to this a growing and youthful population the future will be different to the past in the Middle East. All the trends going forward point to severe problems for the status quo.

The Middle East, today, stands at an epoch. The artificial architecture created by the British and French is tearing apart at the seams and no amount of stitching can keep it together. The Muslim rulers, who have long played the role of maintaining the artificial architecture in the Middle East, have lost their most potent weapon – fear, this was their only method of maintaining Sykes-Picot as well as themselves in power. Looking forward there are huge unprecedented demographic, economic, political, social, technological and geopolitical trends taking shape that will subsume everything standing in its way and sweep away those who try to maintain the status quo.

Edi­tors Note: This article is taken from Adnan Khan’s forthcoming book – 100 Years of the Middle East. The numer­ous, mul­ti­fac­eted trends tak­ing shape in the region this will be the sub­ject of his book. The book will be published on Amazon.com in early 2016.

Why the US Cannot Leave the Middle East