By Adnan Khan The last decade has seen the US marred in conflict in the Middle East and South Asia. Both the Afghan and Iraqi conflicts lasted longer than was planned for, the death toll was high and the costs were astronomical.  The Middle East constitutes some of the world’s most complex problems and has occupied the US ever since its emergence as a power after WW2. The US doesn’t share a border or an...
21st December 20156 min 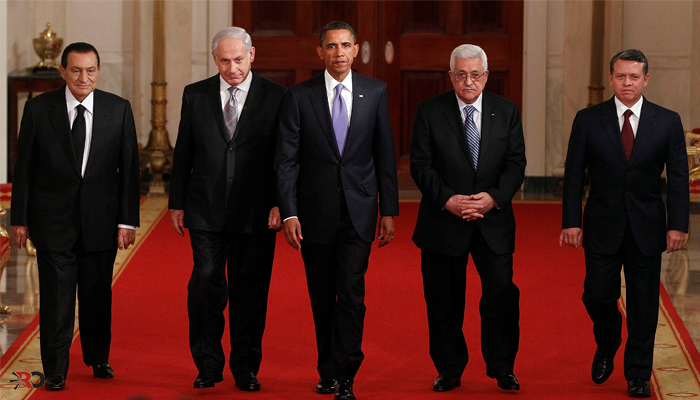 The last decade has seen the US marred in conflict in the Middle East and South Asia. Both the Afghan and Iraqi conflicts lasted longer than was planned for, the death toll was high and the costs were astronomical.  The Middle East constitutes some of the world’s most complex problems and has occupied the US ever since its emergence as a power after WW2. The US doesn’t share a border or an ocean with the Middle East and successive surveys point towards the support for a US presence in the region as extremely low and negative, but the US is constantly entangled in the region’s problems. This has led to many in the US to argue for the US to reduce its Middle East presence, but US politicians of all persuasions cannot leave the Middle East as they recognise its strategic importance. The strategic importance of the Middle East can be seen from a number of perspectives.

Firstly, geographically the Middle East sits on the crossroads of three continents – Asia, Africa and 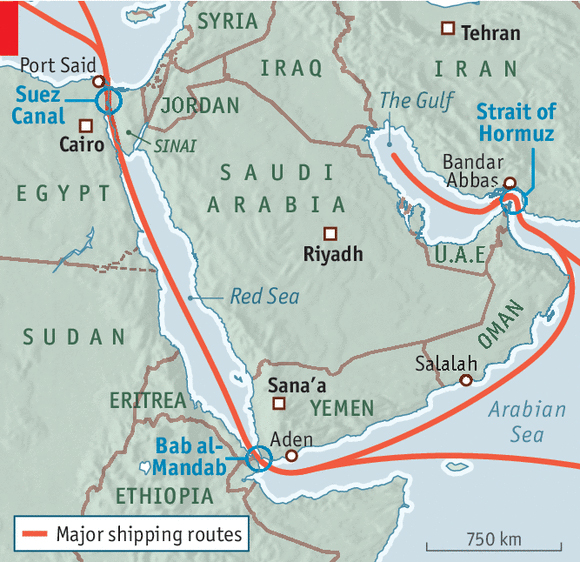 Europe. Some of the world’s earliest civilisation originated in the region and it was also the Southern belt in the ideological struggle between the Soviet Union and the Capitalist west. It was the first line of defence against Communist attempts to expand into Africa. The Middle East is surrounded by oceans and waterways as well as land routes which throughout history played very important roles. The Suez Canal remains the shortest route from West to East, without this the world’s ships would incur extra fuel costs, as well as extra days at sea as they would need to go around Africa. The straits of Hormuz (The most important oil transit channel in the world), Bab el-mandab and the Suez Canal are the routes for over 40% of the world’s oil.

Secondly, the Middle East has been blessed with mineral wealth, which the world’s economy is dependent upon. This was something the US recognised very early and what led to the infamous 1945 meeting between US President Franklin D. Roosevelt and the Saudi King Abdul Aziz ibn Saud aboard the USS Quincy. The US state department described the Middle East In 1944 as: “the oil resources constitute a stupendous source of strategic power, and one of the greatest material prizes in world history.” [1] Since WW2, the Middle East has emerged as the world’s most important source of energy and the key to the stability of global economy. Today the Middle East not only possess the world’s largest oil and gas fields   but it also produces 30% of the world’s oil and 16% of the world’s gas. The Middle East possesses over 65% of the globe’s proven oil reserves and 45% of the globe’s natural gas. The Middle East is also the preferred choice for global oil since its extraction is relatively simple and its refining is cheaper due to it being the light ‘sweet’ type of crude oil. 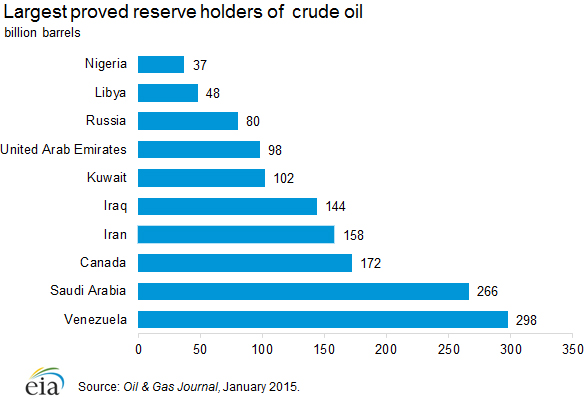 Thirdly, the Middle East controls a significant portion of the hydrocarbons that are yet to be discovered. According to the US Geological Survey over 50% of the undiscovered reserves of oil and 30% of gas are concentrated in the region primarily in Saudi Arabia, Iran, Iraq, Kuwait, UAE and Libya.[2] The concentration of so much of the world’s hydrocarbons in the region and with the global economy relying upon it, whoever controls the Middle East, they would possess the world’s economic lever. Despite the US reliance upon oil, it has reduced its dependency on Middle Eastern oil and today only imports 13% of its fossil needs from the region.[3] But with so much mineral wealth in the Middle East, the US cannot allow anyone else to dominate the region, who could challenge US superiority.

Fourthly, Islam, as an alternative civilisation represents an existential threat for the US and the wider [pullquote align=”right” color=”” class=”” cite=”Willy Claes, NATO’s Secretary General, 1995″ link=””]“The Alliance has placed Islam as a target for its hostility in place of the Soviet Union.”[/pullquote] west. Islam originated from the Middle East and for centuries Christendom entered into a protracted battle with the Muslim world. Whilst the Muslims world eventually defeated the crusades, the decline of the Ottomans in the 19th century gave the Europeans the opportunity to end the threat from the East, who possessed an alternative way of life. Artificial nations were created to divide the Middle East into fake groupings in the hope that Islam would cease to exist and never be a menace to the west. Europe put in place monarchs and autocrats to maintain this artificial architecture and Israel was also created to act as a second line of defence in case political unity evolved from the Muslims in the region. After WW2 and with the demise of Britain and France, the US inherited the region and maintained this architecture. The demise of communism in 1991 brought back into the open the direct clash of civilisations. Willy Claes, the then NATO’s Secretary General, confirmed that “Islamic fundamentalism is at least as dangerous as Communism was,” he also confirmed: “The Alliance has placed Islam as a target for its hostility in place of the Soviet Union.”[4] Whilst in 1996 the NYT times highlighted: “The Red Menace Is Gone. But Here’s Islam.”[5] Successive National Intelligence estimates (NIE) have recognised Islam as the number one long term threat to not just US dominance, but to western civilisation itself.[6] Muslims uniting on Islam as a system of governance is the worst case scenario for the US and would spell disaster for global US supremacy.

The Middle East possesses the world’s most strategic resources and it is dominated by Muslims who believe in a way of life which is political in nature, thus any unity upon this belief would see the US losing this strategic region. This is why the US since WW2 backed autocrats and dictators to ensure unity amongst the populace never takes place. As the people in the region are culturally different to the west, the US and the west never took the chance of allowing completely free elections, as there was always the possibility the people would elect a regime in line with its values, but not in line with US interests. The Arab spring confirmed to the US that after 100 years Islam remains with the masses and that the regimes, the US long supported can no longer be relied upon to suppress the masses. The strategic importance of the Middle East therefore remains of key concern for successive US regimes, for these reasons.

[1] U.S. Department of State. Foreign Relations of the United States. 1945, viii, 45, cited in Joyce and Gabriel Kolko, The limits of power, Harper & Row, 1972, which provides a comprehensive analysis of the development of U.S. policy at the time.

100 Years of the Middle East