By Muhammed Ubaid The uprising in Syria very quickly spread beyond the country and engulfed the surrounding nations. International powers were forced to intervene due to the ramifications if the Bashar al-Assad regime was to fall. One of the most concerned nations with the outcome of Syria is Israel. Despite the constant rhetoric against Syria, numerous Israeli generals and political commentators have called on the Israeli government to provide military aid to Bashar al-Assad’s regime...
15th July 20155 min 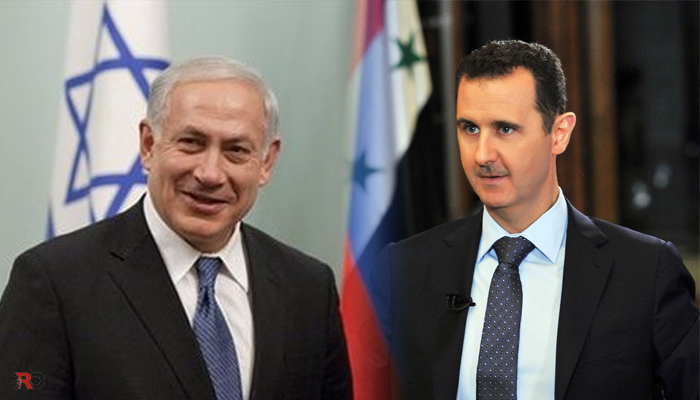 The uprising in Syria very quickly spread beyond the country and engulfed the surrounding nations. International powers were forced to intervene due to the ramifications if the Bashar al-Assad regime was to fall. One of the most concerned nations with the outcome of Syria is Israel. Despite the constant rhetoric against Syria, numerous Israeli generals and political commentators have called on the Israeli government to provide military aid to Bashar al-Assad’s regime in order to prevent its downfall in an unprecedented campaign to “Save the Assad regime.” General Azer Tsfrir, recently said allowing the Assad regime to fall would mean turning Syria into a “black hole” in which the border areas could become launch pads for operations against Israel.”[1] Bashar and Hafiz al-Assad before him played a key role in securing their border with Israel and the survival of the al-Assad regime represents one of Israel’s most strategic interests.

Israel faces a precarious security situation in that it is surrounded by enemies, who in a regional war would completely outnumber and engulf it. Israel is also small in terms of its demography, which impacts the size of its army. As a result Israel has always needed to either permanently defeat the regional nations or have cordial relations with it. The basic challenge of Israel is its national security requirements outstrip its military capabilities. The al-Assad regime appeased Israel, despite openly adopting an anti-Israeli discourse. In 2007, the Israeli newspaper Haaretz reported secret meetings between the Syrian and Israeli regimes within which the Syrians promised to end their support for Hamas and Hizbullah in return for partial Israeli withdrawal from the Golan Heights.[5] Further talks continued under Turkish supervision between 2008 – 2010, despite the Israeli offensive which killed over 1000 people in Gaza in 2009. The al-Assad regime wanted to make these talks official and publicly recognise Israel as a legitimate nation in the region. Whilst Israel’s border with Egypt has been anything but stable, its border with Syria is the most stable in the region.

With a population of approximately 8 million living on land the size of Wales, Israel is heavily reliant on the goodwill of surrounding nations. Many military personnel, political commentators and politicians view the al-Assad regime as a reliable entity, crucial for Israel’s survival. From the very beginning of the uprising in Syria Israeli officials have constantly commented that the al-Assad regime remaining in power was crucial to Israel’s existence. The Haaretz reported in early 2013 that Israel would prefer to see the regime of President Bashar Assad in Syria to continue rather than see a takeover of the country by rebel Islamist militants. Haaretz, quoted an Israeli intelligence official: “Better the devil we know than the demons we can only imagine if Syria falls into chaos, and the extremists from across the Arab world gain a foothold there.”[6] For Israel the al-Assad regime ensures the suppression of any Islamic resurgence and it is on this point that both Damascus and Tel Aviv have long worked together. The cousin of Bashar al Assad, Raouf Makhlouf confirmed in the New York Times, “If there is no stability here, there’s no way there will be stability in Israel.”[7]

The constant comments by Israeli officials should confirm how important the al-Assad regime is to Israel. Israel has cooperated heavily with the Syrian regime and has considered it to be a reliable entity in the region. But the position of the regime in Damascus has significantly weakened as the protracted struggle has now passed 5 years. It remains to be seen whether Israeli or international support is able to protect the regime in Damascus.

Part 3: The American Empire and Israel

The Future of the Middle East: Economics