By Adnan Khan Space represents the 4th frontier after land, sea and air and for over half a century epitomised an important arena for dominance and superiority. Recent months have seen a flurry of space activity. In September India became the first nation to send a satellite into orbit around Mars, it did this on its first attempt.[1] On October 31st a Chinese spacecraft returned after circling the moon and taking photos.[2] This was after...
1st December 20146 min 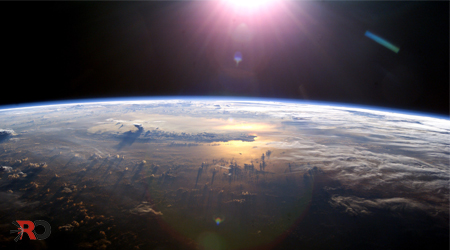 Space represents the 4th frontier after land, sea and air and for over half a century epitomised an important arena for dominance and superiority. Recent months have seen a flurry of space activity. In September India became the first nation to send a satellite into orbit around Mars, it did this on its first attempt.[1] On October 31st a Chinese spacecraft returned after circling the moon and taking photos.[2] This was after the first Chinese spacecraft safely landed on the moon and a robotic rover-type vehicle explored the moon in December 2013.[3] November 2014 was a bad month for the commercial space industry. Two prominent launches ended in disaster. The Virgin Galactic test flight killed a pilot and injured another, and a failed Orbital Sciences contract mission destroyed a $266 million rocket and payload.[4]  Ever since the first attempts to launch into space in the 1950’s many nations now have space programs, but there are four main reasons nations spend astronomical sums to go into space.

Firstly, Satellites remain the main focus of space activities. In 1957 the Russian Sputnik was the first satellite ever put in orbit. The US followed in 1958. Since then, ten other nations have done the same. France launched its first satellite in 1965, Japan and China in 1970, Britain in 1971, and India in 1980. Israel launched its first satellite in 1988. Ukraine did so in 1995. As of today around 45 countries have launched a satellite. In the modern world satellites are crucial for purposes such as weather monitoring, help in search and rescue, help in potential natural disaster detection and communications, such as TV and data. Over 800 satellites orbit the earth everyday with around 75% of all satellites being non-military. Satellites are essential to the coordination of a global military presence. Modern global warfare requires the acquisition of data and ability to move and utilize data in real time. This need is highly dependent on satellites, which provide the necessary sensors to ‘see’ what is happening and the transmission capabilities to distribute this data.  The US and Russia lead on military space activities. The US operates around half of all military satellites and spends over $20 billion a year on military space activities. Russia owns around 85 military satellites.

Secondly, the global powers have for long wanted to weaponise space. Joseph W. Ashy, Commander-in-Chief of US Space Command, highlighted in 1996: “It’s politically sensitive, but it’s going to happen. Some people don’t want to hear this, and it sure isn’t in vogue, but—absolutely—we’re going to fight in space. We’re going to fight from space and we’re going to fight into space. That’s why the US has development programs in directed energy and hit-to-kill mechanisms. We will engage terrestrial targets someday—ships, airplanes, land targets—from space.” The US has continued the development of technology which will allow it to place weapons in space. In 2004, the US Air Force issued a document called ‘Transformation Flight Plan’ which envisaged a whole array of space weapons.[5] In the meantime, the US is still attempting to develop a Ballistic Missile Defence system (BMD) which will in all likelihood include weapons in space. The US has voted against a number of treaties, which propose the banning of weapons in space. This policy was confirmed in the national space policy of October 2006 which states ‘The United States will oppose the development of new legal regimes or other restrictions that seek to prohibit or limit US access to or use of space. Proposed arms control agreements or restrictions must not impair the rights of the United States to conduct research, development, testing, and operations or other activities in space for US national interests.’[6]

Thirdly, throughout history, research done to advance space exploration has found a way into everyday life, from something as simple as Velcro to advanced composite materials that can withstand immense heat. Ongoing development in space has already had tangible benefits, including increased cell phone coverage (and ease of international calls), improved weather and GPS coverage and improved mapping technology. NASA in the USA has had a mandate for technology transfer and has documented over 1,500 spinoff success stories thanks to an endeavour that covers almost all major areas of the physical science.[7] Due to space based technologies being custom built there is a huge commercial market for them. Since 2001 satellite industry revenues more than doubled, from $86 billion a year to over $200 billion now.  Space is an expensive place as one would need to launch their payload into orbit, using very powerful rockets to do so and if the payload is a satellite, very delicate instruments will need to survive the ride. If a mission involves going further e.g the moon, Mars etc then the costs involved will only increase. As various countries and businesses have rocket launch capabilities, a country doesn’t necessarily need a rocket program to launch payloads into orbit. Today, only 9 countries and a conglomeration of European states have the ability to launch a payload into orbit. India’s space mission to Mars needs to be seen in this light, they not only got a satellite to reach Mars and enter its orbit, but they proved they could achieve this at a fraction of the cost. Costing $74 million, it was the cheapest interplanetary mission ever to be undertaken by the world.[8]

Fourthly, for any aspiring power, prestige plays a central role in being able to go into space. It indicates you have a very strong economy; that you are technologically advanced, very ambitious and have political backing within your country. The first paragraph of the US national space policy in 1996 stated: ‘In this new century, those who effectively utilize space will enjoy added prosperity and security and will hold a substantial advantage over those who do not.’ [9] Even though Space has always been a phenomenally expensive place in which to operate, the US and Soviet Union drove each other to virtual bankruptcy to be the first in space and the moon. Despite possessing 33% of the world’s poor and not having enough toilets for its citizens, India has focussed 16,000 scientists and engineers to work on the mission to Mars rather than working on fixing the countries rotten sanitation. The Mars mission was hailed as a triumph of thrifty Indian ingenuity and this nationalistic element incentivised the Indian governments to invest in space.

The US was long perceived as the leader of space exploration, when the space shuttle program was shut down, that image was left a bit tarnished. Today several nations are competing for a future position in space. The US no longer has the ability to put astronauts into space since they retired the space shuttle and they now rely on the Russians in order to get to the international space station. Through continued efforts at NASA and the America’s growing and robust private sector, the US remains a major player in space but nations such as China and India are looking to position themselves in the frontier of space.