By Adnan Khan Modern missiles all developed from the V-2 rocket, which was first used during WW2 by Nazi Germany. The past few weeks has seen multiple countries conduct a raft of missile tests in order beef up their defences. Kicking off the season of missile tests was the US and China, who both conducted development tests of their hypersonic missiles, designed to travel many times the speed of sound and reach targets thousands of...
17th November 20148 min 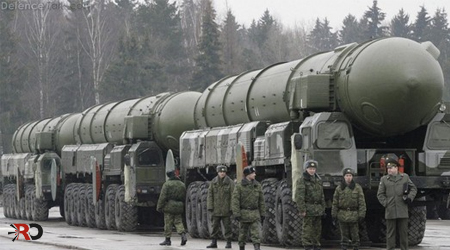 Modern missiles all developed from the V-2 rocket, which was first used during WW2 by Nazi Germany. The past few weeks has seen multiple countries conduct a raft of missile tests in order beef up their defences. Kicking off the season of missile tests was the US and China, who both conducted development tests of their hypersonic missiles, designed to travel many times the speed of sound and reach targets thousands of miles away in an hour or less.[1] Both tests failed. On 6 September North Korea launched three short-range projectiles off its east coast which were part of North Korea’s efforts to test a new tactical missile.[2] On 10 September Russia carried out a successful test of its new Bulava intercontinental nuclear missile.[3] Whilst on October 21 India conducted its second test flight of the Nirbhay long-range cruise missile.[4] Then in the first week of November India tested both its Prithvi and Agni long-range ballistic missiles.[5] Not to be outdone Pakistan successfully tested the Shaheen-II, an intermediate-range ballistic missile on November 13.[6] All of this shows missile development continues to play a central role in the military development of numerous countries. There are however numerous challenges that need to be overcome in order to develop an indigenous missile program.

Firstly, developing missiles is a complex undertaking, even after decades of experience there can still be reliability issues. Like any complex machinery, missiles will only work some of the time. Their destruction can reach hundreds of miles and this is what makes them a useful weapon of war. Prior to the development of rockets, airplanes were needed to drop bombs over cities. Now, missiles can reach their targets from the other side of the world. In its simplest form engineers will have to pack a small cone shaped, titanium casing with enough fuel to reach its target, dealing with all the elements it may encounter on the way. Missiles have today developed in shape and size and can fly across the world via space. Missiles today can be the size of a person and are constructed from titanium alloy, which provides high strength and low weight. The further the missile needs to travel the more fuel needs to be burned, similarly the heavier the missile the more fuel is consumed, thus in missile development – weight, distance and fuel are opposing factors that need to be overcome.

Secondly, missiles work when fuel is burned and leaves the projectile in one direction propelling it in the opposite direction. Once moving, thrust must continue to be generated to accelerate the missile against the force of the Earth’s gravity. Rockets and missile motors can be of the solid fuel type for ease of maintenance and fast deployment. They also come in liquid fuel which gives variable thrust as well as restart capability. Liquid fuel engines are in reality mechanical devices, with a heavy maintenance load and even higher probability of failure. Solid fuel is a slow burning explosive. Manufacturing these is a lengthy extracting process. Their biggest challenge is they cannot be really tested, one can probe, poke and double check them, but ultimately one would hope the rocket will work more times than not. Whilst many principles of rocket science are widely known, missile engineering remains a challenging skill acquired only through direct experience, it cannot simply be studied and applied without much trial and error. There is tremendous complexity in finding the right formulation of solid propellants for a specific missile system. Although the underlying rocket science has been reasonably well understood and publicly available for decades the predictability of how a solid rocket will perform depends on very subtle factors.

Thirdly, a missile needs to be guided to its intended target. The missile’s target accuracy is a critical factor for its effectiveness. Missile guidance systems are guided mainly by man-made electromagnetic devices, such as radar and radio devices. Missiles can also be guided by electromechanical devices or electromagnetic contact with natural sources, such as the stars, position on earth and are thus self-contained guidance systems. There are many different ways to control the flight path of a missile, but almost all modern missiles take advantage of homing guidance. Homing missiles come equipped with a seeker – an on board antenna sensitive to a specific energy source. That energy source could be any part of the electromagnetic spectrum, but one of the most easily detectable forms of energy is infrared, or heat. An infrared seeker is able to lock on to the enormous heat produced by an aircraft’s engine or the exhaust from a missile with accuracy and guide the missile to its target. The guidance system is a particularly complex piece of electromechanical precision and it has to guide the missile and its warheads anything from 50 kilometres to 10,000 kilometres and hit to within a few hundred meters of a target. This requires testing of missiles and their re-entry vehicles, which produces data from which mathematical models can be developed, further tested and fine-tuned.

Fourthly, the warhead of a missile provides its primary destructive power. The warhead is miniaturised in order to be integrated with a missile, which can be sub-munitions, incendiaries, nuclear, chemical, biological or radiological weapons or kinetic energy penetrators. Warheads are constructed in a laboratory environment, in a concrete tunnel, where there is no G-loading, no vibration, and no temperature extremes. They have to be miniaturized for the nose cone of the missile and still be able to handle vibrations, extreme temperatures and g-force. All of this takes a lot of technology, it takes a lot of work, and it takes a lot of time. The miniaturisation of a nuclear warhead is considered the most significant challenging endeavour in this regard. A nuclear bomb needs about 33 pounds (15 kilograms) of enriched uranium to be operational. The weight and bulkiness of other bomb materials make it extremely difficult to fit such a warhead into a missile. The components of the bomb that actually initiate a nuclear explosion must be significantly miniaturized in order to be placed in a missile. Modern missiles are shorter than a human being weighing only a few hundred pounds. Getting a warhead down to this size is no easy task. It requires, among other things, precision manufacturing, exceptional quality control and a good understanding of nuclear physics. Hans Kristensen, director of the Nuclear Information Project at the Federation of American Scientists outlined: “Warheads are complicated little machines, the entire detonation process happens within a tiny fraction of a second so the hard part is constructing a warhead with reliable separation capabilities throughout the various stage,”[7]

Fifthly, all of these systems need to be held together in a shell which can be the size of a human or the size of a building. It must be strong enough to hold all of this weight, but light enough to not require too much fuel. It must be able to handle the vibrations and pressure that come with flying though the atmosphere and in some cases outside the Earth’s atmosphere and be able to successfully make re-entry if it does. The further a missile has to travel the more complex it will become. This is because a missile will consist of multiple stages, that is 2 or 3 missiles stacked upon each other. The first section or stage is the largest and contains a large rocket motor. The second stage is another motor and the third stage is the warhead, guidance system and a smaller rocket. So there is not one stage but three. The longer range missiles which travel over 3,500 km and Intercontinental Ballistic Missiles (ICBM) are reliant upon the different stages and the entire process is intolerant to any failure, otherwise the whole missile is lost. From the time a ballistic missile lies dormant in its Silo to its actual launch, various errors can begin to accumulate. A systematic and rigorous testing program of all the component parts can help reduce this as much as possible, but such errors cannot be eliminated entirely.

Like any military platform developing missiles requires money and time, however unlike developing a fighter jet or an aircraft carrier they are cheaper and thus have seen many nations develop their own indigenous programs. The plethora of missiles around the world has led to some nations developing missile defence systems in order to counter a missile attack. Despite progress in missile defence, today the ballistic missiles represent the only strategic weapon in that there is virtually no way to counter this weapon, aside from another missile intercepting it. Ballistic missiles are primarily surface launched from mobile launchers, silos, ships or submarines. Intercontinental Ballistic Missiles (ICBM) cannot be intercepted even if within range because an incoming ICBM travels at 4 miles a second and would thus be moving too fast for anyone to counter.