By Adnan Khan  The Joint Strike Fighter Lightning II, better known as the F-35 was scheduled to make its debut at the prestigious international airshow in Farnborough, England in July 2014. However the world’s most expensive military weapons project was crippled by a major setback,which meant the jet could not even take-off from its US base.[1] The $400 billion program which aims to develop only the world’s second fifth generation fighter jet has had constant...
22nd September 20147 min 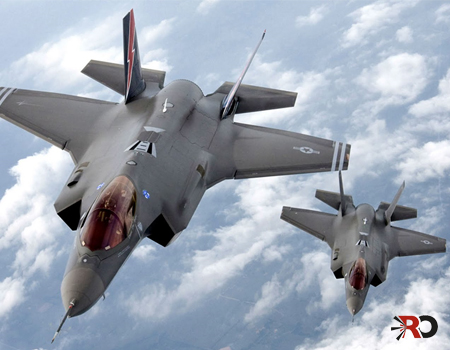 The Joint Strike Fighter Lightning II, better known as the F-35 was scheduled to make its debut at the prestigious international airshow in Farnborough, England in July 2014. However the world’s most expensive military weapons project was crippled by a major setback,which meant the jet could not even take-off from its US base.[1] The $400 billion program which aims to develop only the world’s second fifth generation fighter jet has had constant set-backs and failures with the most recent embarrassment being just another setback in an ever growing list. With international stakeholders contributing towards its development Australia, Canada, Denmark, Italy, Netherlands, Norway and Turkey, all have a stake in the success of this multi-billion dollar project that will replace many of their current aging stock of jets. The project is now 70% over its initial cost estimates and seven years behind schedule. Whilst new military platforms always suffer from problems and setbacks in their development the success of the F-35 is essential for the US if it is to maintain its qualitative lead over nations such as Russia and China.  For the moment there are four key issues holding the project back

Firstly, the F-35 programme is a single joint acquisition program rather than a multiple service-specific program. Joint aircraft programs, in which two or more services participate in the development, procurement, and sustainment of a military platform are thought to save life-cycle costs by eliminating duplicate research and development. This means the US Marines, Navy and Airforce are competing against each other to ensure their specific requirements are incorporated into the final design. Whilst the Marines want the F-35 to be capable of vertical lift capability, for the air force this makes the jet heavy and clunky, due to the additional fan needed to generate lift, which causes drag on the plane in air force operations. The jet is then being designed as a multi-role aircraft, piling on the additional contradictory characteristics of an air to air fighter and an air to ground bomber. The need to accommodate different service requirements in a single design or common design family has led to greater program complexity, increased technical risk and weight in excess of what is needed by an individual service. US army personnel involved in the development of the F-35 have complained about the design compromises they have had to make for the success of the project and it is these factors that have single headedly increased the cost of the final design. Every time a design flaw has been identified it has caused a fleet-wide stand-down, whilst a variety of fighter platform programmes would provide a hedge against this.

Secondly, the design, engineering, and production of any complex system requires special skills, tools, and experience. As there is no design handbook of practices to guide engineers and managers in developing complex platforms, engineers and managers must learn from trial-and-error experience. One of the main problems with the development of the F-35 is the jet is being built from scratch and many of its technologies are still being developed, which then have to be integrated with other technologies, also yet to be invented, but will be used on the jet. The main cause of the delay was the decision to start building the plane before testing was finished. As a result, bugs and other technical glitches keep forcing repairs and redesign work, slowing down production. The pioneers of the F-35 are attempting to replace numerous classes of jets down to just one design and only three variants. Whilst a jet for the Air force, Navy and Marines will share the same fuselage, engine, radar and weapons. The navy aircraft carrier take-off and marines vertical take-off in one design has never previously been designed.

Thirdly, the F-35’s engines have suffered from consistent problems, regularly grounding the entire fleet. Engine failure was the reason the F-35 could not make the Farnborough air show in July 2014. The F-35 weighs 27,000 kg, with its bulky design it is considerably heavier than the fighter jets it is meant to replace and its designers want it to fly nearly double the speed of sound (Mach 1.6). The vertical landing version (STOVL) which requires significant thrust has been an engineering nightmare. Making a jet a short take-off and vertical landing (STOVL) aircraft supersonic are two inherently contradictory design characteristics. As a result excessive friction and vibrations that takes place amongst blades and other internal parts of the engine and the stress on engine parts due to the extreme heat has constantly led to fires. In 2008 serious problems led to engine turbine blades breaking off suddenly, the cause was found to be metal fatigue,[2] resulting in an engine redesign.[3] Even though the engine manufacturer Pratt & Whitney issued a press statement in 2008 saying the problems were resolved in Mid-2009, the then head of the JSF Program Office, Marine Corps Maj. Gen. David R. Heinz, was still was not happy with the F-35’s engine problems. He told the press: “The problems include too many individual blades that fail….”[4] He was thereafter ordered by the Pentagon not to comment publicly on problems with the F-35 engine and ever since no official publically comments about the engine problems. In 2011, however, Admiral Venlet, the then Head of JSF Program Office, told reporters that some engine problems were still impacting on the delivery schedule.[5] The grounding of the F-35 in July 2014, this time was not the complex vertical take-off version, but the much simpler engine for the Air Force version.[6] 13 years into engine development, major problems are still emerging, all of this indicates that the problem is more deeply ingrained in the engine’s design.

Fourthly, Software remains the biggest risk of the F-35 program, according to US Air Force Lt. Gen. Christopher Bogdan, the program executive officer.[7] 24 million lines of software code were meant to turn the F-35 into a flying computer, but software development is well behind schedule and the delays will in all likelihood threaten the Marine Corps and Air Force plans to declare “initial operational capability” (IOC) in 2015 and 2016, respectively. The full software package, known as 3F, is designed to support a suite of internal and external weapons, including the GPS-guided Joint Direct Attack Munitions, laser-guided Paveway II bombs, Adinganced Medium-Range Air-to-Air Missiles and infrared Sidewinder missiles. The F-35’s integration of sensors and weapons, both internally and with other aircraft, is touted as its most unique aspect. That integration is primarily realized through complex software. Writing, validating, and debugging the jets software has been among the program’s greatest challenges. F-35 software developers have taken a block development approach focusing on developing six key software releases. So Block 1 comprises 76% of the more than 8 million source lines of code required for the F-35’s full warfighting capability.[8] The latest assessment of the F-35 presented to congress in January 2014 by the the Pentagon’s chief weapons tester, Michael Gilmore, emphasized what he called the “unacceptable” characteristics of the aircraft’s software.[9]

It is likely many of these setbacks will eventually be overcome as the development of any new military platform will always suffer from delays and challenges. For the moment the F-35 is not a proven fighter design, with a demonstrated baseline of performance in service. It’s a developmental aircraft in the early middle of its test program, which is now scheduled to continue until 2022, if there are no further delays. For the US the F-35 is meant to replace is teen jet platforms – F15, F16 etc, but it’s likely many of these will remain in service beyond their service lives due to the delays in developing the F-35. The F-35 for the US is meant to be a beyond-visual-range aircraft that will not require within-visual-range combat otherwise known as  as dogfights. For US military planners this is largely a 4th generation development, whilst 5th generation fighters are sophisticated fighters with long range firepower and advanced stealth capabilities. For the moment US airpower superiority will rest upon its F-15’s and F-16’s, both 1970’s platforms.