By Adnan Khan Despite the al-Assad regime’s heavy defence of the Tabqa airbase in Raqqa, mining and wiring the facility supported by numerous air and ballistic missile assets, the airbase fell on August 24th to ISIS forces, with the regime losing hundreds of troops in the battle. The last few months have been extremely busy for ISIS since their declaration of the ‘Caliphate’ in early July 2014. ISIS has expanded in Iraq, so much so...
17th September 20146 min 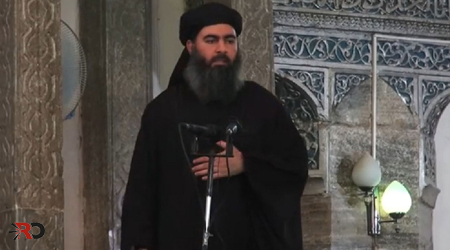 Despite the al-Assad regime’s heavy defence of the Tabqa airbase in Raqqa, mining and wiring the facility supported by numerous air and ballistic missile assets, the airbase fell on August 24th to ISIS forces, with the regime losing hundreds of troops in the battle. The last few months have been extremely busy for ISIS since their declaration of the ‘Caliphate’ in early July 2014. ISIS has expanded in Iraq, so much so that it forced US intervention in order to salvage the Iraqi central government. Ever since ISIS entered the Syrian uprising it has become the pre-eminent group there, whilst in Iraq the Iraqi central government was forced to concede the North-West of the country to ISIS after failing to halt their advance. One commentator described ISIS as follows: “ISIS has taken over from al-Qaida as the most powerful and effective extreme Jihadi group in the world. It now controls or can operate with impunity in a great stretch of territory in western Iraq and eastern Syria, making it militarily the most successful Jihadi movement ever.”[1] There are many reasons to why ISIS have been successful in expanding and dominating both Iraq and Syria. The following are four main reasons detailing their success.

Firstly, ISIS operates as an insurgent force which has given it the advantage of mobility as it is in no need of moving heavy equipment such as trucks, artillery and other supplies. A conventional army has more vulnerable infrastructure which can be targeted with devastating results by an insurgent force.  This was something the Taliban successfully utilized against the Soviet invasion of Afghanistan.  ISIS has relied primarily on pick-up trucks equipped with medium and heavy weapons to carry out quick raids and outmaneuver heavier enemy forces. In Zumar, one of the towns seized August 3rd, ISIS used these vehicles to surround, attack and overwhelm defending Kurdish peshmerga fighters from multiple directions. ISIS forces are battle hardened fighters with over a decade of experience in facing of against US forces, this has given them tactical proficiency in conducting raids against much larger and capable conventional forces. ISIS is now a trained and tested fluid force proficient in light infantry maneuver warfare, with the ability to effectively carry out insurgency and terrorism operations.

Secondly, ISIS and its predecessor al-Qaeda in Iraq (AQI) have been at war for over a decade and everyone that has fought against them have noted the motivation of the rank and file of the organisation. As was noted by the Brookings institute: “It is especially important in light infantry combat, and in civil wars where training, leadership and other military skills are often in short supply.  In these kinds of fights, higher morale can often prove decisive.  ISIS fighters seem very committed to their cause, they appear confident in their abilities, and in part for those reasons, often intimidate their adversaries.  It was a similar set of intangibles that enabled the Taliban to overrun Afghanistan in 1994 and easily crush most of the Afghan militias that had been waging their own civil war beforehand.”[2] Motivating an army or group in order to face adversity and fight for long periods without suffering from war fatigue is a struggle every conventional and unconventional outfit suffers from. In the case of ISIS the Islamic concept of Jihad, truth vs falsehood and liberating the Muslim lands from non-Muslim occupation have played a central role in motivating troops. As a result ISIS members have fought ferocious battles even though they have been outnumbered and outgunned, they have prevailed due to Islamic values.

Thirdly, central to ISIS success has been its structure which organises, plans, manages and maintains the organisation’s planned transition from insurgent group to government in waiting. The group has built an effective management structure of mostly middle-aged Iraqis, including many military officers under Saddam Hussein, overseeing departments of finance, arms, local governance, military operations and recruitment. At the top the organization is Abu Bakr al-Baghdadi who handpicked many of his deputies from among the men he met while a prisoner in US custody at the Camp Bucca detention center. Most of his leadership team includes officers from Saddam’s long-disbanded military. They include former Iraqi officers like Fadel al-Hayali, the top deputy for Iraq, who once served Saddam as a lieutenant colonel, and Adnan al-Sweidawi, a former lieutenant colonel who now heads the group’s military council. Al-Baghdadi’s deputies include 12 walis, or local rulers; a three-man war Cabinet; and eight others who manage portfolios like finance, prisoners and recruitment. Its operations are carried out by a network of regional commanders who have their own subordinates and a degree of autonomy, but they have set “drop times” when they open a shared network to coordinate.

Fourthly, the ISIS Caliphate has included an exclusionary method of governance. ISIS maintains social control by eliminating all resistance. Many reports coming out from Mosul and in Syria are of dissent being dealt with through punishments, including death. Abu Bakr al-Baghdadi said the following about the Shi’ah: “Al Qaeda wants to forge links with the Shiites. They think the Shiites are their brothers even though they make takfir on all the sahabah and they believe the Quran is corrupted. Yet al Qaeda wants to forge links with them. When Isis takes a town either you leave shism or die. Isis cannot take jizya from them. They are a newly invented religion so no jizya can be taken from them.”[3] Imple­ment­ing Islam includes their under­stand­ing of the creed and as a result many have been accused of apos­tasy for tak­ing dif­fer­ent posi­tions to them. Based on this, courts have been set up and any oppo­si­tion to ISIS rule or ver­dicts has been viewed as rebel­lion and has seen indi­vid­u­als and groups pun­ished with exe­cu­tion. In the short term this strategy allows ISIS to take over an area and bring a degree of stability through fear, however this is a recipe for disaster in the long-term as the population usually rebel against such tactics eventually. This was how al-Qaeda was defeated in Iraq in 2005.

ISIS like many groups before them have adapted to the military and political landscape and instituted changes within its own organisation as developments have taken shape. ISIS has been successful across Iraq as it has utilized guerrilla tactics, hit-and-run tactics, and kept Iraqi security forces dispersed and under pressure. ISIS targeted areas where security forces were weak and withdraw from facing-off against security forces in areas where they were concentrated and held superior fire power. However, many of these strengths can easily become weaknesses. The more territories ISIS captures the more it will be overstretched. It also needs to carry out governance duties and ensure the basic necessities of those within its territories are met. For the moment ISIS has utilised draconian measures to maintain social cohesion and it has created more conflict than it can handle with all the other rebel groups. It has also attracted the wrath of the US, which continues conducted air attacks, something ISIS has no answer to. Much of the strategic success of ISIS has been due to weakness of the Iraqi regime, the Syrian regime as well as the Kurdish peshmerga. It must, however, now face-off on various fronts against multiple enemies.