By Adnan Khan US president Barack Obama laid out his administration’s much awaited strategy in a national televised address on Wednesday 10 September.[1] Whilst this assumes his government had no strategy, America’s strategy has been taking shape against ISIS for some time. This can be seen from the fact that Obama only moved US troops when ISIS was a mere 40 Kilometres from the Kurdish capital city of Arbil in Northern Iraq. US policy makers...
15th September 20148 min 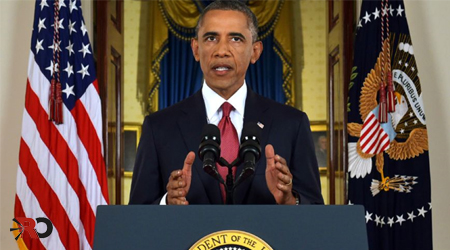 US president Barack Obama laid out his administration’s much awaited strategy in a national televised address on Wednesday 10 September.[1] Whilst this assumes his government had no strategy, America’s strategy has been taking shape against ISIS for some time. This can be seen from the fact that Obama only moved US troops when ISIS was a mere 40 Kilometres from the Kurdish capital city of Arbil in Northern Iraq. US policy makers concluded with the Iraqi central government giving up on taking back areas they had lost to ISIS[2] and with Kurdish forces on the verge of capitulation, air strikes were necessary. With a war weary public Obama is considered to have failed the country in foreign policy areas such as Syria. His speech was in reality a public relations exercise ahead of the November US midterm elections. Whilst Obama’s speech was aimed at his domestic audience, his government’s strategy on the Iraq crisis, ISIS and Syria revolves around four key areas.

Firstly, the US administration backed by its media and every hawk in congress has taken every opportunity to trash the Islamic concept of ‘Caliphate’ and undermine it in the minds of Muslims and non-Muslims alike. Every killing, incident, accident and massacre is the fault of ISIS, even before any facts can be verified. US politicians have gone to great lengths to create the hysteria that ISIS is the greatest threat to mankind,[3] which is spreading in the region and is planning attacks on the west, despite counter terror officials stating to the contrary.[4] The ideological battle in the region and around the world went into overdrive as US officials condemned the beheadings of two US journalists and violence against non-Muslims in Iraq. Despite serious question marks over the nature of ISIS governance, global media outlets have lined up to show Islamic rule as militant, violent and requires another western invasion in the region. This ideological battle against Muslims, looking for real change in the region is a continuation of US attempts to maintain its subjugation of the region and justify to its own population its long-term presence in the region.

Secondly, after a decade of war and with US troops suffering from war fatigue the US has for the moment deployed special operation forces (SOFs) and CIA officers to arm and direct Iraqi and Kurdish fighters against ISIS. The US embassy in Baghdad’s green zone directed attacks on Haditha and the strategic dam on the Euphrates River. The Successful Iraqi government operations against ISIS have been spearheaded by two highly trained US creations. The Iraqi special operations forces, the Golden Brigades, who received training in the US and Jordan led ferocious assaults at the Beiji refinery and spearheaded the successful effort to take back the Mosul Dam before handing control over to Kurdish peshmerga forces. In the North of Iraq American Special Forces commandos have been on the ground fighting, despite Obama saying no boots will be deployed on the ground. The Kurdish region shares a border stretching 600 miles with the Sunni areas of Iraq and these US units played a central role in reversing the ISIS attack on Arbil.[5] These Special Forces have also vetted and provided arms to Kurdish fighters sidestepping the central Baghdad government.[6] US officials are now highlighting the establishment of National Guard units that would be recruited locally and given the main security responsibilities in their home areas, similar to the Shahwah – Sunni awakening councils that drove al-Qaeda out in 2005.[7]

Thirdly, US airpower has played a critical role in bolstering both Iraqi and Kurdish ground forces. Under the guise of an humanitarian effort, US military aircraft began an aerial campaign directed at ISIS in northern Iraq. US Air Force transport planes carried out airdrops to besieged Yazidis in Sinjar Mountain and in the predominantly Shi’ah town of Amerli. US jets have also been transporting munitions and equipment to Kurdish forces. Alongside both transport and attack aircraft US heavy bombers have been conducting strikes against ISIS artillery, convoys and command posts. In both operations over the Mosul dam and Haditha dam, US aircrafts provided air cover to the Iraqi ground forces, which reversed the gains ISIS had made. US drones have also been undertaking reconnaissance roles gathering crucial intelligence on ISIS positions. This strategy helped break up concentrated ISIS forces. After Obama’s speech from the white House the Pentagon said US combat aircraft will soon start flying out of a base in Arbil, the capital of the autonomous Kurdish region in northern Iraq, as part of an expanded air campaign against the Islamic State.[8] US airpower will likely remain a critical component in America’s escalation in both Iraq and Syria, providing air support to Iraqi and Kurdish ground forces will aid the offensive to drive ISIS out from the territories they control.

Fourthly, the most critical component of America’s strategy is Iran, which has received very little attention in the global media. Both countries, despite their public statements to the contrary are reprising thir historical cooperative relationship. Whilst Iran’s Supreme leader recently made public statements approving co-operation with the US authorising his top commander to coordinate military operations with the US, Iraqi and Kurdish forces,[9] but both Iran and the US began working together as soon as ISIS took over Mosul. Hossein Amir-Abdollahian, Iran’s deputy foreign minister for Arab and African affairs and Jake Sullivan, adviser to US Vice President Joe Biden engaged in back-channel diplomacy in Oman after the Iraqi army collapsed in the face of the ISIS assault in July 2014. The US and Iran 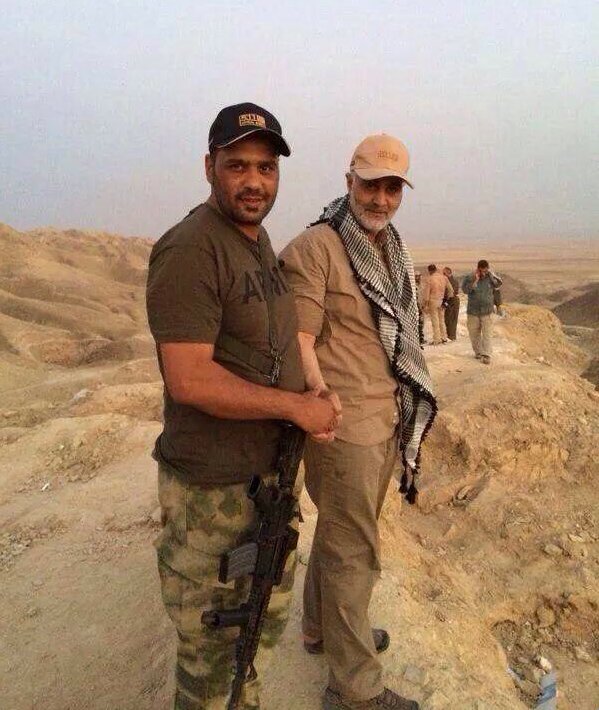 worked behind the scenes to replace former Iraqi Prime Minister Nouri al-Maliki, whom Washington and Tehran hold responsible for the political crisis in Iraq. However, it was the battle for Amerli where US-Iran cooperation made the tactical difference.  The extent of Iran’s involvement was captured in a photo of Maj. Gen. Qassem Suleimani, the head of the Islamic Revolutionary Guard Corps’ elite Quds Force, on the ground in the Iraqi town of Amerli following the successful effort to break an Islamic State siege of the town. Suleimani played a direct role in directing operations straight from the battlefield. Iraqi security forces, Shi’ah militias and Iranian operatives fought ISIS on the ground while US air power took out ISIS targets with airstrikes.[10] In line with the rapprochement between both countries Pentagon spokesman Col. Steve Warren confirmed: “We believe all countries, regardless of their differences, should work toward the goal of degrading and ultimately defeating ISIL.”[11]

America’s strategy has taken shape slowly and this has been interpreted by some as a lack of strategy. Whilst the US was confident both Iraqi and Kurdish forces would be able to halt the drive of ISIS to their respective areas, the US was forced to intervene, when both struggled with the mobility and aggressive tactics of the group.  The US like Bashar al-Assad in Syria stood by as ISIS fractured the rebel fighters who unified to take on the regimes in both Iraq and Syria, in the case of Syria al-Assad even stopped attacking ISIS captured towns as this benefited his position in the country.[12] Having now declared a Caliphate in Northern Syria stretching well into Iraq ISIS now represents a threat to the US constructed architecture in the region. Obama speech to the US public made it clear the US will enlist the help of numerous nations to roll back ISIS and maintain its dominance of the region. Ultimately, neither US air power nor Iraqi special operations forces will roll back ISIS, the US needs the Sunni population of Iraq turn against ISIS as was successfully done in 2005 through the awakening councils. Thus the real solution is political rather than military.

The Implications of Scottish Independence