By Adnan Khan The leaders of the UK’s three main political parties (Conservatives, Labour and Liberal Democrats) abandoned the countries weekly question time parliamentary debate to head to Scotland to campaign against independence, ahead of the referendum.[1] The value of the nation’s currency fell as opinion polls suggested the pro-UK campaign was losing its lead.[2] The United Kingdom, located in Northern Europe is a unitary state between Scotland, England, Wales and Northern Ireland. Under...
10th September 20147 min 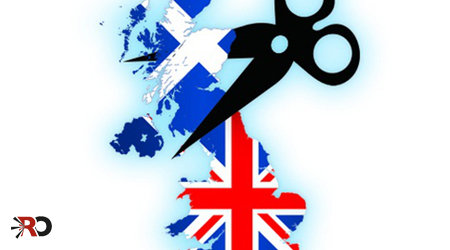 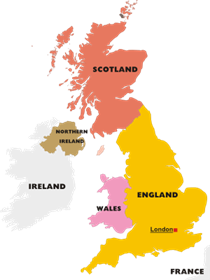 The leaders of the UK’s three main political parties (Conservatives, Labour and Liberal Democrats) abandoned the countries weekly question time parliamentary debate to head to Scotland to campaign against independence, ahead of the referendum.[1] The value of the nation’s currency fell as opinion polls suggested the pro-UK campaign was losing its lead.[2] The United Kingdom, located in Northern Europe is a unitary state between Scotland, England, Wales and Northern Ireland. Under a constitutional monarchy the country has a Parliamentary government, with significant powers devolved to regional government or executive, led by a First Minister. In 2012, after the call for independence grew and the success of the Scottish National Party (SNP) in the national election the UK and Scottish   governments signed the Edinburgh Agreement setting out the terms for a referendum on Scottish independence, which will take place on 18th September 2014. Whilst Scotland makes up a mere 7.7% of the UK economy and constitutes only 8% of the UK’s population the outcome of the referendum will have serious implications far beyond the British Isles and this can be seen from four areas.

Firstly, one of the main reasons Scotland wants to go it alone is economic. Whilst wars between Catholics and Protestants were a regular feature of the British Isles the Union between the England and Scotland in 1707 was due primarily to the failure in 1700 by Scottish noblemen to launch a trading empire to rival England’s East India Company in Panama. Crippled by poor supplies and illness, Scotland’s noblemen lost some £400,000 – half of Scotland’s available capital. Desperately needing access to England’s growing wealth, Scotland’s noblemen decided future prosperity was best served by a union with England. Whilst Scotland got access to the British Empires colonial markets, Britain’s decline as a global power and then shift away from industry in the 1980’s had an adverse affect on Scotland. The decline of major industries such as coal, steel and shipbuilding has left serious problems of deprivation in many urban areas of Scotland. A 2014 report highlighted nearly 1 million of Scotland’s 5 million population was living in poverty.[3]  Whilst much of the UK Midlands and Northern areas still suffer from the effects of deindustrialization, for many Scots the union is no longer working for them as the UK’s economic engine has moved to London and the South East of the country. So much so that today the richest 10% of the countries population own 50% of the country’s wealth.[4]

Secondly, successive governments in the UK attempted to deal with this economic maldistribution by devolving power. This has been a trend across Europe to counter calls for secession. The European sovereign debt crisis, which continues to plague Europe, has only led to further calls by various regions to secede from their unions. In November 2014 Catalonia, with Barcelona as its economic hub will have a referendum to secede from the unitary state of Spain. Catalan nationalism has been exacerbated by the European economic crisis, with Catalonians believing the deficit driven economic policies of the Madrid government are failing them and they would prefer to go it alone. The discovery of oil in the North Sea off the British Isles turned Scotland into the EU’s largest oil producer and is one of the key arguments for an independent Scotland. The UK like many of its European counterparts implemented strict austerity against their populace as they bailed out their banks, but smaller regions believe they can do better economically if they are independent than as a region of a larger state. The ability to tailor economic policies closely to their own needs can give a small country a better chance of success than the one-size-fits-all strategies of a larger state. Earlier this year Venice and its surrounding areas held a non-binding online referendum on independence from Italy. The result even shocked the most ardent supporters of independence, 89% voted Yes![5]

Thirdly, If the Scots vote to secede from the UK then it is very likely it will open Pandora’s Box in Europe of multiple succession movements looking to secede from nations they have never wanted to be part of. Whilst Catalonian and Scottish secession has been driven by economics, many movements across Europe based on ethno-sectarian lines have for long wanted for independence, often using violent means. If a 300 year old union can be revised, then anything can be revised, then why shouldn’t others in Europe enjoy the same right? Italy has long been divided on a north-south axis due historical developmental differences. The northern regions are some of the richest of Europe and represent Italy’s financial and industrial center. The south has traditionally been agriculture-based and ignored by the north in terms of infrastructure and investment. Due to this numerous separatist movements have emerged in Italy. Similarly modern Belgium was

created in 1830 essentially as a buffer state between Europe’s super powers France, Germany and the UK. As a result, the country is inherently fractured and consists of three highly distinct communities: Wallonia, in the south, is mainly French-speaking and has historical ties with France. The Flemish-speaking communities in the northern region of Flanders share historical ties with the Netherlands. A small German-speaking community lives in the east near the German border. A Scottish Yes vote will in all likelihood give credibility to independence calls across the continent.

Fourthly, if the Scots do gain independence then serious questions will be asked of the European Union project. Historically the wars that ravaged Europe needed a solution and this was where a union in Europe first emerged. It was believed Europe could overcome nationalism through creating a structure in which Europe act as a union of states. In 1950 French Foreign Minister Robert Schuman proposed the European Coal and Steel Community, a community to integrate the coal and steel industries of Europe – two elements necessary to make weapons for war. This set in motion six decades of integration within Europe. The assumption was that whoever wanted to join, they cede national sovereignty to institutions within the EU managed by technocrats. The EU project is all about uniting the continent, rather than nations separating and gaining independence. The economic crisis has brought to the surface the fracture deep within Europe – that of nationalism. Whilst Greece has been forced to surrender its country to the whims of the EU, the secession of Scotland from the United Kingdom will open the door to others seeking secession as a solution to their problems thus reversing the aims of the European Union project.

The Scottish referendum will take place at a time when Europe remains mired in crisis. Whilst the European crisis has been blamed on the peripheral economies like Greece and Ireland, ultimately economically stronger and politically more powerful economies dominate Europe parasitically exploiting the weaker members. This is why Euro-scepticism is at an all-time high and why many regions want to go it alone. For England, Scottish secession will raise some serious strategic issues. Scottish independence would bring into question English dominance of the British Isles and the immediate seas around the UK. England achieved this by keeping Wales and Scotland politically and economically connected to London. As a part of this strategy, London allowed Scotland to have varying degrees of autonomy over time so as not to breed resentment. The rest of Europe is following the Scottish referendum closely because it could become the smoking gun for other regions seeking independence.

“It's best not to mess with us”