By Bilal Khan In citing the occurrence of electoral rigging during the May 2013 elections (won by Nawaz Sharif), Imran Khan and a coalition consisting of his party, Tehreek-e-Insaaf (PTI), and Tahir ul-Qadri is leading a now month-long protest against the federal government in the country’s capital, Islamabad. Although Imran Khan did not succeed in gathering his goal of a million Pakistanis, he did generate enough momentum to cause some political unrest.[1] As it stands...
27th August 20146 min 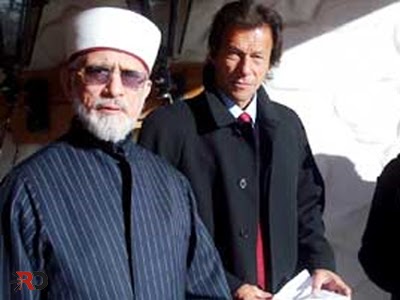 In citing the occurrence of electoral rigging during the May 2013 elections (won by Nawaz Sharif), Imran Khan and a 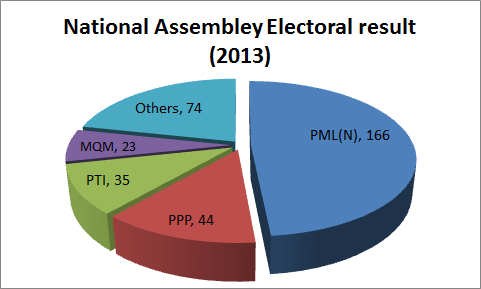 coalition consisting of his party, Tehreek-e-Insaaf (PTI), and Tahir ul-Qadri is leading a now month-long protest against the federal government in the country’s capital, Islamabad. Although Imran Khan did not succeed in gathering his goal of a million Pakistanis, he did generate enough momentum to cause some political unrest.[1] As it stands however, it does not seem like Nawaz Sharif will cater to Khan’s demand for a resignation nor fresh elections under a reformed electoral process.[2] For reference, Nawaz Sharif and the PML-N won by a landslide with 166 out of the 342 seats in the National Assembly. His victory was also the first instance of an electoral transfer of power in Pakistan’s history.

One of the oft-cited misperceptions about Pakistan’s current political realities is the apparent ‘retreat’ of the Army leadership from power. This could not be further from the truth. While the Army leadership did step away from assuming formal power (as was the case under past dictators), it is still the decisive political agent within the country. One need only reflect on the North Waziristan Campaign. Despite Nawaz’s promises for talks and attempts at engaging the Taliban (though half-hearted), the military engaged in regular air strikes and other attacks on the Taliban, thereby signalling its disregard for civilian authority. Secondly, the core strategic objectives of the North Waziristan Campaign, i.e. to completely scuttle the Taliban (of all affiliations, Pakistani or otherwise) were devised by the Army leadership.[3] If Nawaz Sharif was truly in power, then what business does the Army leadership have in deciding the fate of the Taliban during the period of Nawaz’s so-called negotiations?

With the Army leadership’s influence in mind, it should be no surprise that it is playing a relatively major role in trying to diffuse the current unrest. For example, Raheel Sharif has openly called upon the coalition and the government to negotiate a settlement.[4] Considering the Army’s supposed retreat from politics, its leadership issuing direct statements is interesting. Of course, despite allowing the protests to occur (e.g. the Army made it easier for the protestors to encroach on parliament by removing the barriers around the area’s Red Zone[5]), it may be uneasy about the rising instability.

Thus far, the bulk of the Army’s actions have been for the benefit of the US and the latter’s effort to cement a permanent presence in the region. Besides doing away with the Taliban in general (not just those targeting Pakistan), the current operations in Waziristan are taking a toll on the country’s economy and the military’s budget (i.e. taking away from programs focused on external threats, such as India). The unfolding situation surrounding the internally displaced persons (IDP) or homegrown refugees resulting from the campaign is another crisis, though it has taken a back-seat, thanks in no small part to the political unrest in Islamabad. Nonetheless, political instability is a risk for the Army leadership, and by extension, Washington.

America’s interference in the unrest is noteworthy. Despite supporting Sisi’s coup in Egypt, the US Ambassador to Pakistan, Richard Olson, demanded that Nawaz Sharif’s government not be removed by extra-constitutional means (which in this case is opposition protests). The timing could not have benefitted Imran Khan better, who in turn responded by saying, “You like only those governments in Muslim countries that are your slaves.”[6] Although the statement did serve as ‘political ammunition’ for Imran Khan, one must take note of Washington’s willingness to brazenly interfere in Pakistan’s domestic issues (in support of Nawaz or otherwise).

As for Imran Khan, the momentum driving him and Tahir ul-Qadri is the people’s general dissatisfaction with the status-quo. In fact, the reality that the call for removing the government in such a manner is this popular, even though it is considered unconstitutional, is telling. In essence, the Pakistani people want real change, and they are willing to see it through using means that are not afforded to them by the constitution. However, the goal of the coalition is not to instigate fundamental change, i.e. change the system, but to merely remove Nawaz Sharif and the PML-N from power.

Even if by some longshot Imran Khan’s demands were accepted and he is able to win in renewed elections, he will not wield absolute authority on all matters of policy, the Army leadership will limit him, thus continuing the current ineffectual governing system. If at any moment Imran Khan is deemed a threat to this arrangement, he would not be allowed to wield any substantive power. However, if at any stage of this unrest attention were to steer towards the Army’s silent hold on power, then the situation in Pakistan could unravel greatly. Putting a damper on the current unrest will be necessary in order to mitigate that risk, hence the Raheel Sharif’s call for calm.

US Forces Head Back to Iraq

“It's best not to mess with us”