By Adnan Khan After more than a decade of war in Iraq,  the Pentagon announced August 8, that the US military launched a series of airstrikes in northern Iraq and some military troops would be returning back to the country.[1] Ever since the announcement by ISIS in late July on its establishment of the Caliphate, America’s actions and statements have been inconsistent and contradictory. The initial fall of Mosul and capitulation of the US trained...
16th August 20146 min 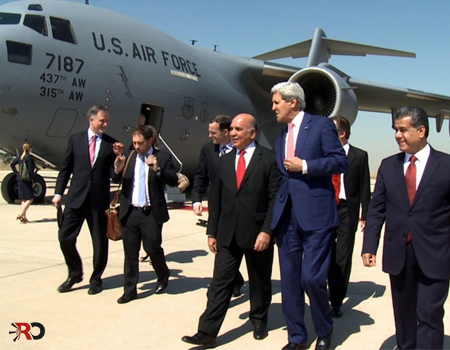 After more than a decade of war in Iraq,  the Pentagon announced August 8, that the US military launched a series of airstrikes in northern Iraq and some military troops would be returning back to the country.[1] Ever since the announcement by ISIS in late July on its establishment of the Caliphate, America’s actions and statements have been inconsistent and contradictory. The initial fall of Mosul and capitulation of the US trained Iraqi army led to just tentative statements by US officials. As ISIS forces marched towards Baghdad and expanded their ‘Islamic State,’ US officials constantly ruled out ‘US boots on the ground.’[2] In August ISIS began launching attacks on northern Kurdish areas of Iraq and advanced to within 40 kilometres from the Kurdish capital of Erbil.[3] At this point US president Barack Obama authorized airstrikes, justifying this on a humanitarian basis to break the siege of Mount Sinjar.[4]  Then US defence secretary Chuck Hagel announced another 130 US troops had been deployed in Iraq, despite US special operations troops stating a US led evacuation was not needed as the people touted to be saved were ‘better than believed.’[5] In order to understand why US statements and actions have been so inconsistent there are four issues that need to be clarified.

Firstly, the Bush administration planned from the outset t 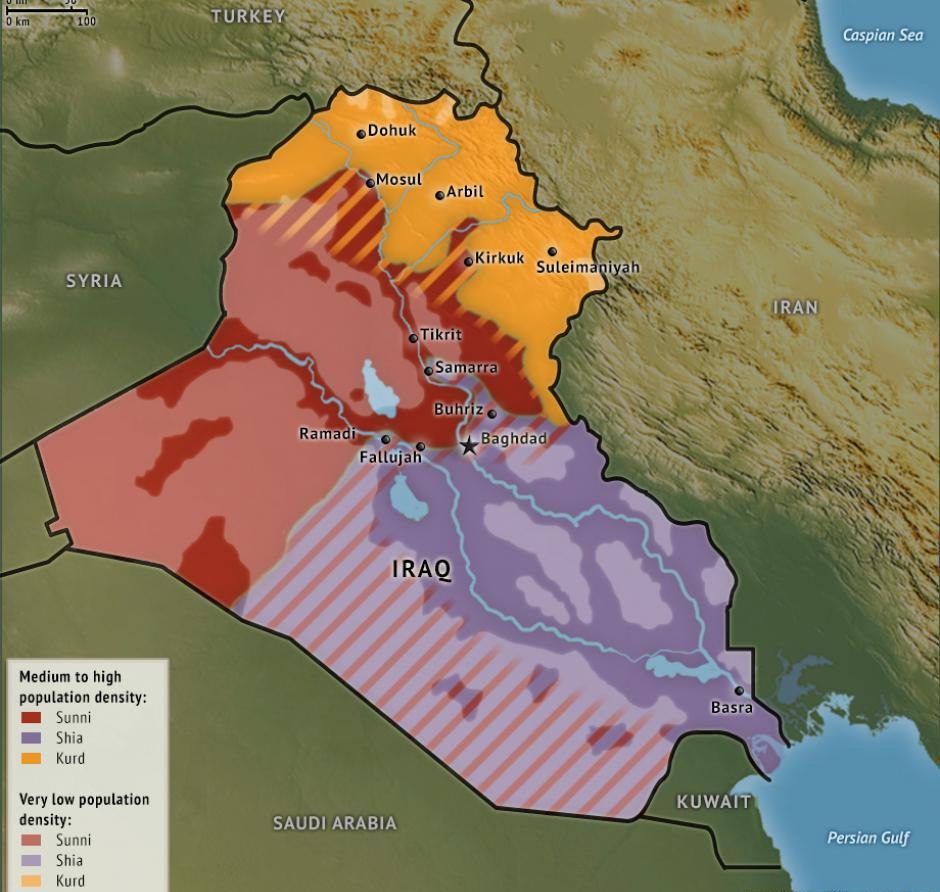 o dominate Iraq by pursuing the de facto ethnic partition of the country into three autonomous, ethnically divided territories of Sunni, Shi’ah and Kurd respectively. Even prior to the 2003 invasion US policy makers for long saw the division of Iraq as the best way to weaken and control the country. A number of rightwing politicians in the 1990’s advocated the division of Iraq, many of these avid Neocons went on to take position in George W Bush’s government.[6] This division of Iraq became even more important when an insurgency led by a coordinated Shi’ah-Sunni axis nearly brought the coalition troops to its knees. America’s occupational authority led by Paul Bremmer established a constitution that recognized the ethnic differences and divided the country into three federal regions. Significant power was transferred away from the central government to the federal authorities and in this way the US successfully divided the insurgency and eventually defeated it. For the US dividing Iraq rather than unifying it is its central strategy of maintaining dominance over the country. 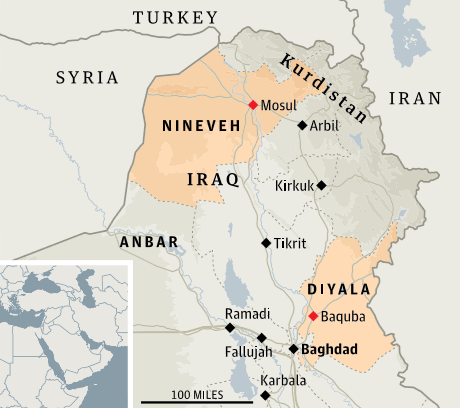 Secondly, the ISIS declaration of an Islamic State in the North-East provinces of Iraq, which are largely Sunni areas, never threatened America’s division of Iraq. As ISIS expanded its authority from Mosul to other Sunni towns statements from US officials floated around the US ‘monitoring the situation.’ ISIS then turned its attention to the Baghdad government and despite the capitulation of the Iraqi forces in the North of the country, the US was confident the more capable forces in Baghdad, would fend of any attempts from ISIS. The maths was simple. The Iraqi army had 250,000 troops, its enemy, ISIS, had somewhere around 7,000. The Iraqi army had tanks, planes, and American training. ISIS had never fielded a tank or a plane. However a corrupt and incompetent army, supplemented by Shi’ah volunteers failed to stem the advances of ISIS forces who though smaller in number were more mobile and thus able to attack weaker points of the Baghdad government forces and withdraw in the face of overwhelming odds when needed. By the end of July a combination of desertions, casualties and loss of equipment crippled the regular Iraqi military and Iraqi officials conceded they had essentially given up on the north of the country to ISIS.[7]

Thirdly, with the Iraqi army and volunteers failing to quell the ISIS advance the US intervened. Under the guise of securing the US embassy and Baghdad airport a US official told CNN: ISIS militants have “continued to pose a legitimate threat to Baghdad and its environs, we have seen them reinforce themselves around Baghdad enough to convince us more troops was the prudent thing to do.”[8] Pentagon spokesman Rear Adm. John Kirby highlighted the deployment included “a detachment of helicopters and unmanned aerial vehicles, which will bolster airfield and travel route security.” The 300 troops were in addition to 300 US advisers sent earlier, which brought the total of American forces in Iraq to about 800 troops. By the end of July ISIS forces gave up on their advance to Baghdad, sensing the increasing US military build-up they turned their attention towards the Northern Kurdish areas.

Fourthly, the Kurdish Peshmerga forces turned out to be more incompetent than the Iraqi regular army. ISIS forces in a matter of days and with considerable ease defeated the Kurdish Peshmerga forces, seizing several towns in northern Iraq, the Mosul Dam, and were a mere 40 Kilometers from Erbil, the capital of the Kurdistan Regional Government (KRG). ISIS using US weapons looted from Iraqi bases[9] was able to successfully attack the weak points of a 1,500km long frontier Peshmerga forces were defending, whilst being stretched thin. The Peshmerga are primarily a light infantry force with only small numbers of tanks, artillery pieces and armored vehicles, which are mostly old systems captured from the Iraqi military during the 1970s and ‘80s. The US, sensing the potential capitulation of the Kurdish government intervened to maintain the architecture it created. On 8 August 2014, the US conducted airstrikes, which were directed to stop the advancement of ISIS into Erbil. F-18 fighter jets dropped laser-guided bombs on mobile artillery units in Northern Iraq. Strikes continued in subsequent days both around Sinjar (west of Mosul) and near Erbil (east of Mosul).

Terms such as genocide and humanitarian intervention are once again making headlines, much similar to the original case for invading Iraq. The US and its allies have stood and watched as the slaughter in Syria has continued and no humanitarian intervention has been forthcoming. Many of the atrocities conducted by ISIS in Syria have not got as much as a condemnation by US officials. The contradictory and inconsistent statements and actions from the US are because the US chooses which humanitarian issue to respond to rather than intervening on all of them. This indicates that it is US national interests rather than anything else that motivates it to act. In the case of Iraq the US watched in horror as the Iraq central government was imploding and as the Kurdish regional government was capitulating. Any force that unites Iraq or goes beyond the division the US has created, threatens US interests in the country as the US views the countries division as the way to control it and this is reason the US has been forced to act.

America is the New ‘Sick man’