By Arif Samad In June 2014 various US banks announced that America’s total debt has reached $60 trillion![1] This level of debt is more than the value of goods and services produced by all the countries in the world put together. That amounts to over $170,000 debt for every man, woman and child in the US today. One of the more serious implications of this enormous debt is that the American state frequently shuts down...
31st July 20145 min 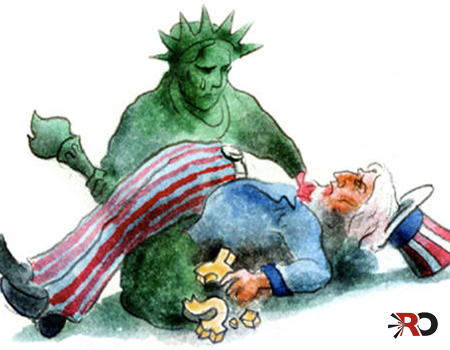 In June 2014 various US banks announced that America’s total debt has reached $60 trillion![1] This level of debt is more than the value of goods and services produced by all the countries in the world put together. That amounts to over $170,000 debt for every man, woman and child in the US today. One of the more serious implications of this enormous debt is that the American state frequently shuts down government activities upon reaching an ever rising debt ceiling forcing teachers, doctors and other state employee to go unpaid crippling key public services. Unless the US is able to reign in its indebtedness, a rival economic power with a major alternative world currency will, perhaps sooner than most estimate, undermine the dollar’s reserve currency status and with it the US’s economic standing.

In understanding how the US got into this precarious indebtedness it is important to start by looking at Government debt because the Government sets the policies and standards by which other agents in society – consumers and business – interact. The US Government could not have set a worse example in debt management. In the last three decades Federal Government debt has exploded from $658 billion in 1979 to $12.6 trillion in the first quarter of 2014[2] – that’s nearly a 20-fold or 1811% increase. Add to this, debt held by state and local governments and total debt held by the US and its agencies stood at $15.5 trillion in Q1 2014 up from $980 billion in 1979.[3] Total Government debt is therefore in excess of 90% of US GDP. With such a huge stock of debt is it little wonder that the US Government has to borrow to meet just the interest payments.

When the Government borrows such irresponsibly it can hardly blame US households for living beyond their means.  US household debt has climbed from $1.3 trillion in 1979 to $13.2 trillion in Q1 2014, an increase of nearly 1000%.[4] Of this US household debt, 70% are mortgages, responsible for the subprime initiated financial crisis inf 2008. That crisis exposed reckless lending of the financial sector that was systemic. So deep and ingrained in the working practices of finance was such defunct lending arrangements that had Governments around the world not propped up financial institutions with unlimited liquidity (bailouts and stimulus) and state guarantees the whole financial system was on the verge of collapse. These Government interventions however added to the already colossal debt on the Government’s balance sheet. 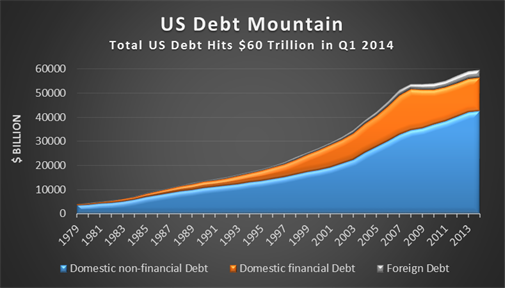 This debt merry-go-round has meant that businesses debt has increased from $1.3 trillion in 1979 to $13.9 trillion in Q1 2014, an increase of 930%.[5] Corporations have borrowed heavily to expand activity in order to meet the artificially inflated demand, fuelled by borrowed moneys, from consumers and Governments. This vicious circle of debt has created a false economy. Plush corporate head offices, multi-million dollar skyscrapers, decadent corporate life styles, banking and financial empires all portray an image of an economically successful America, yet the reality is that all this apparent opulence conceals a mountain of debt beneath the glossy surface.

The biggest problem with debt is that it is self-perpetuating. Compound interest on debt ensures ever bigger debt is automatically generated, and if the debtor were to ever fall behind on repayments the principal or initial amount borrowed will soon become a fraction of the eventual debt owed. When the debt of the various economic agents in the economy is added together, the almost exponential increase in US debt is explicable (see chart), though unjustifiable. This is the unsustainable nature of debt in the capitalist economic system and could not be exemplified more vividly than in the example of the US in recent decades – although the US is by no means unique. Indeed, this is the underlying basis of the western world’s debt fuelled economic growth model – a model that, as a result of the debt, came to near collapse in 2008 with the liquidity crunch and financial crisis. With debt levels higher than in 2008 and rising and with US economic growth stalled another crisis, perhaps deeper and longer than the last, is not only possible but probable.

The term ‘Sick man’ was coined to describe the declining situation of the Ottoman Khilafah by Tsar Nicholas I of Russia in 1853. The Ottoman territories were being swallowed by rival world powers and increasingly falling under the financial control of the European powers. The Ottoman Khilafah, who for nearly three hundred years dominated the European geopolitical scene fell heavily into debt, Nicholas I of Russia described the Uthmani Khilafah as: ‘a sick man – a very sick man, a man who has fallen into a state of decrepitude, or a sick man … gravely ill.’ The economic situation, was an indicator that the Ottoman’s were in decline. Today the US is showing all the hallmarks of that described the Ottoman’s. the US every year issues new debt to repay old debt, the US has been forced to go through sequestration (budget reduction) in its military as it cannot afford to fund its global operations. The US would be in a relatively weak position if any of the exiting nations in the world or the emergence of a new nation were to challenge the global balance of power.

US Forces Head Back to Iraq 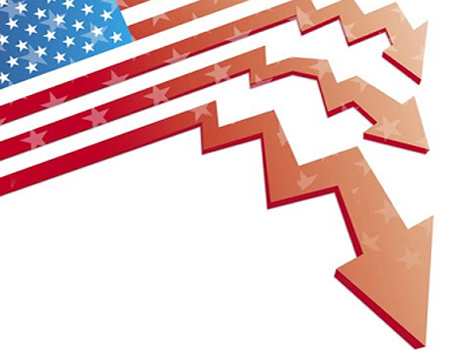