By Adnan Khan Israel’s ground incursion into Gaza has almost become a constant feature in recent years. Despite ten days of aerial strikes and two ceasefires which Hamas never agreed to,[1] Israeli forces have now launched a ground invasion; however it remains to be seen if Israel can stem the rocket attacks that originate from the Gaza strip. Israel is once again attempting to unilaterally determine the political reality in the region and this raises...
21st July 20148 min 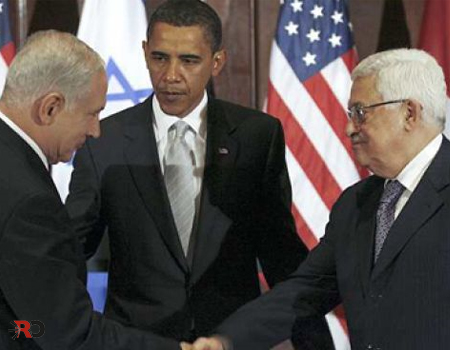 Israel’s ground incursion into Gaza has almost become a constant feature in recent years. Despite ten days of aerial strikes and two ceasefires which Hamas never agreed to,[1] Israeli forces have now launched a ground invasion; however it remains to be seen if Israel can stem the rocket attacks that originate from the Gaza strip. Israel is once again attempting to unilaterally determine the political reality in the region and this raises the question of the Palestinian issue. At the centre of the current stand-off and every previous flare-up are Israel’s attempts to permanently exist as an entity, accepted by the region and the world. On the other hand those who were expelled from their homes and became refugees in the surrounding nations who continue in their struggle. In this RO article we analyse the various players who have a stake in the issue that collectively is known as the ‘Palestinian issue.’

Firstly, the origins of the Palestinian issue lay in the founding of political Zionism, a movement which sought to establish a Jewish state, by elevating the Jewish question onto the international scene. In 1896, Theodore Herzl, the founder of the Zionist movement published Der Judenstaat (The Jewish State), offering his vision of a future state. Ever since the establishment of the Zionist movement, the Jews aimed to achieve economic and political dominion over the Middle East. The then super power – the British Empire, declared its support for a Jewish homeland in the infamous Balfour declaration in 1917.[2] For Britain this would allow the Jews to leave Europe once and for all to another region – Anti-Semitism was ripe in Europe at the time. Britain however saw the opportunity to fulfill its strategic interests through the plight of the Jews. British Prime Minister Henry Bannerman highlighted in 1906: “There are people (the Muslims) who control spacious territories teeming with manifest and hidden resources. They dominate the intersections of world routes……… if, per chance, this nation were to be unified into one state; it would then take the fate of the world into its hands and would separate Europe from the rest of the world. Taking these considerations seriously, a foreign body should be planted in the heart of this nation to prevent the convergence of its wings in such a way that it could exhaust its powers in never-ending wars. It could also serve as a springboard for the West to gain its coveted objects.”[3] In 1917 in the middle of World War One when Britain’s General Allenby walked into Palestine in order to occupy it, Britain had already predetermined with France to carve up the region, thus the creation of a Zionist entity was central to Britain’s attempts to divide and carve up the Middle East.

Secondly, from 1900 until its creation in 1947, Jews mainly from Europe migrated in large numbers to Palestine and after confiscating land from the inhabitants and expelling them, the state of Israel was created. However, Israel has a major lack of strategic depth – the country has less than 21,000 km2 of land and is surrounded by Muslim nations; for example Egypt, the largest country in the region, has a population eleven times the size of Israel. Due to this Israel faces, until today, an existential threat from the surrounding states. The basic challenge that Israel faces is that its national security requirements outstrip its military and economic capabilities, making it dependent on an outside power. Israel has worked to normalize its presence in the region through protecting US interests, which has made it an important ally of the US. Israel has also worked to normalize its presence through building settlements and unilaterally expanding Israel and expelling Muslims in order to gain the security that the country desires. They have also taken an aggressive posture in the region in order to deter and deal a fatal blow to all the Muslim regimes in the region. Israel occupies more or less all of Palestine and has stood against an independent Palestinian state.

Thirdly, for the US, Israel plays an important role in protecting its interests in the region by establishing a balance of power against countries such as Iran, Egypt and Saudi Arabia. It was the late Republican Senator Jesse Helms who called Israel “America’s aircraft carrier in the Middle East” when explaining why the United States viewed Israel as such a strategic ally, saying that the military foothold in the region offered by the Jewish State alone justified the military aid that the US grants Israel every year.[4] The US, however, views Israel as a tool in the region and rejects the idea of  sharing influence with her in the region. America has remained committed to securing Israel, guaranteeing her security and ensuring a prosperous standard of living for the Jews there. However, she refuses to allow Israel to share the influence with her. The establishment of a Palestinian state is to act as an instrument of containment, by establishing permanent borders for Israel. This is why it was the US in the 1950’s who proposed the ideas of the two state solutions and has now established it as the only viable solution for the region. Successive US administrations have however  been preoccupied with other more pressing issues and have not pressed ahead with this plan. Obama has been more focused on Afghanistan, whilst Bush before him was bogged down with the Iraq war. While the US and Israel appear to be in agreement over the region, the US does not have permanent allies and enemies and the rapprochement with Iran highlights this.

Fourthly, the Muslim rulers, before the creation of Israel, supported a Zionist state and after 1947 never made any serious attempts to reverse the creation of Israel. This eventually gave way to the normalization of ties between the key nations in the region, which gave Israel the much needed security it wanted. Eventually individual groups took up armed struggles against Israel as Egypt, Jordan and Syria established diplomatic ties with Israel. The 1979 peace treaty with Egypt effectively took the large Egyptian force out of the security equation. Despite Israel constantly highlighting the threat posed by Syria’s Bashar and Hafiz al-Assad before him, they never demanded the return of the Golan Heights and this Eastern frontier has been Israel’s most secure border. The uprising in Syria saw a barrage of support by Israeli officials on the need for Assad to remain in power.[5] Without the support of these nations in the region, who have large populations, land space and armies, Israel would never have survived in the region.

Fifthly, the abandonment of Palestine by the surrounding Arab armies led to non-state actors to take up armed struggle against Israel. The movement for the National Liberation of Palestine (this later became the Palestinian Liberation Organisation) was formed, led by Fatah. Fatah carried out numerous raids against Israel directly, but soon realised that these raids were ineffective in achieving anything without the support of the armies from at least one of the major Arab countries. Unable to impose any type of settlement on the Palestinian issue, the PLO compromised and gave up more and more land in the hope of getting a Palestinian state. In 1993 in a Letter from Arafat to Yitzhak Rabin, the Prime Minister of Israel, Arafat said: “The PLO recognises the right of the State of Israel to exist in peace and security. The PLO commits itself to the Middle East peace process, and to a peaceful resolution of the conflict through negotiations. The PLO considers that the signing of the Declaration of Principles constitutes a historic event, inaugurating a new epoch of peaceful coexistence, free from violence and all other acts which endanger peace and stability.”[6] The PLO in reality strengthened Israel by entering into negotiations and compromising with everything that it stood for.

At the heart of the current flare-up is the central issue of Israel’s occupation of Palestine and its slow motion expulsion of the indigenous people. Despite the propaganda that fills the world’s media on the issue at its heart there is no conflict between Jews and Muslims but between the indigenous people of Palestine who have been displaced by a usurper, who continues in its struggle to normalize its occupation. The West created the problem in the Middle East in order to protect its interests and they have then rushed to solve it by putting forward policies that will enshrine their presence. Whilst Syria, Egypt and Jordan gave up the people of Palestine a long time ago it is the presence of foreign nation that complicates the issue but until Israel’s occupation is reversed or the Muslims are driven out of Palestine by Israel, the Palestinian issue will remain one of the world’s major international issues.

Will Gaza be Israel’s Iraq?

America is the New ‘Sick man’