By Adnan Khan The kidnapping and eventual deaths of three Israeli teenagers[1] led to the Israeli government to call upon its reserves in order to launch an invasion of the Gaza Strip.[2] Israel has named this operation “Operation Protective Edge.” Israeli officials have gone to great lengths to highlight the operation is the beginning of a lengthy offensive against Palestinian militants. Israel was forced in the last Gaza flare-up in 2012, named – Operation Pillar...
11th July 20145 min 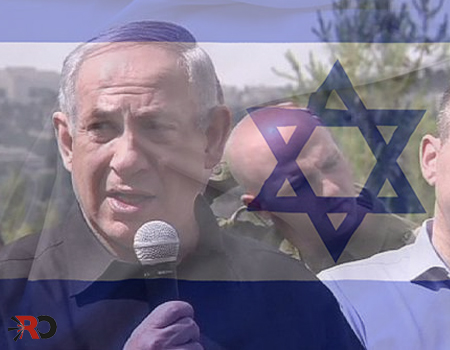 The kidnapping and eventual deaths of three Israeli teenagers[1] led to the Israeli government to call upon its reserves in order to launch an invasion of the Gaza Strip.[2] Israel has named this operation “Operation Protective Edge.” Israeli officials have gone to great lengths to highlight the operation is the beginning of a lengthy offensive against Palestinian militants. Israel was forced in the last Gaza flare-up in 2012, named – Operation Pillar of Defence – to seek a humiliating truce with Hamas as rockets were reaching Israel’s key cities including Tel Aviv. Whilst Israel will use this current flare-up as cover to maintain its balance of power and achieve what it failed to do in 2012, Israel’s military-security doctrine suffers from a stark reality which no amount of military development, incursions and collective punishment will change. This can be seen from five perspectives.

Firstly, despite Israel’s aggressive posture and grand statements about its right to defend itself, the countries geography and demography works against it. As a country with less than 21,000 km2 of land, smaller than Wales in the United Kingdom, Israel lacks strategic depth. At its narrowest, Israel is a mere 10 km wide. A hostile fighter could fly across all of Israel (40 nautical miles wide from the Jordan River to the Mediterranean Sea) within four minutes. Israel is surrounded by Muslim nations. Egypt the largest country in the region and with a population 11 times the size of Israel can field a military that will outnumber Israel. This means Egypt can absorb casualties at a far higher rate than Israel. This would mean the Egyptian military can engage in an extended, high-intensity battle that would break the back of the Israeli military with a rate of attrition that Israel cannot sustain. If Israel was forced to simultaneously engage with the other countries it shares borders with, dividing its forces and supply lines it will run out of troops long before Egypt, even if Egypt were absorbing far more casualties.

Secondly, Israel is also small in terms of its demography. Its population is around 8 million people. In comparison, there are 22 million people in Syria and 80 million in Egypt. Unable to field a large army compared to others in the region, due to its small population, Israel must rely on its reserves. Israel’s small population also increases its sensitivity to civilian and military losses. Losing just one war can mean the end of the country and thus ever since 1947 Israel faces an existential survival from the surrounding states as well as non-state actors. The basic challenge of Israel is its national security requirements outstrip its military capabilities, making it dependent on an outside power.

Thirdly, Israel’s economy has been constructed to deal with its precarious situation. Israel has an extremely small population, too small for government to collect sufficient taxes to fund a large industrial base. As a result Israel has focused on key industries for its survival. This means many industries such as mining and manufacturing have been neglected. To compensate for this Israel relies on technology, military and foreign aid transfers. It also relies on influential Jews across the world, especially in the US to influence foreign policies of these states in favour of Israel. Israel has a heavy dependency on the goodwill of other states. If it was to lose favour it is too small a country to be self-sufficient

Fourthly, these realities makes investment in military platforms is prohibitively expensive because of the huge investment required to keep a leading position in those areas. Israel is also limited in purchasing platforms from abroad, due to costs, even though it has consistently found foreign patrons to its cause, politicians from its inception have found that defence sales have come with strings attached. At the same time Israel faces a formidable threat from its neighbors, this quantitative imbalance has been dealt with through the development of an industrial base that maintains an asymmetrical Qualitative Military Edge (QME). Knowing it cannot compete with the region on quantity Israel has focused on maintaining fewer but qualitatively more advanced platforms. Israel’s endless struggle will remain in having a qualitative advantage over its neighbours, something its economy has no capability to fund. If Egypt or Syria were to go through rearmament they would bankrupt Israel.

Fifthly, Israel’s aggressive posture is really a deterrent to halt the surrounding nations from ever contemplating an invasion – something the rulers continue to abide by. Israel lacks the strategic depth for a long intensity battle and aside from its air force has no power projection capabilities. Israel has invested heavily in the Israeli Air Force (IAF) as its main firepower. In 1953, Prime Minister David Ben-Gurion laid this out: “Dominance in the air, more than any other factor, will ensure us victory, and vice versa.”[3] The emphasis was on quality for survivability in the Middle East and that dictated an advanced strike force.

Israel faces a precarious military reality, which no amount of military development can change. Despite receiving significant US funds and military equipment it has failed to change the fact that it is outnumbered and surrounded. Hamas and Hizbullah have exposed Israel’s Achilles heel on numerous occasions despite the fact that surrounding nations have large conventional armies. Israel’s attempts at developing indigenous platforms have failed on most occasions as it lacks the economy to fund such large projects. This is why it has come to rely on US hand outs and partnerships in developing state of the art military  platforms. Despite possessing some capability, in a region where Israel is alone, without external help Israel would not have survived. This is the reason why Israel will always need to conduct regular raids as its weakness forces it to create a deterrent powerful enough to render any attack or possible invasion not worthwhile by the surrounding Muslim nations.

Will Gaza be Israel’s Iraq?