By Adnan Khan As presidential elections take place in Egypt the country’s military and the US administration are counting on stability to return back to the most populous and politically the most important country in the Middle East. There can be little doubt over former Egyptian military chief Field Marshal Abdel Fattah al-Sisi’s victory, the first election since the July 2013 coup that ousted the country’s first elected president, Muhammed Morsi. The Muslim Brotherhood (MB)...
27th May 20146 min 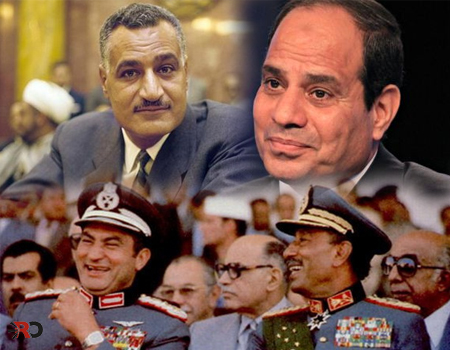 As presidential elections take place in Egypt the country’s military and the US administration are counting on stability to return back to the most populous and politically the most important country in the Middle East. There can be little doubt over former Egyptian military chief Field Marshal Abdel Fattah al-Sisi’s victory, the first election since the July 2013 coup that ousted the country’s first elected president, Muhammed Morsi. The Muslim Brotherhood (MB) and Muhummed Morsi’s biggest failure was in their inability to bring political stability to the country. This was despite Morsi agreeing to abide by all previous treaties, including maintaining ties with Israel.[1] The Egyptian military and the US is counting on al-Sisi’s presidency to bring political stability to the country, and through this stability, preserve the military’s privileged position and US interests in the region. However, al-Sisi faces numerous challenges, even more than his predecessors.

Firstly, al-Sisi inherits an economy that is in complete freefall and 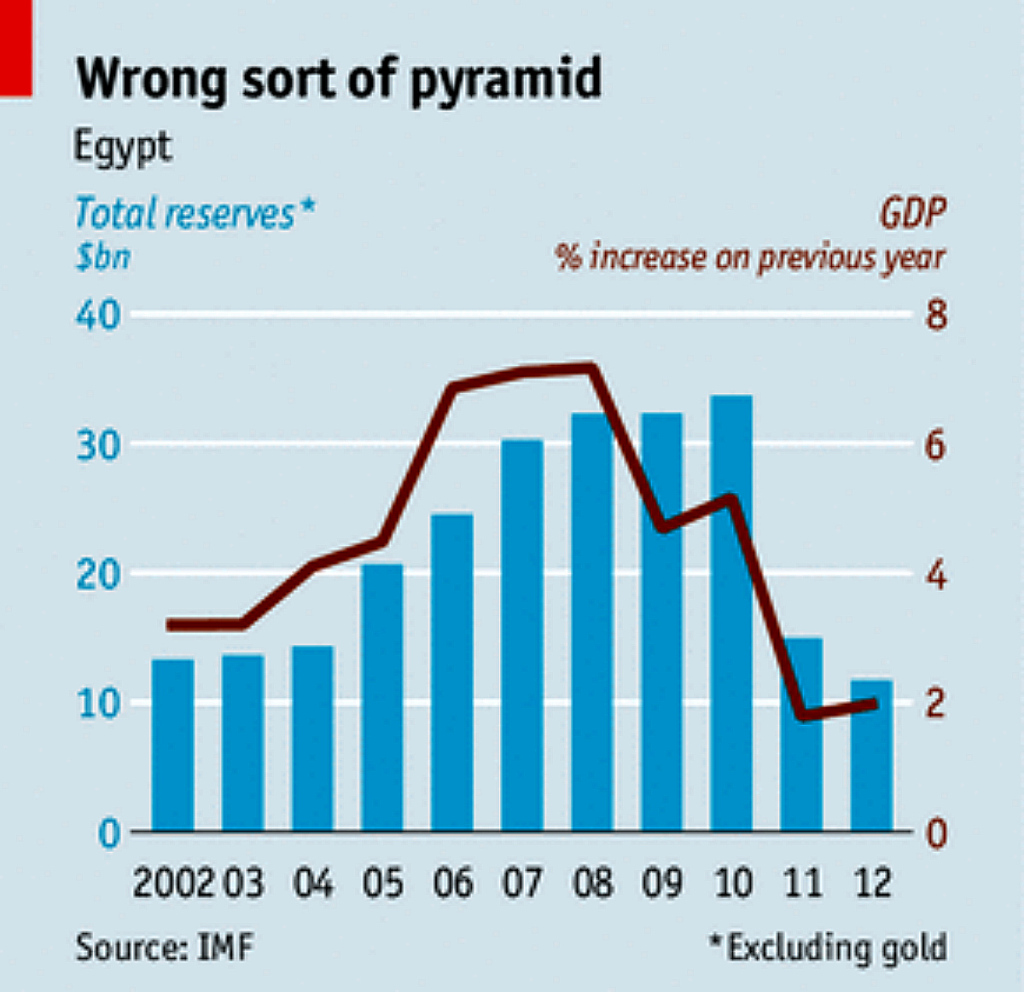 is today in worse shape than when Mubarak was overthrown. The problem with the Egyptian economy, historically,  has been the inability of successive rulers to develop a long term economic strategy. As the Egyptian population has increased (since 1990 Egypt’s population has increased 50%)[2] successive rulers favored short term stability to maintain power rather than long-term economic development. Egypt for long has relied on subsidies to ward off social instability. As Egypt’s population has grown and as economic mismanagement has got worse central government has come to rely more and more on imports. The large subsidy regime successive rulers implemented become more expensive to maintain which includes bread, gasoline, diesel, natural gas and electricity, all essential items for millions of poor Egyptians. Add to this Egypt’s $17 billion annual energy import bill,[3] the country has become heavily reliant on financial assistance from Saudi Arabia and the Gulf states. The subsidy system is not sustainable and is draining central governments finances, however the removal of this system will lead to price hikes, almost certainly leading the public back to the streets. Al-Sisi will have to tackle this catch 22 problem.

Secondly, al-Sisi will somehow need to balance the military’s economic interests and disproportionate influence in the country, which is at complete odds with the people. The current economic crisis was always waiting to happen because most of it is in the hands of the military rather than the people. The mil­i­tary is involved in the indus­trial and ser­vice sec­tors, includ­ing weapons, elec­tron­ics, con­sumer prod­ucts, infra­struc­ture devel­op­ment, agribusi­nesses, avi­a­tion, tourism and secu­rity.[4] Many of the big civil­ian insti­tu­tions and pub­lic sec­tor cor­po­ra­tions are in the hands of the military. The army is heav­ily involved in the national econ­omy; accord­ing to some esti­mates as much as 40% of the Egypt­ian econ­omy is con­trolled by the mil­i­tary and they would for obvi­ous rea­sons want to main­tain such a posi­tion.[5] Major changes are needed in the Egyptian economy, which require the generals to loosen their grip over the national economy so civilians can benefit from the nation’s wealth. However, it will be extremely difficult for Sisi to simultaneously appease both his military backers and the public.

Thirdly, al-Sisi lacks an established political party to rule through. When the Arab spring reached Egypt, ousting Hosni Mubarak, the military-backed single-party governing system collapsed, as the National Democratic Party (NDP) was dissolved through the courts and many of its members had lawsuits against them. Al-Sisi will need to form a ruling party that will be loyal to him but it will take him time to create one. Whilst al-Sisi’s predecessor – Hosni Mubarak worked through the National Democratic Party (NDP) creating a business class who were loyal to him, al-Sisi has no such support base. Sensing the return of the military Egypt’s various factions have been maneuvering ever since the coup against the MB. The al-Nour party who took power with the MB has been falling over themselves to support al-Sisi, even though this has made it lose face.[6] Al-Sisi unlike Mubarak will have to deal with a wider range of players, maintain their loyalty and offer them incentives, which he in reality does not have.

Fourthly, whilst al-Sisi will the presidential election with a considerable margin, much of this support is a mirage and is a result of events that have taken place rather than real support. The MB was able to win the parliamentary and presidential elections in 2012 as the people wanted the army out of politics and its proxy – Mubarak out. There were some secular elements that refused to accept the MB in power and as a result they challenged the MB at every opportunity, leading the country to a stand-still. Morsi and the MB were unable to deal with this effectively and the economy suffered considerably. The stand-off between the MB regime and the secular elements led to the complete halting of manufacturing, the closure of ports and general economic malaise. This eventually led many to turn against Morsi and the MB – despite voting them in earlier, and support the return of the army. This is why today al-Sisi commands considerable support as many are looking for stability and the return of a functioning economy – expectations are extremely high. Conscious of this expectation and the fact that his hands will be tied al-Sisi explained in an interview aired May 11 by Sky News Arabia that he has plans to improve living conditions within two years, but will step down if the people rise up against him without waiting for the army to remove him.[7] This shows al-Sisi knows the public support can shift, quite dramatically, and he is well aware of the risks of failure.

The situation in Egypt remains extremely fraught and everything depends upon al-Sisi’s ability to counter the political turmoil and economic malaise the country is suffering. The Military and al-Sisi’s biggest challenge would be from the MB, which is the most organised opposition group in the country. Al-Sisi has jailed the top leadership of the Muslim Brotherhood and thus has limited their ability to create public unrest. What will be difficult to accomplish will be improving living conditions for the Egyptian public, which is due to the lopsided economy that mainly benefits the military at the expense of the masses. Widening poverty, rising internal and external debt, and an energy crunch are getting worse by the day and will require policies that will upset the current balance of power in the country, if there is any intent to even resolve this. The military and the US abandoned Mubarak when public unrest spilled out of control and similarly the US abandoned Morsi when public unrest soared. Al-Sisi has given himself two years to ensure we do witness déjà vu in the country again.