By Shafiul Huq   Bangladesh’s ruling party has won one of the most violent elections in the country’s history, marred by street fighting, low turnout and a boycott by the opposition which made the result a foregone conclusion. Parliamentary elections held on 5th January 2014 were marred by violence and the main opposition, which is the 18-party alliance led by the Bangladesh Nationalist Party (BNP), had boycotted the polls. Their grievance was that the...
8th January 20147 min 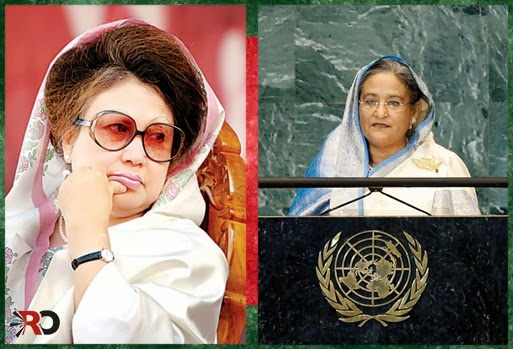 By Shafiul Huq
Bangladesh’s ruling party has won one of the most violent elections in the country’s history, marred by street fighting, low turnout and a boycott by the opposition which made the result a foregone conclusion. Parliamentary elections held on 5th January 2014 were marred by violence and the main opposition, which is the 18-party alliance led by the Bangladesh Nationalist Party (BNP), had boycotted the polls. Their grievance was that the ruling party, Awami League (AL), has amended the constitution to do away with the requirement for a non-partisan caretaker government to oversee the elections. Instead a multi-party committee was formed by the current Prime Minister and head of AL, Sheikh Hasina, to oversee the elections, which left her in power during the election period. The BNP claimed that elections had not been fair under Hasina and has been continuing to stage repeated protests and strikes across the country. The ensuing violence has been one of the worst episodes of political rivalry that the country has ever witnessed.
Repealing the requirement for a caretaker government was perceived by the opposition as a ploy undertaken by Hasina to remain in power. This is because the AL became increasingly unpopular over the last 5 years. Also, AL and the BNP have been rotating in power over the last two decades yet, neither of them have ever been re-elected for a second consecutive term. The results of the municipal elections held in mid-2013 also indicated that AL’s chances of returning to power did not look favourable.
Some of the reasons for AL’s unpopularity include:
1) The government’s incompetent handling of the Pilkhana massacre that resulted in some of the best army officers of the country being murdered [1],
2) A number of high profile corruption scandals involving individuals with close links to the ruling party, such as the Padma bridge scandal [2],
3) AL’s inability to resolve water-sharing disputes and to sign a land boundary agreement with India over disputed border regions[3] despite the AL government delivering on India’s demands for transit, access to Chittagong port, and helping India crackdown on separatist groups in India’s northeast; and,
4) The terror spread by some AL leaders, especially those of their student wing, Chhatro League, who are notorious for their involvement in a plethora of rape cases .[4]
Furthermore, AL is also seen as trying to suppress all forms of political Islam. This was most apparent in the brutal manner the security forces suppressed the protest, organised by Hefazat-e-Islam, against the atheist bloggers who insulted the Prophet Muhammad (Peace Be Upon Him).[5] The farcical trials of the Jamat-e-Islami leaders and the execution of Abdul Quader Molla, further strengthened this perception. Hasina’s stances against political Islam have cemented her backing from India, who do not want Bangladesh to become a hotbed of “extremism”. India considers the Islamic parties that the BNP have allied with, including Jamat-e-Islami, to be extremist groups. Also, AL has repeatedly fulfilled the aforementioned Indian demands thus securing India’s interests. Hence, India plans to step up diplomatic efforts following the elections to prevent any international criticism of Hasina. [7]
Although, the Indian Foreign Secretary Sujatha Singh has expressed hope that the elections would find “wide acceptability”[6], the West on the other hand, most notably the US, have raised concerns about the credibility of the elections, given that the main opposition parties did not participate and 154 out of 300 seats in the parliament were won unopposed by AL candidates. The US has been trying to convince Hasina to negotiate a compromise with the BNP, and to convince India to change its strictly pro-AL policy towards Bangladesh. This caused some Indian officials to accuse the US of “doing everything to bring back the BNP to power.” [8]
Khaleda Zia has appreciated the US’s push for a consensus solution and has called on India to “respect the aspirations” of the people of Bangladesh: “I thank the governments of the US, UK, Canada, Australia, China and Japan and the European Union and other friendly countries as they have continued to call for a consensus to resolve the crisis,” stated Zia.[9] The US, UK, UN and the Commonwealth did not send observers to the election, meaning the election would lack international recognition. In a press statement issued on the day following the elections, the US State Department deputy spokeswoman Marie Harf expressed disappointment at the elections and questioned its credibility. She also called for fresh elections saying, “…we encourage the Government of Bangladesh and opposition parties to engage in immediate dialogue to find a way to hold as soon as possible elections that are free, fair, peaceful, and credible, reflecting the will of the Bangladeshi people.” [10]
In the aftermath of the elections, the disgruntled opposition is likely to keep causing more violence on the streets of Bangladesh. There are speculations of an army-takeover, similar to what occurred in 2007, if the situation continues to deteriorate. However, many commentators have ruled out the possibility of such a recurrence.[11] This is because, previously, the UN threatened to cancel the Bangladeshi army’s participation in UN peacekeeping missions if political violence continued. This was seen as an indirect message from the UN for the Bangladeshi army to take measures to curb the violence. Contrary, the UN has recently requested Bangladeshi troops for its mission in Sudan, indicating that an army intervention will not find the same approval from the UN as before. Another possibility is that of new elections being held within a year, which is what the US has called for. However, once again, India may not be in agreement with the US on this matter. Whatever the outcome of the current political unrest may be, a lot will depend on the nature of agreement reached between the international players regarding the fate of the country.
[1] http://news.oneindia.in/2009/03/13/angry-bangladeshi-army-officers-blame-sheikh-hasina-for-bdr-.html
[2] http://archive.thedailystar.net/beta2/news/abul-hasan-chy-among-3-charged-by-canada-cops/
[3] http://www.indianexpress.com/news/-working-on-teesta-land-boundary-pact-/946577/
[4] http://www.shahidulnews.com/chhatra-leagues-sexual-offences-a-widespread-state-of-denial
[5] http://www.aljazeera.com/news/asia/2013/05/20135510413485449.html
[6] http://newagebd.com/detail.php?date=2013-12-05&nid=75579#.UsfsX9IW15U
[7] http://www.indianexpress.com/news/bangladesh-votes-today-india-decides-to-back-sheikh-hasina/1215621/
[8] http://www.newagebd.com/detail.php?date=2013-11-07&nid=72118#.Usf6GtIW15V
[9] http://articles.economictimes.indiatimes.com/2013-12-13/news/45162288_1_h-m-ershad-khaleda-zia-opposition-alliance
[10]http://www.state.gov/r/pa/prs/ps/2014/01/219331.htm
[11] http://www.newagebd.com/detail.php?date=2013-12-29&nid=78422
previous

Egypt and the Arab Spring: 3 Years on

Rebel Discord and the Syrian Uprising 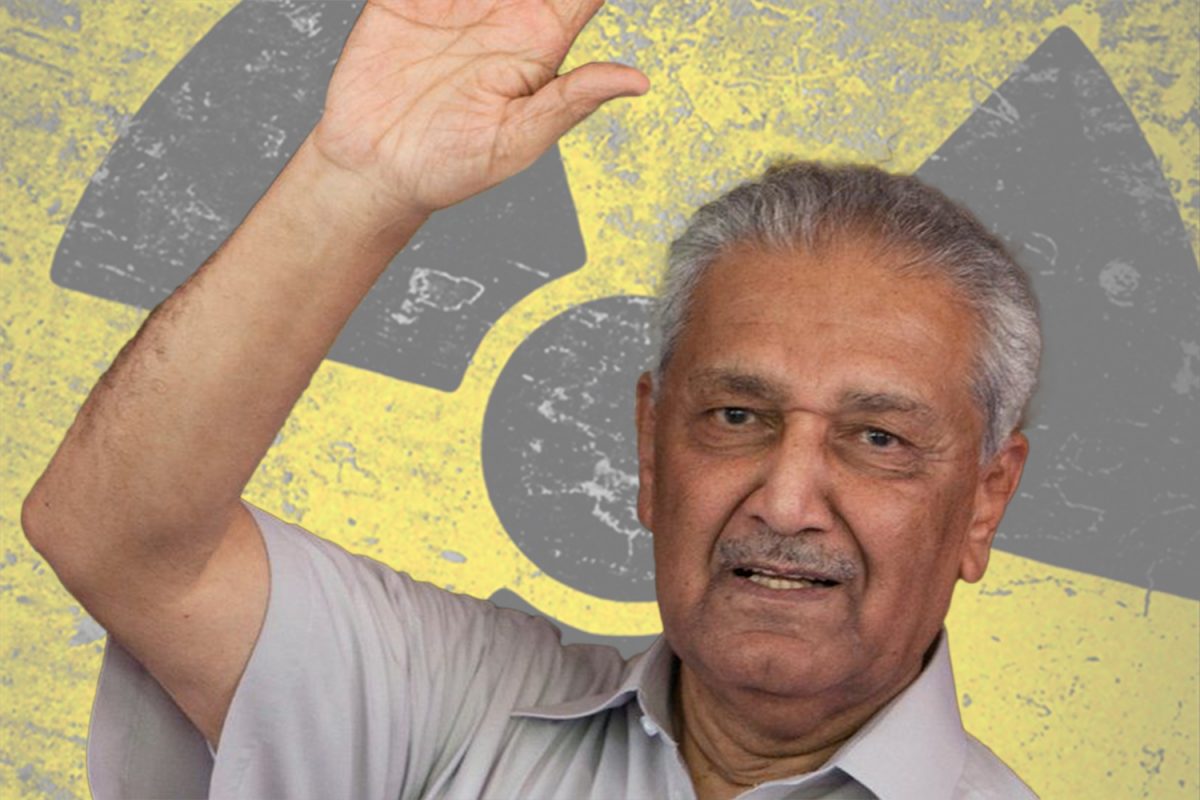