By Muzammil Hussain China unilaterally announced November 27 2013, an Air Defense Identification Zone (ADIZ) above the contested Senkaku/Diaoyu island chain in the East China Sea. An ADIZ is a unilateral means for a country to identify and monitor aircraft approaching its territory and its more formally defined airspace. This aggressive move by China is in line with its military ascent, which has been evolving with its rapid economic growth. China today is more confident...
12th December 20137 min 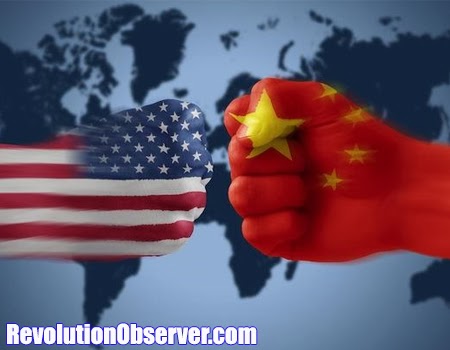 By Muzammil Hussain
China unilaterally announced November 27 2013, an Air Defense Identification Zone (ADIZ) above the contested Senkaku/Diaoyu island chain in the East China Sea. An ADIZ is a unilateral means for a country to identify and monitor aircraft approaching its territory and its more formally defined airspace. This aggressive move by China is in line with its military ascent, which has been evolving with its rapid economic growth. China today is more confident in its claims in the Asia-Pacific and challenging America’s presence in the region. In this light RO assesses the military balance between the US and China.

The 1991 war between the US its allies and Iraq precipitated a major rethink in Chinese military doctrine.  Prior to this event the Peoples Liberation Army (PLA) relied upon a soviet era doctrine which emphasised an extremely large number of poorly trained and poorly equipped troops, as guarantors against possible invasion by external powers.  In what was deemed a “Peoples war scenario”, the PLA would suffer massive casualties but would have near limitless reserves, whereas the losses caused by attrition against numerically inferior would be invaders would be sufficient to prevent the destruction of the Chinese state. It was clear from the annihilation of the Iraqi army, which was similarly equipped and followed a similar doctrine to the Chinese military that modern precision weapons could quickly obliterate soviet era equipment, and that the standoff afforded by these systems ensured minimal casualties to the military force using them. Hence against a modern western army the wearing effect would be firmly on the side of the PLA.1

To counter this threat the Chinese state embarked upon an extremely ambitious military modernisation program. This program seeks to manufacture most if not all equipment domestically and not to simply import readymade systems from foreign suppliers. To this end we see a proliferation of very sophisticated Chinese weapons systems being deployed by the triad of Chinese military services i.e. air, ground and navy forces.  These weapon systems seek to either match US/western weapon systems or neutralise the capability afforded by a US weapon systems. It is beyond the scope of this article to discuss all such developments, however the main developments will be assessed.

China has reportedly developed and tested the world first ASBM system called DF-21D,  which is reported to have a maximum range of 2700 kilometres.4,5 Although this is not a mature weapon system as of yet, the guidance system is continually being upgraded with the addition of new satellites and Unmanned Aerial Vehicles (UAV’s).

This system has the ability to fundamentally readdress the military balance in the Pacific Ocean, as there is at the moment no known defence against a fully functioning weapon system of this calibre. Instead of using relatively slow moving and interceptable cruise missile, this system uses ballistic missiles travelling at mach 10+, and hence it is extremely difficult to  counter. This system is in fact a area denial system which is a weapon system  that prevents an enemy from using a particular area as a staging post to launch attacks and hence is invaluable to prevent any intervention by the US in the Taiwan straits.

The commissioning of this system has forced the US to alter its policy vis-a-vis  China; rather than attempting a green water blockade close to the Chinese mainland, the US has been forced to adopt a defensive posture utilising the majority of its Ballistic missile defence vessels a considerable distance from the Chinese mainland.

Chinese Anti Satellite (ASAT) capability
A Chinese weather satellite, the FY-1C polar orbit satellite of the Fengyun series, at an altitude of 865 kilometres (537 mi), with a mass of 750 kg, was destroyed by a kinetic kill vehicle travelling with a speed of 8 km/s in the opposite direction 6.

An ASAT capability gives China the ability to target the Achilles heel of the US military .  The US is heavily reliant upon its space-based assets to enhance the war fighting capabilities of its armed forces.  Almost every sophisticated weapon is reliant on GPS and satellites for control and targeting, hence any disruption of these assets would adversely affect the capabilities of the US armed forces, leading to either a significant increase in costs in terms of lives and equipment or even military defeat 7.
The Chengdu J-20 and the Shenyang J-31
On the 11th of January 2011 the Chengdu J20 made its maiden flight, which lasted 15 minutes, this test put china into a very exclusive club, being only the third nation to develop a fully stealth capable aircraft.8 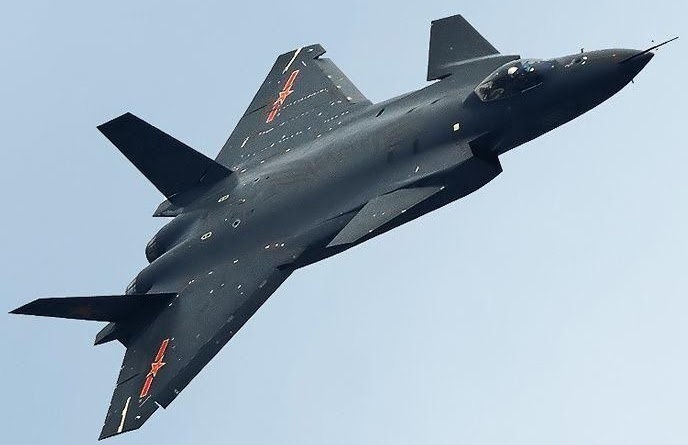 Further to this test, on the 31st October 2012 the Shenyang J-31 conducted high speed taxiing and briefly became airborne 9. This aircraft is reputed to be developed as a carrier based fifth generation fighter. This development has made China only the second nation in the world to have two fifth generation aircraft programs running at the same time.
Although development is required in critical subsystems upon maturation, these two complementary aircraft greatly increase the ability of China to defend its borders and project power thousands of kilometres from its shores.
In conclusion, china has made significant progress in modernising its armed forces but  the balance of military power between the US and China is still predominantly in favour of the US. If tension escalates in the Asia-Pacific, US intervention cannot be guaranteed to succeed or even to occur. The shifting military balance has made the possibility of war between China and the US a remote one.  The more important consequence of the modernisation of the Chinese military is the rapid increase of  advanced weapon systems to third parties which complicated the hitherto gunboat diplomacy that has characterised US foreign policy in the previous century.
9.   http://www.flightglobal.com/news/articles/pictures-new-chinese-fighter-conducts-maiden-flight-378353/
previous

Pakistan’s new COAS & the Challenges Ahead

Ukraine: A Battle for the Edge