By Adnan Khan The Government of Pakistan announced its new Chief of Army Staff (COAS) on 27 November 2013, ending almost a year of speculation.  Lt. General Raheel Sharif replaces General Ashfaq Pervez Kayani in what is considered the nation’s most important role. With a combined active and reserve force of over 1.2 million, the new COAS will lead the seventh largest army in the world. Pakistan’s army has played a critical role in the region and...
29th November 20136 min 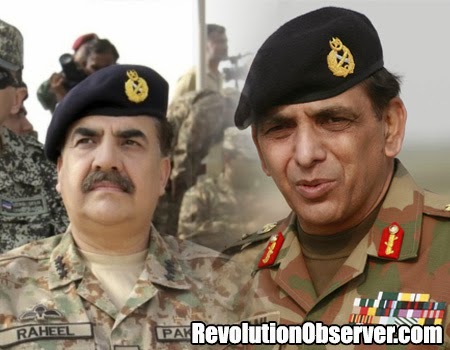 The Government of Pakistan announced its new Chief of Army Staff (COAS) on 27 November 2013, ending almost a year of speculation.  Lt. General Raheel Sharif replaces General Ashfaq Pervez Kayani in what is considered the nation’s most important role. With a combined active and reserve force of over 1.2 million, the new COAS will lead the seventh largest army in the world. Pakistan’s army has played a critical role in the region and in the last decade has been an essential component in America’s war in Afghanistan. Whilst the new COAS will be the focus of  research and study, the more important issue going forward is the shape and posture of the army (and the wider military) and its ability to be an effective force. Although the Pakistani military is one of the strongest forces in the Muslim world; countering terrorism and fulfilling America’s demands have together left their impression. There are four strategic imperatives that will constrain Pakistan’s military forces, all of which will dominate its posture for the foreseeable future.
Firstly, Pakistan’s land force of 617,000 troops forms the bulk of the armed forces and is the key element in its offensive and defensive capabilities. It is primarily arranged into 13 army corps, with nine of these deployed close to the Eastern border in anticipation of conventional conflict with India. Pakistan’s army is equipped mainly with ageing Chinese, Russian and American platforms, supplemented with some modern and capable platforms. Pakistan’s military inventory is thus dominated by foreign platforms, which has created a critical dependency. For over a decade, the US withheld sales of the F-16 which were to be a central component of Pakistan’s offensive aerial capability.[1] Pakistan’s only indigenous platform has been the Al-Khalid Main Battle Tank (MBT). An evolution of Chinese and Soviet tanks, the design is considerably smaller and lighter than the most Western tanks. Al-Khalid is unique in that it was designed to be adaptable for manufacture, so that it can be easily integrated with a variety of foreign engines and transmissions. Pakistan’s military lacks critical indigenous platform capabilities (such as engine technology for tanks, among others) which it will need in order for the military to be on par with regional powers and immune to external sanctions.
Secondly, the Pakistan Air Force similarly consists of an ageing fleet, with only a relatively small fleet of modern fighters. The F-7 is Pakistan’s primary combat fighter. This ageing jet is based on the Soviet MiG-21, which entered service with the Soviet air force in 1958 and was copy-produced by China beginning in the 1960s. A further 153 French-designed Dassault Mirages 3 and 5 make up the remaining combat fleet, many of which are second-hand and procured from other countries such as Libya and Australia, making Pakistan’s air force the largest operator of the type in the world. These ageing fleets are supplemented by 63  F-16’s and the joint Sino-Pak JF-17. 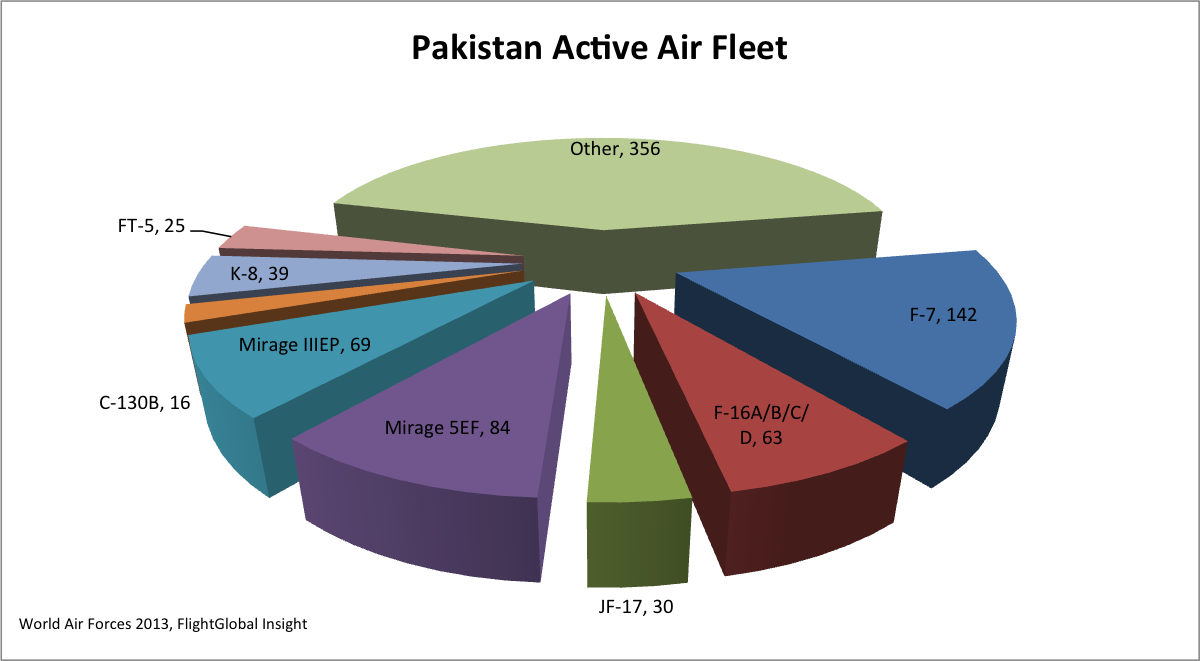 Pakistan’s ‘Achilles Heel’ with its air power is the fact that it operates separately from its ground forces. Air Marshal (retired) Masood Akhtar in an interview with the Harvard Kennedy school confirmed that, with the exception of recent internal security operations, the air force has generally been poorly integrated into overall military planning.[2]

Thirdly, Pakistan has a border along the major Sea Line of Communication (SLOC) but lacks a naval capability to project power due to the small size of its navy which owns around 71 vessels, most of which are of US or European origin. Pakistan bought 6 ex-royal British navy type-21 frigates, which Britain decommissioned in the early 1990’s. These are, however, being replaced with the modern F-22P Zulfiquar-class frigate. This class of ship is a general purpose frigate built by Pakistan and China, and produced at Karachi Shipyard and Engineering Works (KSEW) as a result of technology transfer. The Pakistan Navy also has 5 diesel electric submarines in service, which are of the French Agosta class. The French transferred the technology for the modern Agosta-90B submarine to Pakistan, which in the medium to long term will allow Pakistan to develop its indigenous maritime capability. For the moment however, Pakistan has no naval power projection capabilities and possesses a barely sizeable navy for domestic defence.
Fourthly, Pakistan’s military posture has always been dominated by India but over the last decade it has been completely hijacked by the US in its war in Afghanistan. General Kayani unilaterally carried out US demands and shifted the military’s posture towards the tribal areas. General Kayani announced on Pakistan’s Independence Day in 2012 that the foremost threat to Pakistan’s security is internal. This represented a radical departure from the past in which the threat perception was entirely external and India-focused.[3] Prior to the US invasion of Afghanistan, suicide bombings and Improvised Explosive Devices (IED) were unheard of in the country. America’s presence in the region and its subsequent drone war is the central reason many groups have turned their guns on Pakistan.
Pakistan’s military capability has been dominated by the US policy influences for the last decade and this would be the first thing the new military chief will need to correct. Its internal challenges are a direct result of America’s presence in the region. Breaking away from US policies would give Pakistan the much needed stability that it currently lacks. The new army chief needs to de-couple Pakistan from America. The country’s military continues to use ageing Chinese, European and American platforms, supplemented with a lower proportion of modern platforms. Also, its defence industry for the moment only produces a single platform from design to serial production, it does however produce numerous platforms on licence. Through technology transfer this can be overcome. With the US pivoting towards Asia in order to contain China, Pakistan will play an important role as it has close ties to China and also shares a border with it. America’s drawdown in the region will only increase Pakistan’s importance. It is high time to design a new role for Pakistan, independent from America’s detrimental objectives.

Rise of the Red Dragon