In part 1 of RO’s Arab spring anniversary series Libya since the fall of Gaddafi continues to face immense challenges in transitioning to something representative of its people, In part 2 we analyse where the Arab spring stands in Tunisia. By Adnan Khan Tunisia is the birthplace of the Arab spring. The self-immolation of Muhammed Bouazizi in Sidi Bouzid spread to thousands on the streets, eventually evolving into hundreds of thousands demanding political change for...
20th November 20136 min 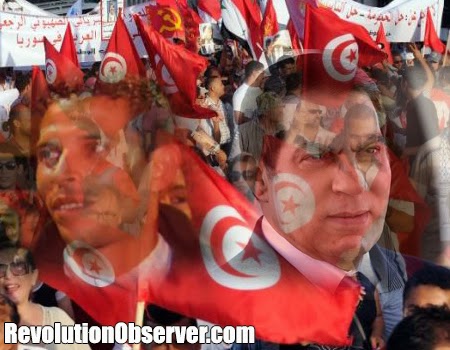 In part 1 of RO’s Arab spring anniversary series Libya since the fall of Gaddafi continues to face immense challenges in transitioning to something representative of its people, In part 2 we analyse where the Arab spring stands in Tunisia.
By Adnan Khan
Tunisia is the birthplace of the Arab spring. The self-immolation of Muhammed Bouazizi in Sidi Bouzid spread to thousands on the streets, eventually evolving into hundreds of thousands demanding political change for the entire region. When President Zine El Abidine Ben Ali was forced to flee on 14 January 2011, no-one ever forecasted the domino effect this would have on the region. The ending of the brutal rule of Ben Ali brought a sense of optimism that a new system of governance, more representative of the people of Tunisia could be implemented ushering a new era for the country’s 10 million population. However, three years on, Tunisia is marred in chaos and those who espoused Islamic rule have all but abandoned it once they assumed power.
An interim government replaced Ben Ali and elections took place in October 2011. The country’s Islamic group Ennahda won the legislative polls, securing 89 out of 217 seats,[1] and proceeded to form a coalition government with the secular parties that won the second and third-highest number of parliamentary seats. The rivalry between all these groups created political crisis at every juncture as they all jockeyed for power. This has been seen most potently in the writing of a new constitution. Matters however reached boiling point in February 2013 when Chokri Belaid, a prominent secular opposition leader was assassinated. This triggered mass protests and riots across Tunisia. With the government already struggling to rule, the killing of opposition lawmaker Mohammed Brahmi in July 2013 led to political gridlock.
The Masses of Tunisia voted for Ennahda due to their Islamic credentials. Once they won the elections in 2011, Ennahda made it perfectly clear they had no plans to implement Islam. Ennahda openly declared it would maintain the existing system, albeit with some cosmetic changes, but Islam will play virtually no role. Ennahda’s leader, Rachid Ghannouchi, explained with regards to establishing the Khilafah after its electoral victory: “Definitely, we are a nation state. We desire a state for Tunisian reforms, for the Tunisian State. As for the issue of the Khilafah, this is an issue that is not one of reality. The issue of today’s reality is that we are a Tunisian State that desires reform, so that it becomes a State for the Tunisian People, not against them.”[2] Ennahda has gone to great lengths to demonstrate its moderation to the West. Whilst Ennahda lacked much in policy development they continue to argue that Islamic solutions aren’t ready to deal with problems such as poverty, unemployment and development. They also falsely believe implementing Islam will scare minorities, scare investors and scare the international community.
Three years since the overthrow of Ben Ali, Tunisia remains without a constitution. Progress on the constitution, intermittent at the best of times, came to a complete halt following the assassination of opposition politician Mohamed Brahmi in July 2013. Sixty members of the National Constituent Assembly (NCA) withdrew and refused to participate in further meetings. The balance of powers in government rather than the role of Islam has been the major sticking point. “Tunisia is a free, independent and sovereign state, its religion is Islam, its language is Arabic and it is a republic, “We are not going to use the law to impose religion,”[3] Ennahda’s leader Rachid Ghannouchi told journalists after the Islamic party’s constituent committee voted to maintain the constitutional article by 52 votes to 12. The article, he added, “is the object of consensus among all sectors of society; preserving Tunisia’s Arab-Muslim identity while also guaranteeing the principles of a democratic and secular state.”[4] Tunisia’s economy and infrastructure continue to suffer [5] as much-needed reforms are impossible without a constitutional framework and Islam will continue to remain as the nation’s religion rather than play a role in the political order.
Ennahda’s abandonment of Islam undermined its Islamic credentials amongst the Tunisian masses, but its incompetency has only made matters worse in the country. Ennahda has struggled to rule in any meaningful manner, and its strategy of appeasement in the hope of maintaining some semblance of credibility has failed to shield this fact.  Ennahda’s Prime Minister Hamadi Jebali resigned in February 2013 in response to the political fallout from the assassination of Chokri Belaid. He refused to continue serving as prime minister even after Ennahda tried to nominate him for the post. Jebali proposed a plan that had support from the opposition: the appointment of a technocratic Cabinet to guide the Tunisian government forward until the constitution could be written and elections held. Jebali’s own party and the opposition both rejected the proposal. 56 of the 89 members of the Ennahda party in the Constituent Assembly voted against Jebali’s proposal for a technocratic government. Ennahda’s internal discord is one of the primary factors contributing to the political deadlock.
On the third anniversary of the Arab spring and in the birthplace of the uprising, Tunisia remains in gridlock and has failed to make progress in a Ben Ali-free world. The debates on Islam are used by the secular opposition to stall progress on all fronts even though the Islamic party in Tunisia has abandoned the implementation of Islam. It is unfortunate that a country who was brutalised for decades by a dictator, took its destiny into its own hands to bring real change to the country only to  now be held hostage by a new group of opportunists looking to institutionalise their role in Tunisian politics.
[1] http://www.tunisia-live.net/2011/11/14/tunisian-election-final-results-tables/
[2] Interview with Rachid Ghannouchi, France 24, 13 November 2011, http://alhittin.com/2011/11/13/rashid-al-ghannushi-rejects-the-idea-of-khilafah-wants-reforms/
[3] Tunisia’s Islamists rule out sharia in constitution, France 24, March 2012, http://www.france24.com/en/20120328-tunisia-islamists-rule-out-sharia-constitution-ennahda
[4] http://www.france24.com/en/20120328-tunisia-islamists-rule-out-sharia-constitution-ennahda
[5] http://www.economist.com/blogs/pomegranate/2013/03/tunisias-economy
Part 1 – Libya: 2 years on

Pakistan’s new COAS & the Challenges Ahead