By Muhammed Arif The US Government shutdown and the impending debt default are rooted in a simple fact – America is living beyond its means. What is more, it is not the first time that there has been a shutdown of all government non-essential activities (it last happened in 1995) or the first time debt was close to exceeding the limit (this last occurred as recently as July 2011). Soon after that the credit-rating agency Standard...
17th October 20135 min 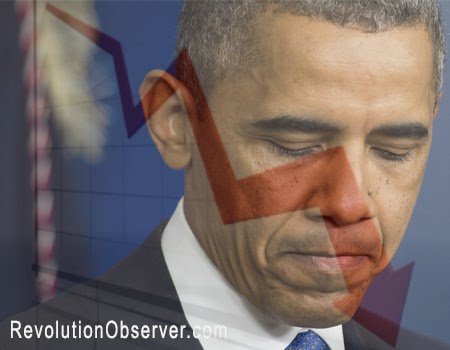 By Muhammed Arif
The US Government shutdown and the impending debt default are rooted in a simple fact – America is living beyond its means. What is more, it is not the first time that there has been a shutdown of all government non-essential activities (it last happened in 1995) or the first time debt was close to exceeding the limit (this last occurred as recently as July 2011). Soon after that the credit-rating agency Standard & Poor’s downgraded the credit rating of US government bonds for the first time in the country’s history.
The failure to agree on next year’s government spending budget (the deadline expired 30 September 2013) has resulted in an estimated 800,000 non-essential government employees being sent home without pay, while museums, parks and tourist attractions were closed.  The main sticking point in the budget is ‘Obamacare’, the Democrats’ plans for subsidised healthcare for an estimated 40 million people which the Republicans are not buying into. America’s not being able to meet its financial commitments is also at the core of the debt ceiling crisis. The ceiling is a limit set by Congress on the amount that the government can borrow for public spending and was set at $16.4 trillion in 2011 but later extended to $16.7 trillion (which somehow defeats the purpose of an ultimate upper limit). This crisis is looming as by current estimates the $16.7 trillion limit is due to be reached on 17 October 2013 based on planned government spending.
Most commentators blame America’s fractured politics for the dilemma[1]. The budget and raising of the debt ceiling both need to be passed by Congress, which is controlled by the Republicans while Democrats dominate the Senate. This, however, does not address the root of these financial woes – why does America face such a debt crisis in the first place? The answer lies in the often used phrase, “its economics, stupid!” To be more precise, it is capitalism and its insatiable appetite for debt in order to satisfy ever increasing conspicuous consumption. The US is drowning in a sea of debt which the global financial crisis has brought to the forefront. The US generated over $15 trillion in wealth in 2012, however the national debt – this is money the central and federal governments owe to the US public and the world through the bonds they have sold  – stands at $16.7 trillion. The US citizenry have a huge appetite for imports and real estate; as a result consumer debt stands at $15.8 trillion. US companies also have debts in excess of to $18 trillion. This makes the US indebted to a net debt amount in excesses of $60 trillion.
America’s national debt of $16.7 trillion is more than the total value of its economic output which means government debt exceeds 100% of GDP. America’s per capita income of $50,000 in any year is therefore all but cancelled out as debt, or the amount owed by every man, woman and child in the country.  The 16.7 trillion debt is the sum of past budget deficits. In fact, America last recorded a budget surplus in 2001 [2]. Since then there have been year on year budget deficits for more than a decade under both Republican and Democratic administrations. With respect to the debt “ceiling”, a quote the US Treasury corrects the misnomer: “Since 1960, Congress has acted 78 separate times to permanently raise, temporarily extend, or revise the definition of the debt limit – 49 times under Republican presidents and 29 times under Democratic presidents.” [3] Indeed, the debt ceiling has been raised no less than 91 times since 1940 when it stood at a mere $49 billion. This rather flexible debt ceiling reached $1 trillion in 1981 and exceeded $10 trillion in 2008 [4].
Over the last decade the Iraq and Afghan wars have been costing the US $255 million and $82 million a day, respectively. These wars were never envisioned to last this long and as a result the US government continued to incur more debt. The bank bailouts, stimulus plans and various attempts to kick start the US economy have all had temporary effects and now the US is in the same position prior to such interventions. With US economy faltering and struggling to create sustainable growth, questions are being asked about the ability of the US to repay its debts. Any further debt downgrade would raise serious questions on US global prowess.
This puts today’s political wrangling on the budget deficit and the impasse on the debt ceiling in its true context. Whilst the global media has given the shutdown much coverage it is unlikely, this will lead to a change in America’s global position. Unless the US loses its internal cohesion or its ability to govern effectively it will remain the world’s superpower despite periods of tension or political gridlock.