By Adnan Khan The fallout from the Syrian regime’s use of chemical weapons on Wednesday, August 21st initially shocked the international community as images beamed around the world of the hundreds suffering from the effects of poisonous chemicals. However, the subsequent weeks have turned into a stage-show, as nation after nation have made great statements but failed to deliver much in terms of action. A salient feature of the uprising of Syria has been the...
4th October 20135 min 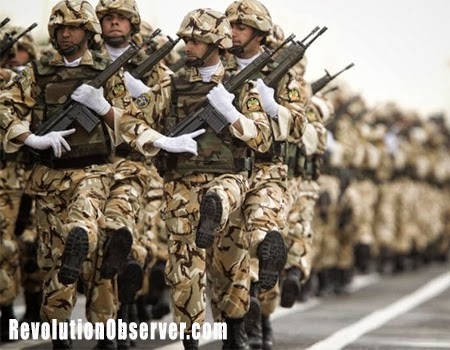 Adnan Khan
The fallout from the Syrian regime’s use of chemical weapons on Wednesday, August 21st initially shocked the international community as images beamed around the world of the hundreds suffering from the effects of poisonous chemicals. However, the subsequent weeks have turned into a stage-show, as nation after nation have made great statements but failed to deliver much in terms of action. A salient feature of the uprising of Syria has been the lackluster response of the surrounding Muslim lands. Rather than leading the way to solve the crisis, Turkey, Jordan, Qatar and Saudi Arabia have merely been conference organisers, middlemen for negotiations and holding grounds for CIA personnel. As the call for intervention fizzle out, the question is asked: what would  an intervention look like if some of the surrounding Muslim countries actually took it upon themselves to end the conflict in Syria?
An intervention by Turkey or Egypt, combined or individually, would face a small force. Prior to the uprising, al-Assad possessed an army consisting of eight armored divisions and three mechanised divisions. Syria always had very little indigenous military industry to speak of, and as a result, the country has always been reliant on foreign procurement of military weapons and systems. Syria’s ground forces were organized into three corps with a total of seven armoured divisions, three mechanized divisions, one Republican Guard division, and three Special Forces brigades organized into a nominal division. The army’s equipment included 4,700 tanks and 4,500 armoured personnel carriers. About 2,000 of the tanks are 1960s-vintage T-55s, another 1,000 only slightly newer T-62s. Many of these were embedded in static defensive positions and none have received much spare parts or maintenance since the Soviet Union collapsed. The Syrian air force had 611 combat planes, however, its combat planes are very old Soviet Sukhois and MiGs, which are rusting. Similarly, Syria possessed 850 surface-to-air missiles with 130 surface-to-air missile (SAM) batteries, which are now obsolete as they are just reconfigured SCUD missiles; notoriously inaccurate.
Bashar al-Assad has resorted to using the republican guard, the 4th armoured division and the 14th special forces, as many others have either defected or are Sunni and ‘cannot be trusted.’ Any Egyptian or Turkish intervention would be facing anything between 20,000 – 80,000 personnel. The recent defection of General Ali Habib placed regime forces at merely 38,000.[1] Turkey can draw upon army personnel of over a million and would only need to occupy Damascus and Aleppo to bring the conflict to an end. As Turkey shares a border with Syria, it will not have long supply lines and could quickly resupply troops whenever needed. The sheer size of Turkish armed forces would quickly overwhelm al-Assad’s defences.  Turkey makes its own Armoured Personnel Carriers (APC) and tanks. Syria would suffer from huge resupply efforts, as it is reliant on foreign supplies to replace destroyed equipment. Also, Turkey’s production facilities would continue to roll out APC’s and tanks if required. The last war which involved all of Syria’s army was the 1973 war with Israel, and since then only certain elements of the army have engaged in combat,  such as in Lebanon, the Syrian army has not taken part in the logistics of war for about four decades. The Turkish army, through NATO, has been involved in various conflicts around the world and adopted modern tactics and thinking into its army. The sheer size of the Turkish armed forces would quickly overwhelm al-Assad’s defences. It is also very likely that mass defections would take place in the face of a Turkish onslaught leading the capitulation of the al–Assad regime.
Bashar al-Assad has used his air force in order to lay siege to many towns. The Turkish Air Force (TuAF) is composed of approximately 200 F-16s, all of which are capable of undertaking precision ground strikes and intercepting enemy aircraft beyond visual distances. The TuAF’s F/A-4s are equipped for suppressing and destroying enemy air defence systems, and are capable of jamming enemy radars and SAM missiles due to their advanced ECM/EW suites.  Combined with Egypt’s fleet of 154 F16’s, both the Egyptian air force and the Turkish air force would only need to destroy 6 airbases, which the Syrian air force has relied upon.[2] Turkey has indigenously developed its own unmanned aerial vehicles such as the Anka, which will allow it to observe Syrian troop deployments in real time. A crucial difference between the air combat capability of Syria, Turkey, and Egypt is that both Turkey and Egypt have modern support systems in place for the planes they fly, resulting in a high proportion of aircraft being available for operations at any given time. The Turkish air force trains intensively with US and NATO instructors on F-16 operations. It is now competent enough to train other air forces in those same F-16 operations. As such, its pilots are highly trained and its capabilities are leagues ahead of what al-Assad has.
From the Mediterranean, both the Turkish and Egyptian navies could seal off al-Assad’s access to the ocean. The Syrian regime does not in reality have a navy, but is just a mere coast guard consisting of coastal defence ships and just 2 frigates. The Turkish navy, With 14 diesel electric attack submarines and 17 frigates, is the most powerful fleet in the Middle East and North Africa. Egypt can also deploy its 10 frigates in support of this naval blockade.
This proves that the military capability exists amongst the surrounding Muslim nations to end the crisis, what is missing really is the political will, thus the reason there hasn’t been any intervention is due to the lack of political will. Bashar al-Assad’s forces would stand little chance from an Egyptian or Turkish advance. Whilst Turkey continues to provide tents in aid to Syrian refugees, it has more than enough capability to bring the conflict to a speedy end and conclusion.
[1] http://www.reuters.com/article/2013/09/04/us-syria-crisis-defection-idUSBRE9830O420130904
[2] http://www.understandingwar.org/sites/default/files/RequiredSorties-to-DegradeSyrianAirPower.pdf
previous

Chemical Weapons and the US-Russia Détente