By Ali Harfouch Whether it was Obama’s tour in Europe or John Kerry’s testimony in Senate, it seemed clear that a strike against Syria was inevitable. Many were caught by surprise when the Obama administration’s trajectory (or at least rhetorically) was suddenly re-routed when it accepted a Russian proposal which called upon Assad to hand over his chemical weapons to the international community. More so, the United States played the dominant role in providing the...
9th October 20136 min 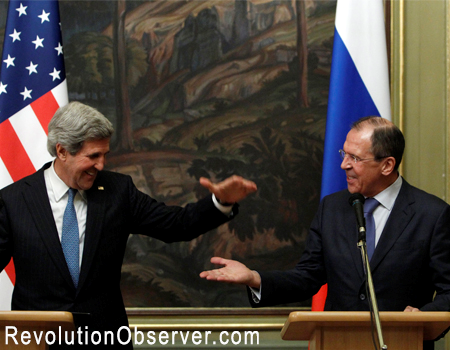 Ali Harfouch
Whether it was Obama’s tour in Europe or John Kerry’s testimony in Senate, it seemed clear that a strike against Syria was inevitable. Many were caught by surprise when the Obama administration’s trajectory (or at least rhetorically) was suddenly re-routed when it accepted a Russian proposal which called upon Assad to hand over his chemical weapons to the international community. More so, the United States played the dominant role in providing the “framework for the elimination of Syrian chemical weapons.” [1] The unanimous decision by the U.N Security agreement to eradicate Assad’s weapons – thus providing the Russian proposal international consensus – it is essential to re-examine the ‘Chemical weapons’ narrative more closely and ask why the United States opted for the proposal.
The United States and Russia do not represent two co-equal bipolar powers, internationally or regionally. While the United States’ scope of power is international, that of Russia is regional and has remained as such after the fall of the USSR. Put alternatively, there is no US v. Russian rivalry per se but rather an opportunistic Russia and its strong statesmen Putin trying to create a bluff; a false-image of global power. The Russian proposal, offered as an “alternative” to armed intervention, is not a compromise between two comparable world powers. Today’s Russia is incapable of exerting such pressure over the US, especially with regards to Syria.
Although the US considers the use of chemical weapons a red line, the Americans will not respond to such an attack based on self-sacrificing or humanitarian concerns. What was at stake in Syria was US credibility and maintaining the status quo following a series of political and military blunders in the Arab-Muslim world. Whether or not the US strikes take place in Syria was not hinging on the formation of international consensus or the UN report confirming the use of chemical weapons, but rather whether the attacks served US national interests. What makes this all the more clear is that the Russian proposal in itself is impractical in that it is nearly impossible to collect all of Assad’s chemical weapons in its various forms, especially as Obama had given Assad weeks to disperse his weapons across Syria following warnings of an “impending” attack.
From the onset, Obama’s limited strikes plan against Russia was marked by hesitancy. In Washington, the plan was met by major skepticism and internationally the US failed to form a consensus of any sorts for its limited strike, which fell short of its allies ambitions. As a defense mechanism, against a potential blunder in Syria, Obama sought congressional approval (unlike in Libya where he did not). By doing so, the strikes were no longer an act attributed to the Obama administration per se but rather to the US government – both inside and outside of the administration. As commander-in-chief however he was not required, constitutionally, to do so. A second move, which indicated Obama’s hesitancy was his keenness on winning over international support.
The reason why the U.S did not strike Syria is the same reason why General Martin Dempsey, the chairman of the Joint Chiefs of Staff said that it is not in the interests of the US to take sides in Syria. Put simply, a strike against Syria, no matter how minimal, would drag it into a conflict for which there is no optimal ends for US interests. Radical Islamic factions have made major gains across Syria while the western-backed Military Councils headed by Salim Idrisi are tottering and internally fraught by divisions. And while the U.S and its allies have invested major political capital in trying to empower a Western-backed opposition inside Syria and marginalize the radical Islamic factions – the exact opposite has occurred. In a game-changing move, 11 major factions formed an Islamic political and military alliance in response to the newly formed Western-backed opposition headed by the “moderate Islamist” Ahmad Touma[4]. What makes this alliance significant and devastating to the US is that firstly it is a political alliance and not merely a military alliance with a logistical scope, secondly, it includes the strongest factions in Syria and thirdly, it absorbs both ‘Moderate’ Islamic factions like Liwaa at-Tawheed and Liwaa al-Islam as well as more ‘Radical’ factions like Jubhat an-Nusra and Ahrar ash-Sham. This has left the Obama administration with very little room to maneuver and carry out its much promised support of the “moderate” rebels. Prior to this alliance, the US and its allies were left with three bleak options; using military power to strike the Assad regime, push for a political solution (Geneva 2) or both (for example; limited and punitive strikes against Assad) – all three of these options however relied on the ability of the U.S to ensure that moderate factions in Syria would be in a militarily and politically dominant position and thus ensure the continuity of neo-liberal policies. Liz Sly and Karen DeYoung of the Washington Post explained;“The creation of the bloc nonetheless leaves Idriss’s council directly responsible for just a handful of small units, calling into question the utility of extending aid to “moderate” rebels, according to Charles Lister of the London-based defense consultancy IHS Jane’s.”[3]
As the “international community” and the Western-backed Syrian ‘opposition’ continue to scramble for a political compromise, the Islamic factions in Syria will continue to make more strategic gains in Syria. Time has proven to be a key factor working against the US and its allies and will continue to be so. Accordingly, any move which would accelerate ‘time’ – for example – a strike to weaken the regime – is unlikely as the Obama administration frantically attempts to buy more of the very ‘time’ they are losing. The UN backed chemical weapons proposal aims at doing precisely just that; buying more time in order to facilitate the formation of a transitional government dominated by “Moderates” and mediated by the U.S.
[1] http://articles.washingtonpost.com/2013-09-15/world/42088949_1_lavrov-u-s-and-russian-negotiators-kerry

A Muslim Intervention in Syria