By Abu Anas The ousting of elected president Mohammed Morsi has brought Egypt back to an era of instability. Hundreds of thousands of protesters both for and against Morsi have filled the streets of Egypt; clashes between these protesters and the army caused many violent incidents. The Muslim Brotherhood, which Morsi belongs to, has accused the army and its chief of wanting to drive Egypt towards another Syria.[1] Such accusations arose after the army killed...
10th July 20135 min 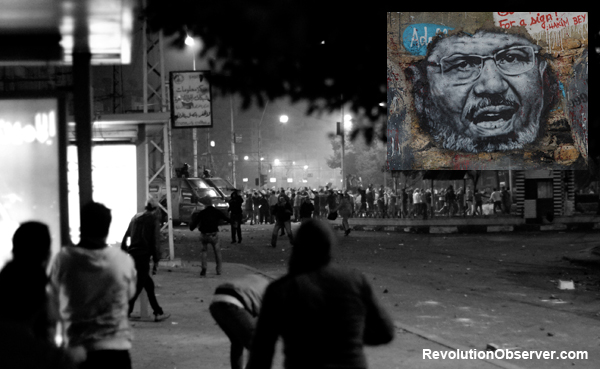 The ousting of elected president Mohammed Morsi has brought Egypt back to an era of instability. Hundreds of thousands of protesters both for and against Morsi have filled the streets of Egypt; clashes between these protesters and the army caused many violent incidents. The Muslim Brotherhood, which Morsi belongs to, has accused the army and its chief of wanting to drive Egypt towards another Syria.[1] Such accusations arose after the army killed 51 of the Brotherhood’s demonstrators and wounded over 430 others in front of the Republic Guard compound in Cairo.[2] In response, the army called the protesters “terrorists.”[2] With all this  turmoil, the question remains, where is Egypt headed to?

The leaders of several secular political factions have been able to mobilize tens of thousands of people on the streets due to 3 reasons: the dire economy, incompetence of the Brotherhood and the revolutionary sentiments still existing within the masses due to the Arab Spring. Since the coup in 1952 by Gamal Abdul-Nasser, the military institution has been the main power-broker in the country, and this is clearly highlighted by the fact that all previous presidents have been ex-military leaders. The Muslim Brotherhood was created in 1928 as a socio-political reaction to the demise of the Islamic Ottoman Caliphate in Istanbul. After 85 years of their inception and due to popular Islamic sentiments and the uprising in 2011, the army, through US blessings[3], has allowed the Brotherhood to reach the presidency. The secular factions were fragmented and could not rally enough support from Egyptian society, which left narrow leeway for maneuvering the Brotherhood.

The United States did not want political Islam’s influence to grow within the region, therefore it welcomed liberal Islamic movements, like the Brotherhood, to participate in the political process. The US had no issue with these movements reaching leadership positions as long as the real power resided within the hands of secular authorities, for example in Egypt it was mainly the armed forces. The US has not criticized the Egyptian army junta for ousting a democratically elected president, which shows that they are content with the move that has come through some form of popular demand. The US sees an opportunity to discredit the general Islamist agenda in the people’s eyes and not just the Brotherhood. Furthermore, the US strategists know that such a move would spur a strong reaction from the Islamist popular base which will definitely lead to some civil unrest and probably violence, at least for a period of time. So why would the US and the Egyptian army junta risk such a move?

The first possible reason for this coup is the critical need to limit the Muslim Brotherhood in power, since they’ve expanded their influence relatively within government and provincial administrative agencies. The mobilization of the crowds by the secularists provided an excellent opportunity and excuse for such interference. Within the American establishment, there are those who push for more collaboration with the “liberal Islamists” in order to sideline and marginalize those Islamists who call for real change, but others, also influential, look at them with an eye of distrust. They claim that those movements are pragmatic and their real goal is to reach power and then discredit democracy. Therefore, the push to accommodate the Brotherhood and draw red lines to limit their spaces of political maneuvering becomes highly important. The greatest problem is that the Egyptian army has been sold on this and now they will have to face the civil unrest that is the result of such an overthrow!

The second possible reason is the US intent to drive the country into long-term armed strife within the Egyptian society, through militant organizations and the Egyptian army. That would be understandable if one looks at the violent trend whenever the US and the Western powers think there might be a threat of political Islam supported by some popular base in a country. Examples include Algeria and Iraq in the 1990s, Sudan and Pakistan in 2000s and most recently Bangladesh and Syria. In Egypt, violence has already ensued and is exacerbating in many areas especially in Sinai, where there are claims that militant organizations have launched several attacks at military checkpoints as has been reported by Reuters.[4] The Brotherhood might not be able to control some of its base especially when they are rallying the people against the “oppression” of the army and emotions are high.

The change that happened in 2011 due to the Arab Spring was not a real change but a change of the face of the regime utilizing an Islamic face to delude the masses. The US influence did not cease to exist and therefore they continued to affect internal power structures and policies. The Brotherhood did fall into the trap of being given “power” without real authority and hence that has led to their ousting at the pleasure of the army. Egypt is on the verge of long-term civil unrest that probably but not certainly would be stopped through a compromise between the army and the Brotherhood. A compromise thereof will not let the Brotherhood achieve a better position in power. The Brotherhood’s best plan of action would be to disengage from the political process, once and for all, and to rally the crowds for an Islamic state in which they would have real power where the majority of the Egyptian people stand behind them.

The Ousting of Egypt's Morsi

The Politics of Egypt’s Military