By Adnan Khan A number of incidents in recent weeks deserve a deeper look. While these events took place on different continents and at different times, they shed a fascinating window into the scope and nature of intelligence efforts around the world. In early April 2013, the US government announced it was pursuing charges against Marta Rita Velazquez with conspiracy to commit espionage on behalf of the Cuban government. She is accused of being a...
31st May 20136 min 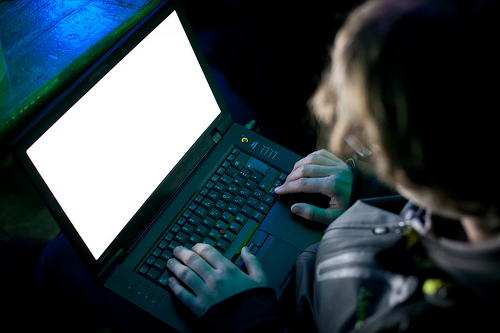 By Adnan Khan
A number of incidents in recent weeks deserve a deeper look. While these events took place on different continents and at different times, they shed a fascinating window into the scope and nature of intelligence efforts around the world. In early April 2013, the US government announced it was pursuing charges against Marta Rita Velazquez with conspiracy to commit espionage on behalf of the Cuban government. She is accused of being a Cuban agent within the US government for over 18 years! In mid-April the Boston Marathon bombing took place and subsequent investigations brought to light long and deep contacts between the bombers and the CIA.[1] In mid-May Ryan Fogle, an employee of the US Embassy in Moscow, was captured by Russia’s intelligence services (FSB) working for the CIA attempting to infiltrate Russia’s security services. Evidence is now emerging of links between Britain’s secret services and the suspects who murdered a British soldier in London on May 22nd, 2013. These events give a number of insights into the world of intelligence.
On May 15, Russia expelled Ryan Fogle after he was caught attempting to recruit a Federal Security Service officer in the country.[2] The tit-for-tat expulsion of spies between Russia and the US has been going on for some time, which did not end with the Cold War. If Ryan Fogle was in fact a CIA operative, it would seem that something had gone wrong and his mission was compromised. In 2010, a Russian spy ring was captured and deported after being caught working undercover for over a decade.[3] These events show that there are no friendly intelligence services and that all intelligence agencies exist for the purpose of stealing secrets from other countries. Agencies may cooperate on criminal-related issues and even terrorism, but when it comes to espionage, each agency is on their own and no country is immune.
As the investigation into the Boston bombings continues, what has become very clear is that the CIA and FBI had not only been in contact with Dzhokhar and Tamerlan Tsarnaev, who are accused of carrying out the Boston bombings, but had for a decade been attempting to recruit them through bribes, threats, and blackmail.[4] All intelligence agencies operate outside the law and work to recruit a supply line of informants to spy on enemies as well as allies. Such power gives intelligence agencies the ability to conduct operations which usually serve political aims. A number of bombings in Iraq during the US invasion have been linked to intelligence agencies trying to divide the Sunni and Shi’ah.[5] In Pakistan, Raymond Davis, the US operative, was exposed as someone working to sow chaos in in the country in order to achieve America’s political aims.[6] As per the legal standard, the question of the ‘motive’ behind this attack arises, when looking into the relationship between the Tsarnaev brothers and the intelligence services; why would they conduct such an attack? War and covert intelligence operations are simply different channels to achieve political ends; the inconsistencies surrounding the Boston marathon bombings in relation to photographic and video evidences present the possibility of a false flag operation.[7]
The recent attack in London which left a British soldier dead, has very quickly been used by the British government to try and pass a raft of new laws to increase surveillance of the population, with an emphasis on Muslims. It is now coming to light that Micheal Adebolajo – one of the two men who carried out the attack – was ‘pestered’ by MI5 agents, pressuring him to become an informant for them and infiltrate ‘radical’ Islamic groups.[8] Adebolajo was known to British intelligence agencies for years, however their focus was on recruiting rather than arresting him. These incidents and many like them show that whilst the US and British forces may have a large pool of informants abroad, within their own countries they have struggled to enlist informants from the Muslim community.
The case of the Cuban spy network in the US government reveals a number of interesting insights. Marta Rita Velazquez was recruited by the Cuban intelligence service in 1983 while she was a student at Johns Hopkins University in Washington. She served as a spotter agent, helping Cuba recruit people who either occupied sensitive national security positions or had the potential to move into such positions. After assuming a false identity, she travelled to Havana in 1985 and was trained in espionage. Velazquez took a position as a legal advisor for Central America with the US Agency for International Development. Her cover was blown in 2002 when Ana Belen Montes – someone Velazquez recruited and who was the Defense Intelligence Agency’s most senior Cuba analyst – was arrested by the FBI in 2001. Montes pleaded guilty to ‘conspiracy to commit espionage’ charges and is currently serving a 25-year sentence.
Analysis of the Cuban incident begs the question: how did a small and poor nation like Cuba successfully recruit agents and place them in critical positions within the US government for so long? Velazquez espionage was solid for the 18 years. What does this say about the efforts and successes of larger and richer nations with much more aggressive intelligence agencies, like China and Russia? In the 21st century, espionage is as prominent a tool as it was during the cold war. While espionage efforts on a country-to-country basis are what dominate the headlines, the covert operations that are not heavily publicized are what deserve the most scrutiny. These recent events reveal much about the inner workings and trends within the intelligence community, and show that every nation is spying on other nations despite rhetoric to the contrary.
[1] http://www.globalresearch.ca/boston-truth-both-fbi-cia-watched-boston-bombing-suspects-for-years/5332942
[2] http://rt.com/news/fsb-detain-cia-agent-253/
[3] http://online.wsj.com/article/SB10001424052748704103904575336411979640900.html?KEYWORDS=russian+spies
[4] http://www.presstv.ir/detail/2013/04/19/299196/boston-bombing-suspects-were-set-up/
[5] http://www.atimes.com/atimes/Middle_East/GF10Ak03.html
[6] http://www.nytimes.com/2013/04/14/magazine/raymond-davis-pakistan.html?partner=rss&emc=rss&smid=tw-nytimesworld&_r=1&
[7] http://www.veteranstoday.com/2013/05/11/false-flag-theater-boston-bombing-involves-clearly-staged-carnage/
[8] http://www.independent.co.uk/news/uk/crime/woolwich-attack-terror-suspect-michael-adebolajo-was-arrested-in-kenya-on-suspicion-of-being-at-centre-of-alqaidainspired-plot-8632398.html

* This image above is licensed under a Creative Commons Attribution-ShareAlike 2.0 Generic License by Christopher Schirner

The Game of Pak-Afghan Borders