By Adnan Khan The opposition forces have attracted much global attention as the battle for Syria crossed the two year mark. In March 2013, exactly two years from the start of the uprising the rebel forces captured their first provincial capital – al-Raqqa, one of the 14 governorates in Syria. Ever since, al-Assad’s forces have conducted several offensives against rebel positions, forcing them to withdraw and give up strategic gains. Currently regime forces are conducting...
22nd May 20135 min 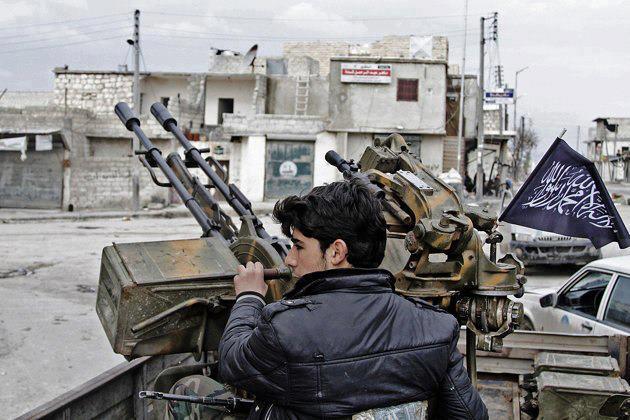 The opposition forces have attracted much global attention as the battle for Syria crossed the two year mark. In March 2013, exactly two years from the start of the uprising the rebel forces captured their first provincial capital – al-Raqqa, one of the 14 governorates in Syria. Ever since, al-Assad’s forces have conducted several offensives against rebel positions, forcing them to withdraw and give up strategic gains. Currently regime forces are conducting operations for the strategic town of Al-Qusayr that sits along a major transit point for rebel supplies and reinforcements coming in from Lebanon. After months on the defensive the regime is now on the offensive. Whether this shift is sustainable remains to be seen; there are however four fundamental reasons why this shift is taking place.
Despite the rhetoric from the international community, Bashar al-Assad has received international support ever since the uprising began. While the US publicly criticizes the al-Assad regime, careful analysis of its actions show it has actually strengthened the regime. By drawing a red line on the use of chemical weapons by the regime, the US has given a green light to carry out ‘lesser’ massacres and murders. The US has ensured no heavy weapons reach the rebel fighters – which would shift the balance of power but have distributed light arms to specific factions to divide the opposition. The New York Times confirmed: “The weapons’ distribution has been principally to armed groups viewed as nationalist and secular, and appears to have been intended to bypass the jihadist groups whose roles in the war have alarmed Western and regional powers.”[1] Similarly the Israeli attacks in Syria, whilst targeted at supplies to Hizbullah, also had another purpose as outlined by an Israeli analyst: “Analysts have suggested that the greatest danger was not the use of chemical weapons, but that advancing rebels might seize them.”[2] Recent statements by the former head of Mossad attest to the fact that al-Assad is Israel’s man in Damascus.[3][4]
After steadily losing territory to rebels during the first two years of the conflict, government forces have progressed on a number of key fronts in recent weeks. They have routed rebel forces in the southern province of Dara’a, outside Damascus and in the central city of Homs and its surrounding villages. Whilst Hizbullah has been involved in the uprising as an aid to Assad’s forces, it has in the past weeks taken the role of conducting major offensives. Hizbullah has added muscle to al-Assad’s strategy to maintain and fight it out in remaining Alawi dominated areas. Hizbullah  fighters poured across the border from Lebanon into Syria to lead the assault on the rebel stronghold of Qusair.  Whilst regime forces have been largely deployed to the north and east of the city, Hizbollah fighters advanced on the city from the south and west.
External help from Iran has enabled al-Assad to create a new militia known as the National Defense Force (NDF) which has helped to offset the losses incurred by the army. This alternative Alawi army has replaced the largely unreliable, Sunni conscript army. Largely recruited from localised gangs of thugs, with the help of Iran and Hezbollah advisers, the regime has been able to rapidly train and deploy members of this militia. The NDF has helped free up the conventional army to execute more difficult offensive operations. With the aid of Hizbullah, al-Assad has subdued rebel operations in Homs, a goal it has tried to achieve since the early stages of the uprising. Control over Homs will enable al-Assad to rapidly move forces from the north to the south to meet emerging rebel threats. It will also provide a key avenue of retreat to the Alawi coast in the event that he needs to flee Damascus.
Recent months have seen increasing infighting among rebels groups, diminishing their ability to form a united front against the regime. The rebels have taken over the East and most of the north of Syria, which the regime has all but given up trying to reclaim. This has brought the oil fields into the hands of rebels, but has also led to rebel groups to turn their guns on each other in the battle over oil, water and agricultural land, military pressure on Bashar al-Assad’s government from the north and east has eased off. Jabhat al-Nusra controls the majority of the oil wells in Deir Ezzor province. They have also seized control of other fields from Kurdish groups further to the north-east, in al-Hasakah governorate. The war’s duration and the competition for resources has left the opposition fractured. On May 16 2013 the Islamic Shari’ah Commission in Aleppo went after those rebels accused of looting. The council sent fighters to surround the group’s headquarters and arrested some of its members, confiscating trucks full of looted goods.
For the first time in two years, al-Assad’s regime is showing some signs of sustained results. This has been fundamentally due to external support bearing fruits, but more importantly due to division within the rebel ranks. The decentralized structure of the rebels has been their strength in facing off against the regime across the country. A sustained assault is now needed on Damascus and other regime held areas, which will require a central command and control structure in order to lead a sustained assault. In the territories the rebels hold, different groups have taken over and worked to establish some sort of administration. Maintaining cohesion amongst the rebel groups is essential as there is a clear agenda to divide their ranks, weaken them and then through various summits and conferences impose an alternative resolution to the uprising. Remaining united will ensure the aims of the uprising are met and not derailed, despite the regime winning some battles, it is very far from winning the war.

The Game of Pak-Afghan Borders