By Bilal Khan At the request of the governments of China, Pakistan and Russia, the United Nations Office of the High Commissioner of Human Rights (UNHCR) will investigate allegations of civilian deaths resulting from U.S (as well as British and Israeli) drone strikes. Drawing on a sample of 25 drone strikes in Pakistan, Afghanistan, Yemen and Palestine where reports of civilian deaths are considered credible, Ben Emmerson, the U.N’s special rapporteur for human rights and...
24th February 201312 min 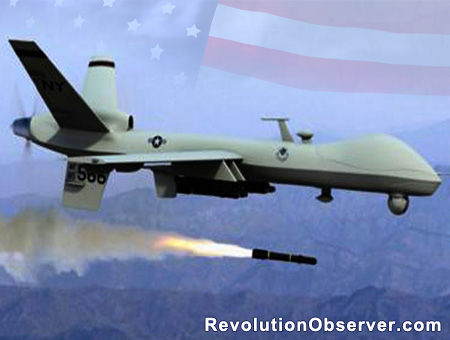 At the request of the governments of China, Pakistan and Russia, the United Nations Office of the High Commissioner of Human Rights (UNHCR) will investigate allegations of civilian deaths resulting from U.S (as well as British and Israeli) drone strikes. Drawing on a sample of 25 drone strikes in Pakistan, Afghanistan, Yemen and Palestine where reports of civilian deaths are considered credible, Ben Emmerson, the U.N’s special rapporteur for human rights and counterterrorism will lead the investigation.[1] The U.N announcement invited praise and optimism from numerous civil liberties and human rights organizations from across the world[2], and for good reason. The special rapporteur announced his intention to designate certain strikes as war crimes should they constitute as such according to international law.[3]

However, although there is willingness on the part of the United Nations to incorporate legal and humanitarian concerns in drone warfare, this aim does not include correcting the injustices committed against the victims of U.S drone strikes. For example, although the rapporteur is willing to identify war crimes, he has no intention to pursue action against the perpetrators.[4] In fact, a significant proportion of the rapporteur’s attention is directed at the reality of armed drones becoming common, i.e. in use with many of the 70 countries already deploying drones for surveillance and reconnaissance.[5] In other words, the U.N is using this investigation as a step towards creating a framework for drone warfare that would, in the words of the rapporteur, “regulate its use in a manner that complies with the requirements of international law.”[6] However, the extent to which future victims could be protected by such a framework by the U.N, an institution with little capacity to enforce its mandates upon states,[7] is questionable at best.

The reputation of U.S drone strikes (particularly those carried out by the Central Intelligence Agency or CIA) are widely recognized for their frequent attacks in countries with whom no war has been declared nor any sanction approved for foreign strikes.[8] To address the concern of violating another country’s sovereignty, the U.S. government asserts that it is granted permission by the recipient country’s government, such as in the case of Pakistan.[9] However, such governments are generally viewed by their populations as corrupt and submissive to foreign pressure and, thus, the strikes are seen as invasive.[10] Furthermore, drone strikes are often followed by allegations of civilian deaths, particularly of children[11] and even relief workers.[12]

Although allegations of civilian deaths are present, the reality of U.S drone strikes is that in almost every instance the person killed was targeted because he or she was considered within U.S security circles as a terrorist or imminent threat.[13] However, by pursuing this course of action the U.S government has taken upon itself to accuse individuals of terrorism, determine their guilt and execute them. Those attacked by these drones on the charge of terrorism have no opportunity to present their views in court. In fact, their innocence is only determined with “explicit intelligence posthumously (after death) proving them innocent”[14] In other words, actual guilt or innocence is only determined after the accused is killed.

Also disturbing is the manner in which the U.S government determines its targets. For example, the CIA can employ “signature strikes” in which targets are identified because “they seem to fit a pattern of terrorist behavior.”[15] In other words, they are picked based on presumption and a measure that is random and unavailable for legal accountability.[16] With all of this in mind one might be tempted to view the UNHCR’s investigation as a step towards protecting future victims through obliging the U.S (and others) to transparency and accountability.[17] However, even if such a framework is formed, there is little guarantee that the world’s major powers would abide by such a mandate.

In addition to a high proportion of civilian deaths (sometimes in excess of 90%)[21], U.S drone strikes have had far-reaching consequences on their victims’ communities and futures. For example, local economies are destroyed and populations are put through constant psychological fear of future attacks.[22] Even schools are targets, and the resulting casualties have frightened entire communities with children afraid to attend school, parents afraid to attend weddings or even conduct business.[23] Regarding Pakistan’s North West, a researcher notes “that [a]n entire region is being terrorized by the constant threat of death from the skies.”[24]

When it came to the attacks carried out by Al Qaeda, the international community was more than willing to spend tens of billions of dollars to wage wars, disregard laws and harm tens, if not hundreds, of thousands civilians in order to bring the perpetrators to justice. However, when the very same loss of life and long-term damage is committed openly by American officials, the international community (and in particular the U.N) offers no intention to rectify the injustices. In fact, it would recognize a war crime and yet refuse to engage in a trial, thereby denying many of the values and beliefs that were claimed to be upheld by the War on Terror. Such differences should only invite distrust and suspicion towards the legitimacy of the United Nations, especially since this investigation does nothing to fix the past nor genuinely protect the future.

France and the Global Balance of Power

Has the EU had its day?